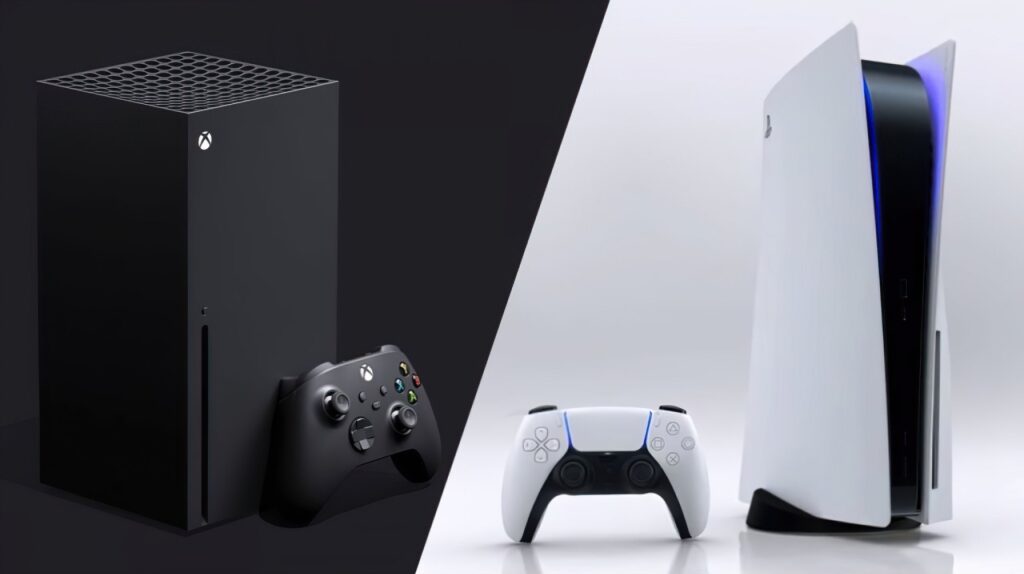 Xbox Series X and Playstation 5 have a different design but one common feature in it – the consoles are big. Xbox offers a minimalist cuboid with 6” clearance from any side. The console may be placed vertical and horizontal alike, but the cooling system implies a vertical position as the most optimal variant. Xbox has straight lines and does not attract much attention. Playstation, on the contrary, has curvy forms with a minimum clearance of 4.25” and white color. In total, the console is 50% bigger than Xbox. Both of the consoles are quiet, except for the noise from the working discs. However, Playstation has a slight discernible fan noise, while Xbox is literally whisper-quiet. Besides, Xbox Series S is as quiet as its Series X sibling while being small and closer in profile to 2017`s Xbox One X, which will fit in a crowded entertainment system. Both consoles consume a similar amount of energy, which means that the choice of design in xbox vs playstation is a pure choice of aesthetic preferences.

Playstation or Xbox: Who is the most powerful?

In terms of the performance of xbox vs playstation, both of the consoles are quite indistinguishable. There are minor differences here and there; for example, Xbox Series X has a faster loading time, while PS 5 shows more qualitative images with stable-high frame-rate. However, a direct comparison between the raw power of the consoles is pointless because, in the end, they have similar numbers. The more important thing to compare is the games’ performance itself.

There are not many next-gen titles at the moment. However, we may draw some conclusions from xbox vs playstation. PS 5 exclusive Demon’s Souls, a remake of the same name game, has two modes of working: cinematographic and productivity. In the cinematographic mode, the game gives stable 30 FPS and shows the maximum amount of effects, particles, and new visual technologies such as ray tracing. At the same time, productivity mode offers less visual effects but stable 60 FPS performance, even in the most intense scenes. 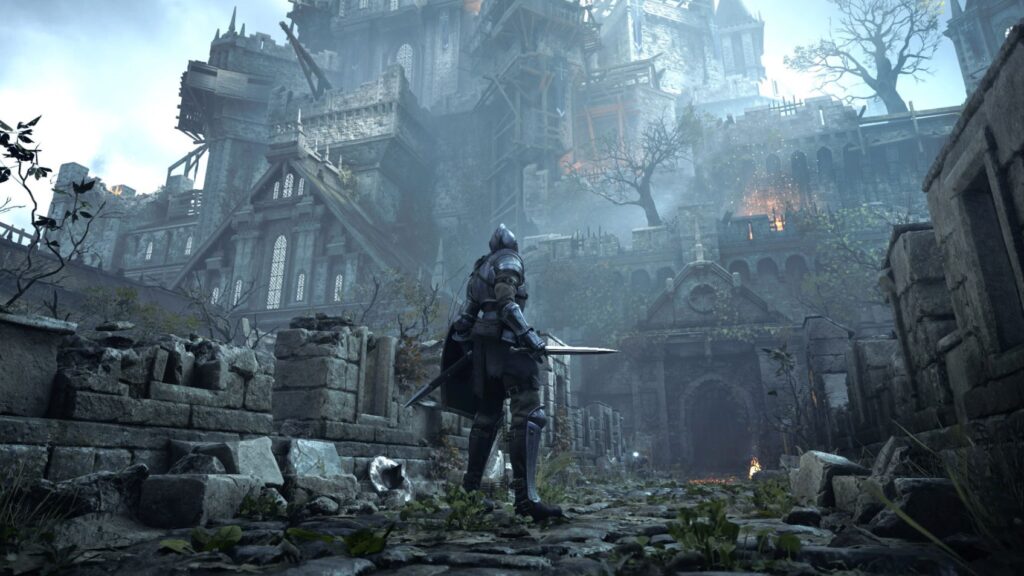 Meanwhile, past gen games on the Xbox Series X show lighting speed loadings, even without loading screens, and stable 60 FPS. Besides, Xbox provides the “Quick Resume” function, which allows you to play several games simultaneously and switch between them in an instant, without losing progress.

Smaller versions of the consoles offer almost the same functionality for a lower price in xbox vs playstation. First of all, Xbox Series X and PS 5 Digital Edition do not have optical drivers, which make it impossible to use discs. 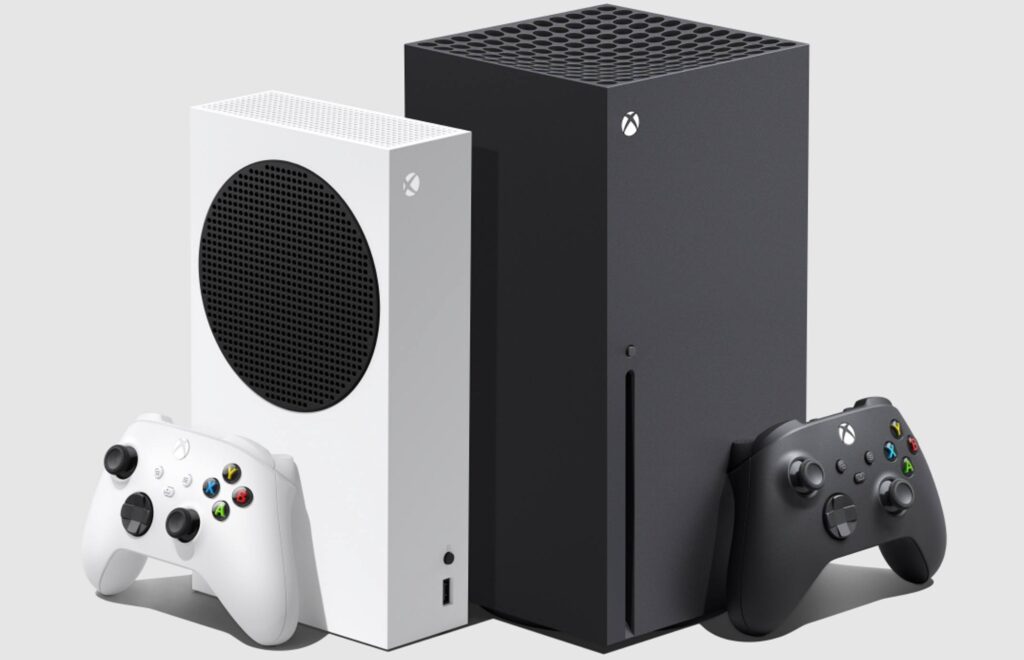 Xbox Series S is smaller than Series X and shows 2K resolution instead of 4K on Series X. At the same time, the PS5 digital edition has the same functionality and features as the regular PS5. However, the decisive factor here is the price. PS5 has a price tag of $499, Digital Edition $399, and Xbox Series X – $300, making it the cheapest option of next-gen consoles on the market. 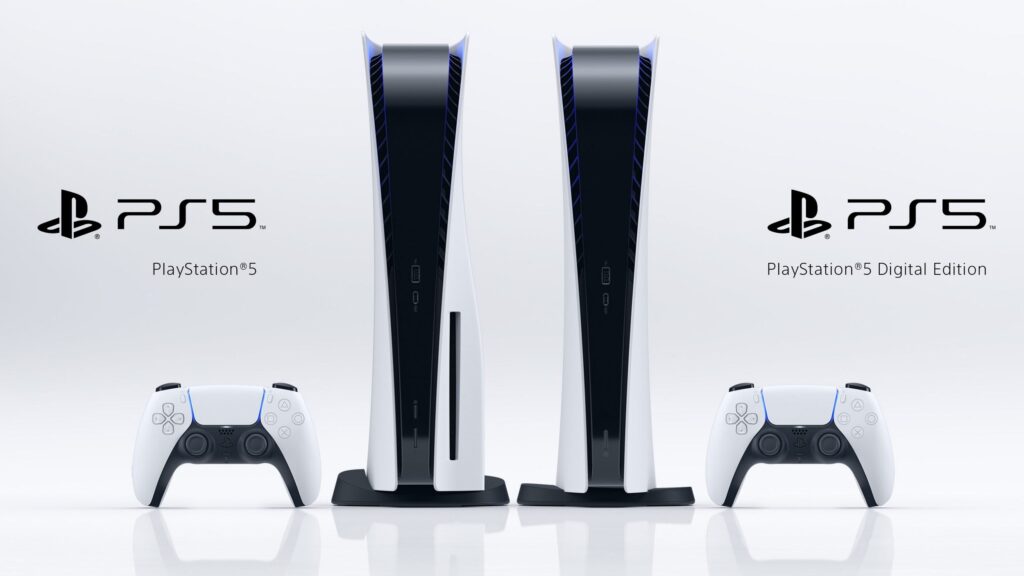 In terms of backward compatibility of xbox vs playstation, Microsoft’s console has a distinct edge. Xbox Series X has compatibility with over 600 Xbox 360 titles and approximately 40 titles from the original Xbox. Games receive improvements such as higher resolution and 60 FPS framerate. Xbox Series X shows less impressive results and shows the quality of Xbox One, game run in 900p, and some of the titles have the lock on 30 FPS. Still, Xbox offers an impressive library of the past-gen games with slight cosmetic improvements when it comes to comparison of xbox series x vs ps5.

On the contrary, Playstation 5 may offer only games from Playstation 4 due to the drastic differences in PS3 and PS4 architectures. Past-gen games receive respective patches, which improve overall graphical quality, optimization, and frame-rate. However, the real difference can be seen in first-party titles such as Ghost of Tsushima or Days Gone. 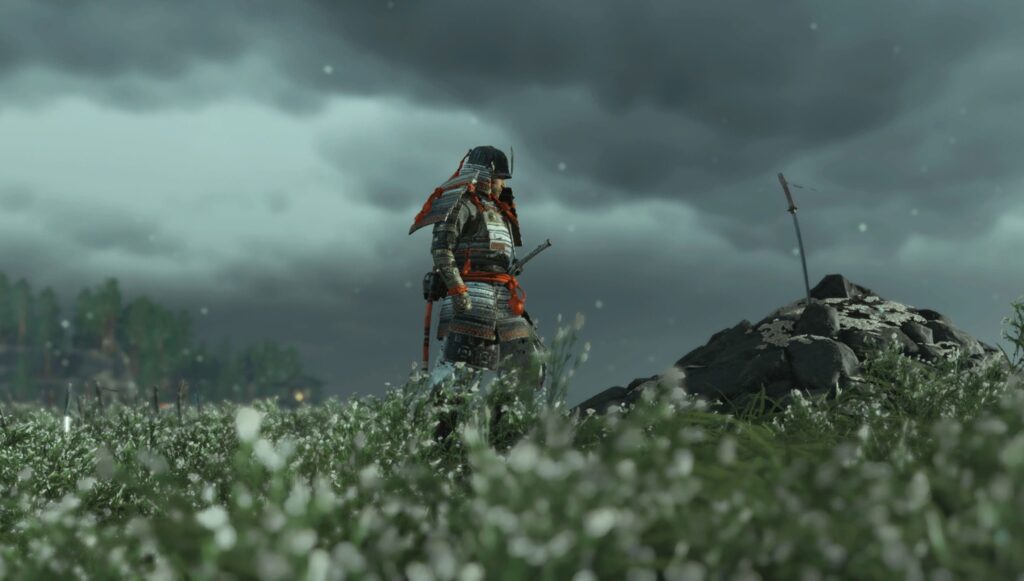 When it comes to game-by-game patches in xbox series x vs ps5, Xbox offers the “smart-delivery” system, which offers you the most optimal version of the game for the console. Meanwhile, PS5 has different versions in the library, which may be a bit confusing. Moreover, a small amount of PS4 titles show poor performance on PS5. The issue is minor, and it all can be corrected by software patches, but, in general, Xbox offers a more comfortable and friendly experience in terms of backward compatibility in xbox vs playstation. 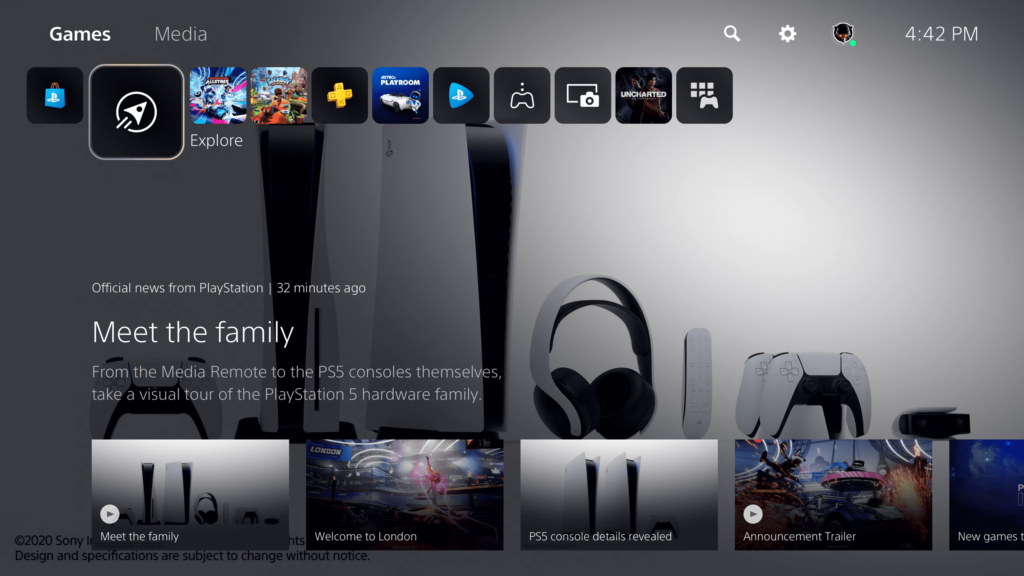 Which model should I buy?

When it comes to consumer advice concerning what is better xbox or playstation, there is no direct answer. Xbox Series X and Playstation 5 offer a different experience and have different visions of the next generation of video games. Xbox offers availability and comfort in multiplatform gaming. Even the flagship model Series X is cheaper than a decent gaming PC, which makes all the future games accessible and good looking. Besides, Xbox offers the Xbox Game Pass service. Game pass opens access to a wide variety of old, time-proven games and some of the new releases for a modest price of 15$ per month. On the contrary, Xbox Series X has no real exclusives (any game for Xbox will be released on PC as well), and the console itself cannot offer something really new in terms of gaming experience. It became more productive and faster than Xbox One, but that’s not enough for being an ultimate choice on the xbox series x vs ps5 rivalry.

Playstation 5, on the contrary, has several aces in the sleeve. First of all, DualSense has advanced vibration. The gamepad reacts not only to intense moments in the game but also correctly gives the feeling of different surfaces and contact with them. Besides, the bumpers have recoil in shooters, which brings immersion from guns to a new level. Another feature of PS5 is 3D-Audio. The console has technology similar to the home cinema: the console creates a separate sound source for different objects in the games, which makes them sound more realistically. Finally, PS 5 has a complex interface that allows sharing special gaming moments and has a wide range of functions, which improve the gaming experience. On the downside, these features will work for a relatively small amount of games and exclusives. Besides, PS 5 shows less comfort in backward compatibility and a more modest library than Xbox. If you prefer accessibility, a wide arrangement of games, and easy access to them – choose Xbox. If you seek novelty, deeper immersion, and next-gen experience – Playstation 5 is your console. 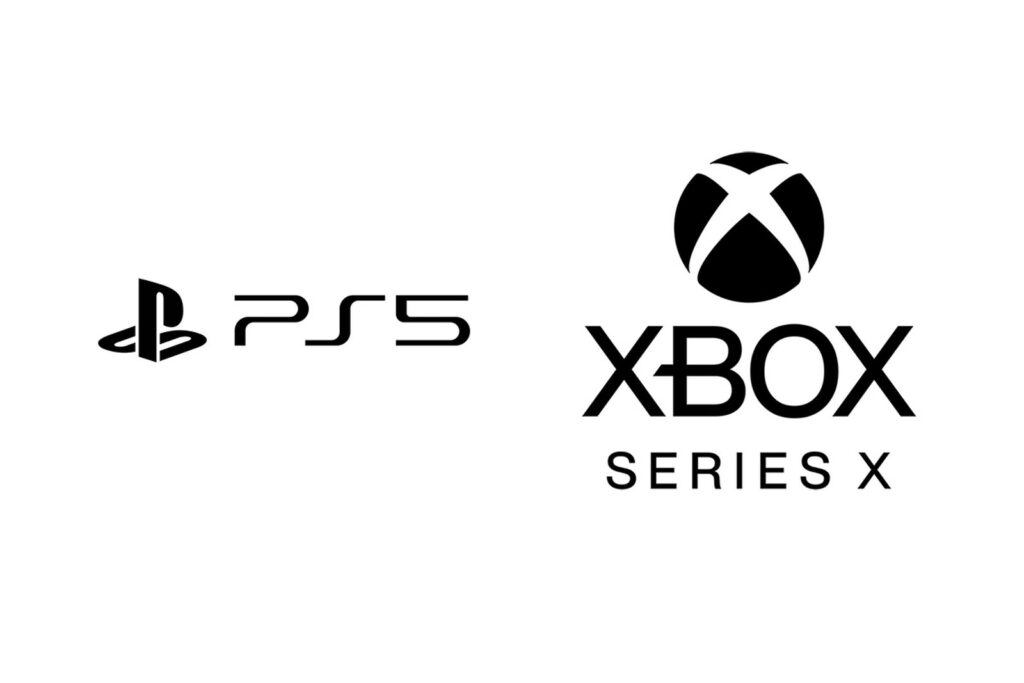