Choosing the best gaming pc under 500 is more art than science. A gaming Pc may be a cheap setup and the most advanced machine with a glowing frame equally. It may be difficult for a user to compile a viable setup for acceptable money. Even if a person meets the budget, the requirements and needs may be missed. At the same time, there are a lot of options that allow creating a budget yet powerful gaming Pc. In this list, we want to provide several options on cheap gaming Pc under 500 dollars, as well as several tips you should consider before buying any gaming setup.

An important note – in this list, we won’t overview the gaming periphery. Monitors, headsets, and gaming mice are a separate field and more a matter of taste than productivity. Still, choosing a gaming Pc requires attention to the following criteria: CPU, RAM, and graphics card.

The processor of the cheap gaming Pc under 500 is a component responsible for stable games’ performance.

Weak processor means diminishing of frame-rate and game’s stability. The higher processor’s frequency, the more stable its performance. RAM is a component that games require to process the game’s resources correctly and contribute to stable performance. The most optimal amount of RAM at the current moment is 16 GB. There are options for more amount of RAM, but they may be too expensive for a budget gaming Pc. Finally, the most vital part of gaming – graphical card. The actual amount of video memory is not so important as the video card model. Two major video cards producers Nvidia and ATI Radeon, provide a compelling list of video cards to choose from. The latest models support every modern game, but they will cost more than a whole Pc. At the same time, such time-proven models as GeForce 1070 Ti or Radeon RX 5500 may do a good service and run modern games too, with less graphical advancements, obviously, but still provide comfortable gaming.

Here in the list, we collected several budget Pcs which meet the requirements and will give you a complete experience on gaming pc under 500 dollars. 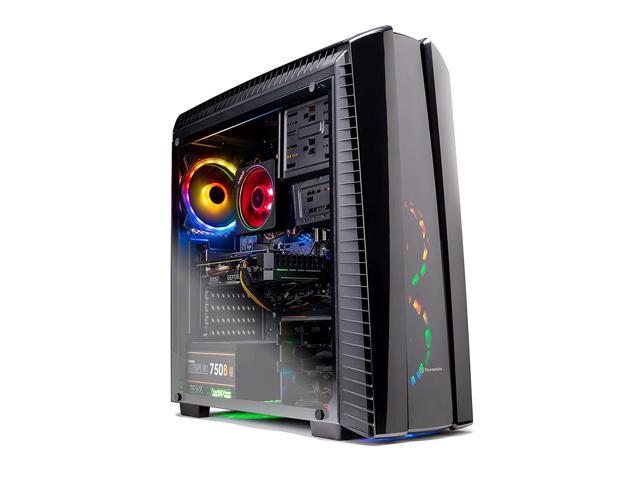 Skytech Gaming Shadow 2 is a stylish gaming Pc, which combines both aesthetics and ergonomics. This cheap Pc weighs about 30 pounds and takes 19.3 by 7.9 by 18.6 inches, which easily takes place on your desk or under it. The most peculiar part about Gaming Shadow is that the Pc is easily customizable and upgraded. Therefore, it won’t be a problem for you to extend its RAM capacity or change a video card. Still, it offers great capabilities for a $500 gaming pc. This cheap Pc has more than enough ports for different devices. The AMD Ryzen processor and GTX 1060 graphics card provide stable and comfortable performance on many games. Skytech is a company with a wide focus on devices, and their gaming Pcs are a suitable alternative for mainstream providers as a cheap gaming pc under 500 dollars. 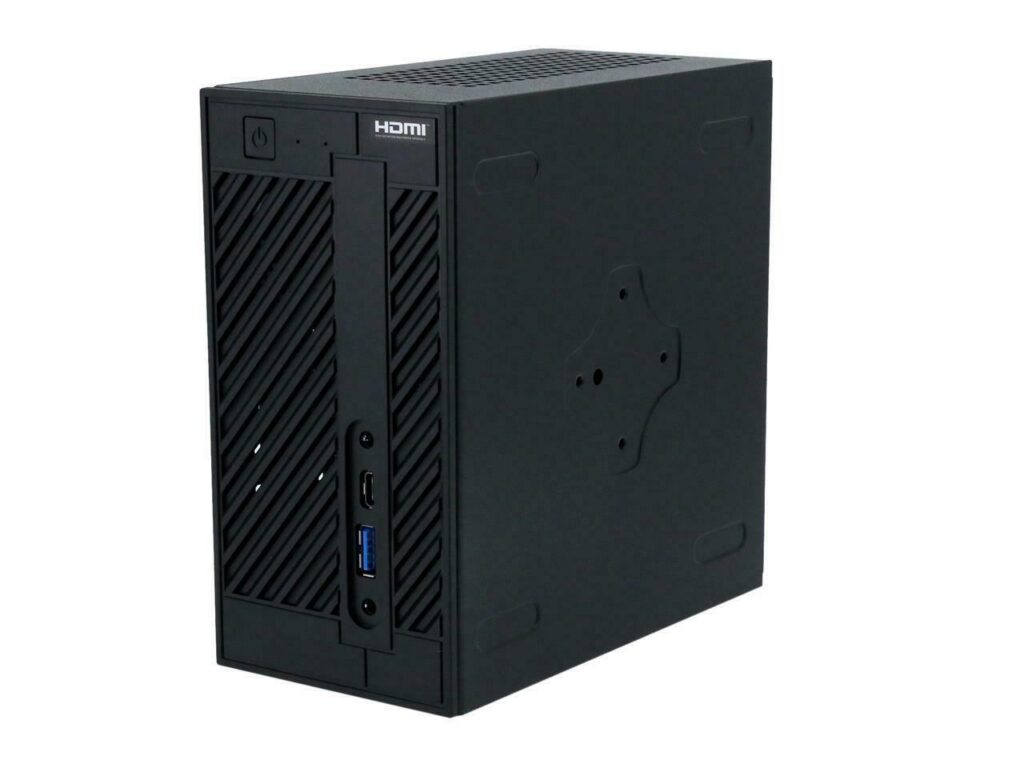 ASRock DeskMini is the smallest gaming Pc on the list. This tiny setup weighs only 4 pounds and takes 12 by 5 by 9 inches of space. However, you should not be confused with its size because the capability of DeskMini worth it. Medium-range titles show decent and stable performance. This cheap Pc has a minimalistic and ascetic design, which easily allows connecting external devices of different sorts. ASRock company follows three C – Creative, Considerate, Cost-Effective, and this motto is embodied in DeskMini as one of the best gaming Pc under 500. 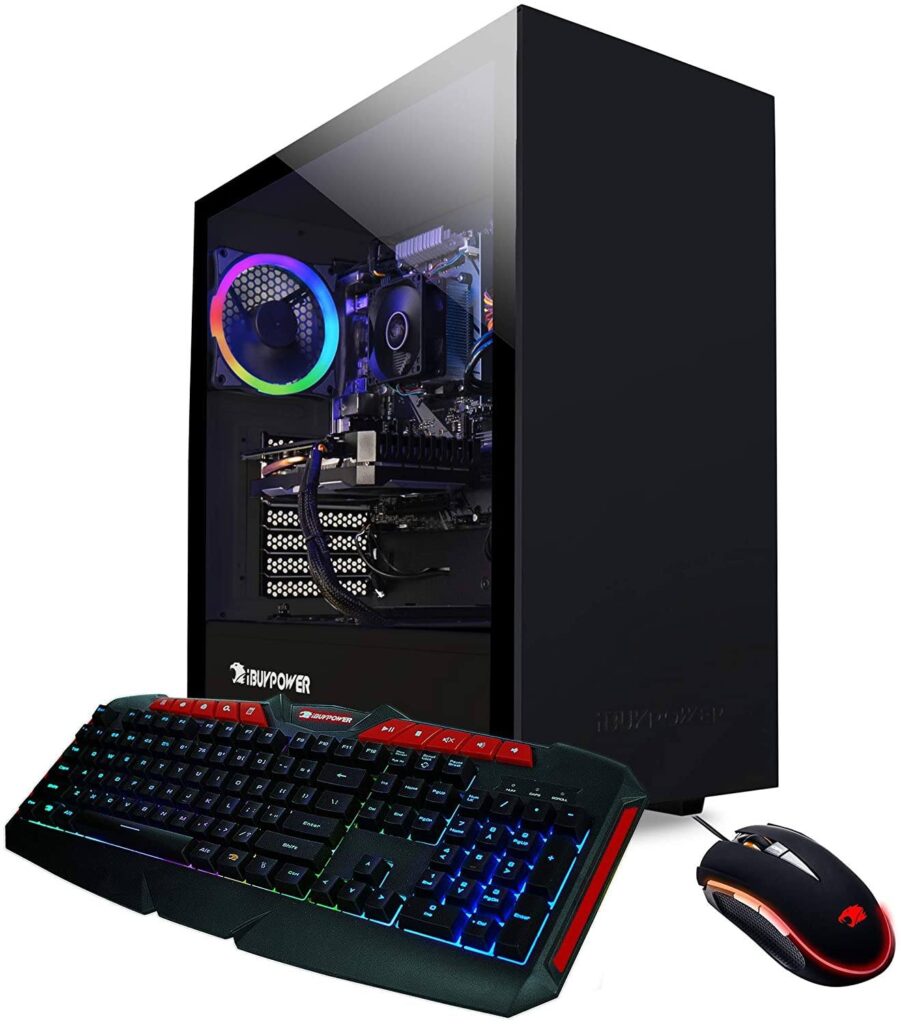 IBUYPOWER boasts high-end gaming Pcs. However, the company may provide decent budget variants as well. Enthusiast ARCB 108A is one such example. The setup mixes expressive design with good productivity, underlining its gaming nature.

This cheap Pc weighs 33,8 pounds and takes 22.3 by 22.1 by 12.6 inches of space. The Pc’s design is strict but has RGB lighting, which will harmonize with other gaming devices. In addition to the Pc, there goes a keyboard and mouse, which makes its purchase even more profitable.

IBUYPOWER specializes in making motherboards. Therefore, a gaming Pc by the company is a decent product as a $500 gaming pc. 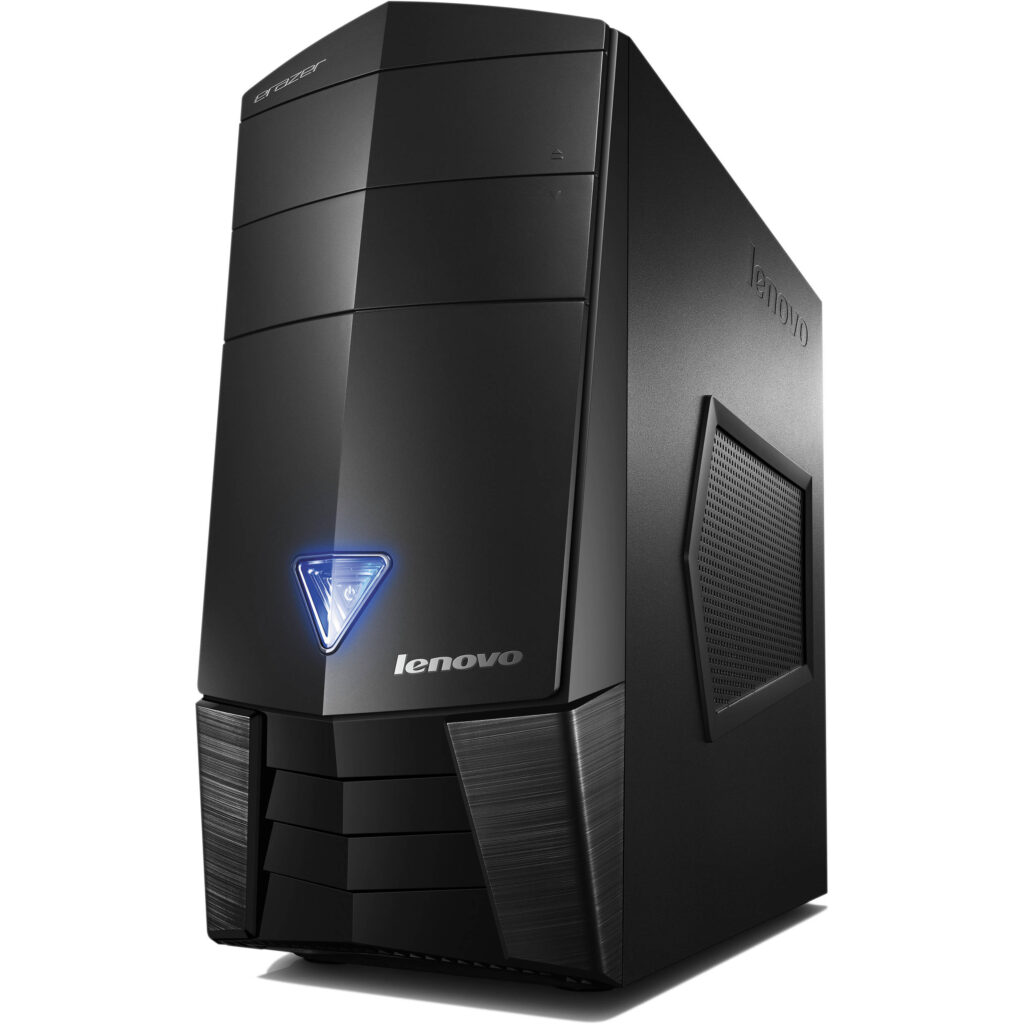 Erazer X315 has a distinctive brutal design. This cheap Pc weighs around 20 pounds and takes 21.5 by 11.4 by 20.5 inches of space. Front lighting and one-touch cover door contribute to the overall stylish design of the Pc. Erazer X315 has pretty powerful components for its price category of the budget Pcs. The most resource-intensive games work smoothly on this setup. Lenovo is well known for mass production of Pcs, and Erazer X315 rightfully takes place as a smart choice for a $500 gaming Pc. 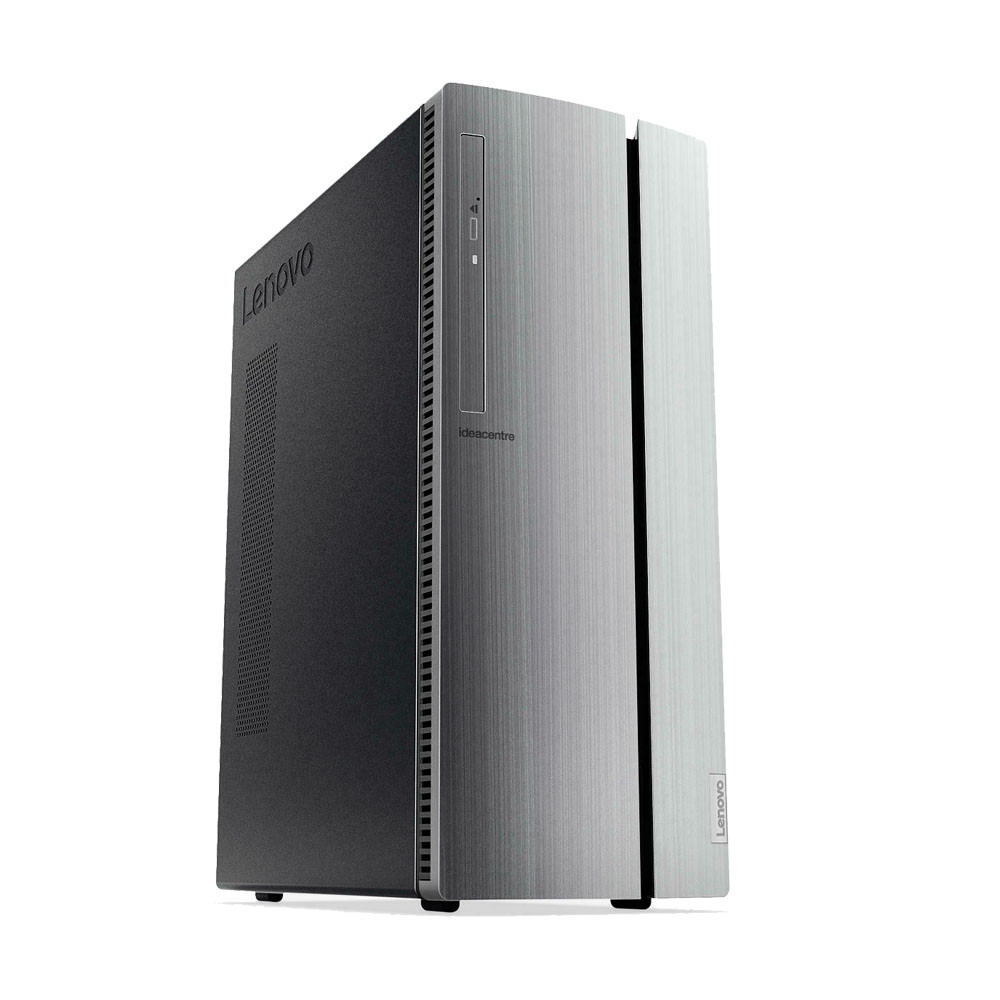 Lenovo 510A Desktop is a strict and powerful cheap Pc, which delivers everything that a gamer needs – conservative looks and decent performance. The setup weighs 12.8 pounds and takes 14.4 by 11.2 by 5.7 inches. It is a Pc that does not try to impress with striking looks. It shows the awesome performance instead, as a $500 gaming pc.

Processor Ryzen 3200 G has improved its performance in comparison with predecessors and shows a decent entry-level gaming experience. The SSD storage may be smaller in comparison with other models but provides the additional speed of computing data, which makes gaming more comfortable. In the end, Lenovo created another great, cheap gaming pc under 500 dollars. 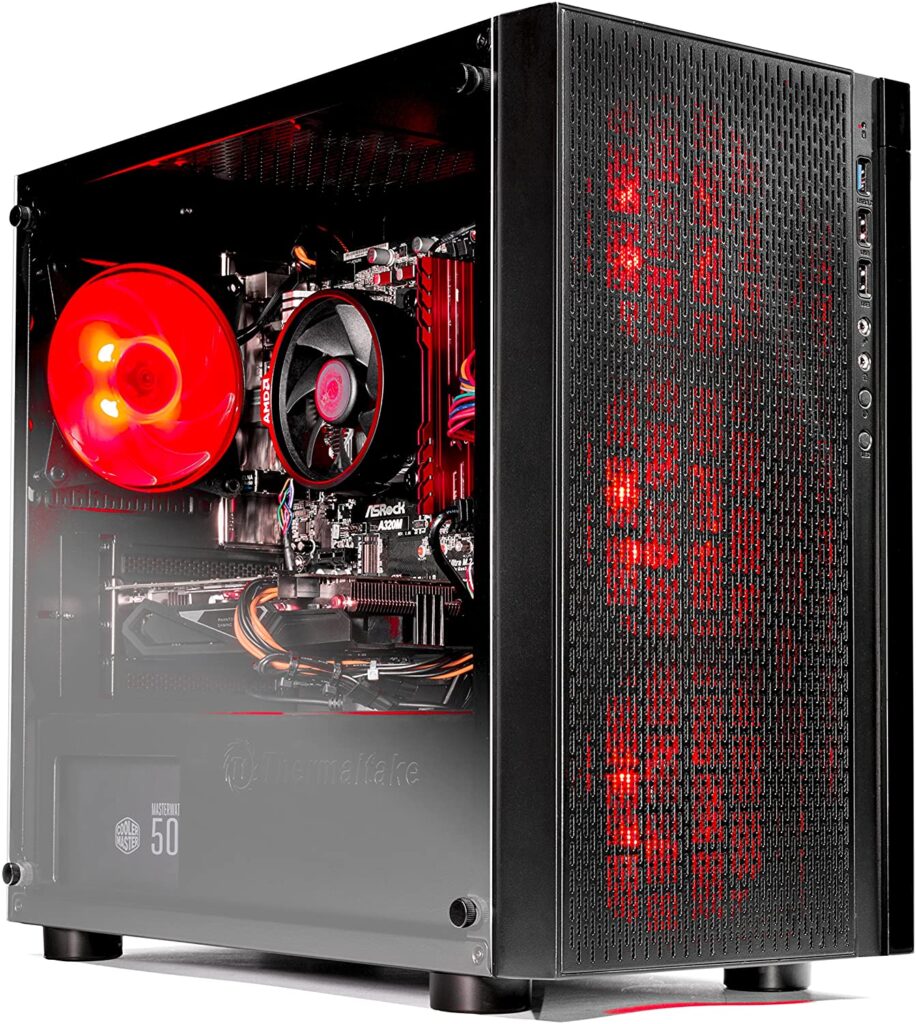 A PС, which is configurated around qualitative visual performance. The setup weighs 23 pounds and takes 15.4 by 8.1 by 15 inches of space. The Pc has a simplistic design with a bit of aggressive red lighting, which may be changed with special software. The core component of the Pc is Radeon RX 580 graphic card. The card shows good performance on demanding triple-A titles and adapted for VR usage. So, you can enjoy VR gaming in the comfort of your home. There are drawbacks to this model, but Skytech managed to create a powerful and one of the best budget pc. 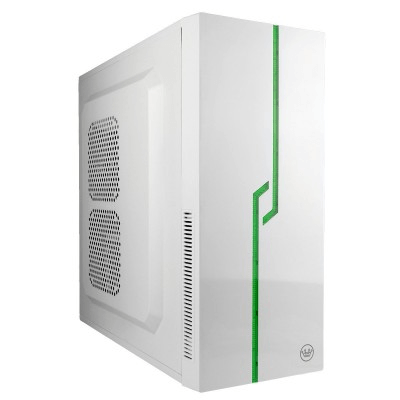 CUK Lineage Gaming Desktop has a minimalistic, slim design that resembles a gaming console. The setup weighs only 7 pounds and takes 6.1 by 3.15 by 6.1 inches of space, which contributes to resemblance with a console. Still, despite such modest size, Lineage Gaming Desktop shows qualitative performance. The processor may become a bottleneck for several games, but other components of the rig run modern games smoothly. CUK builds functional and aesthetics setups; Lineage Gaming Desktop is no exception as a $500 gaming pc. 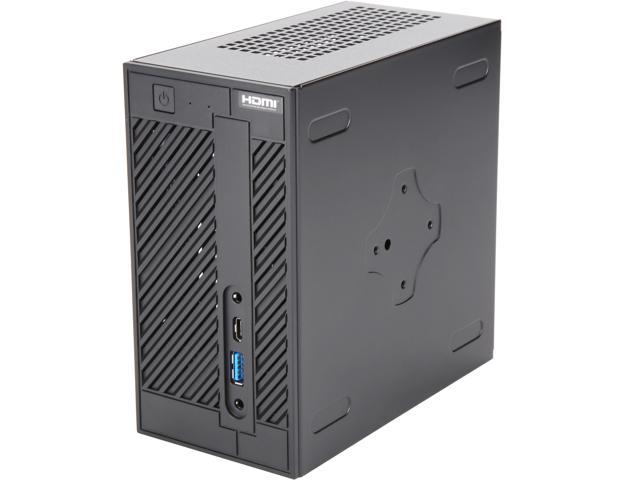 An upgraded version of ASRock DeskMini A300W. This version of the setup shares a common minimalistic design but has to offer more productivity for almost the same price. The rig weighs almost 5 pounds and takes 6.1 by 3.15 by 6.1 inches of space. The next generation of Radeon Vega video cards gives more frames in modern games, and SSD storage increases overall performance. In general, the CUK configuration of ASRock components shows a presentable result for its money as a $500 gaming Pc.

Advantages of PCs over Consoles

It is not a secret today that even a $500 gaming pc can beat a console on different parameters. Hence the term “console killer” if you like. Cheap Pcs are all-rounders, which means that you receive not only the console’s gaming capabilities but also the possibility to work with documents, photos, and other multimedia files. Most of the competitive games and cyber-sport disciplines are set on Pc, which makes it a viable platform for skills mastering. Besides, the keyboard and mouse are more natural for gaming and more suitable for such genres as FPS, strategies, and RPGs.

Modularity is another strong point of cheap PCs as a gaming platform. In the console’s case, you need to buy newer versions of consoles to increase the quality of gaming experience while Pc requires only some parts replacement. It means that you will be able to have an actual gaming rig with minimum costs. Finally, gaming PCs are ahead of consoles in respective price points. Gaming PCs are capable of giving a decent visual quality without compromises to stability, while consoles keep struggling to maintain both quality and stable performance.