How to Play Fallout 1 Tips 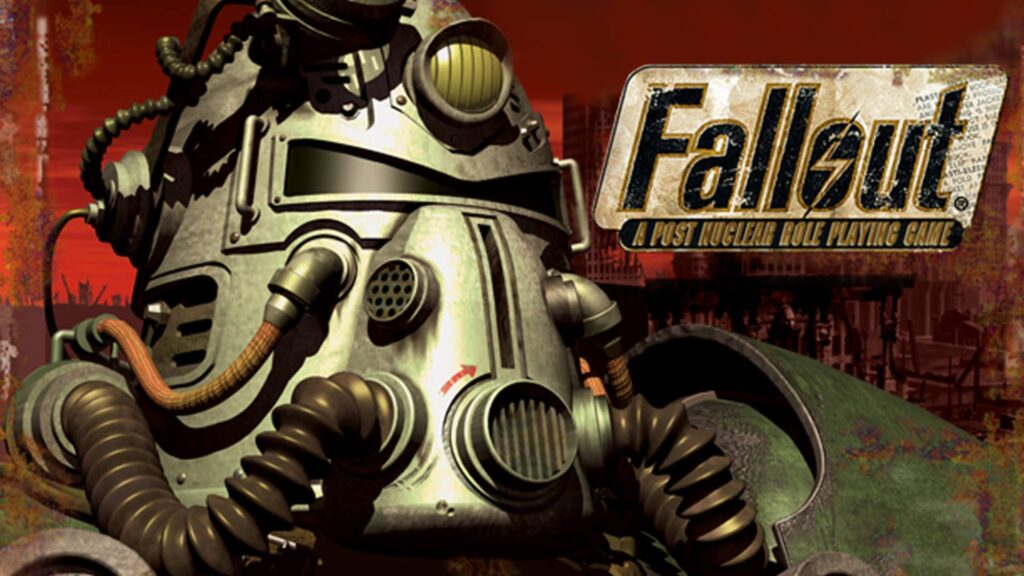 Many players started their Fallout journeys with the latest entries to the series with advanced graphics and different from the original title game mechanics. However, we all know the thrill to play the first game of the series or predecessors of the genre. It allows us to understand better how they have changed over time and why we appreciate it in the first place and how to play Fallout 1. The Fallout series became a phenomenon from the beginning with its retro-futuristic post-apocalypse themes, complex characters, and hard to make moral choices. Therefore, it is logical that we want to trace the beginnings of the awesome franchise and love it even more.

The game was developed by Interplay Productions in 1997 as an open-world turn-based role-playing game set in the post-apocalyptic future, where people have to survive in the aftermaths of the global nuclear war. Now you can play it on PC (Windows, Mac OS, and MS-DOS). As you progress you learn more about how societies adapted to these events, how the war changed the normal order of things, and what you can do as a part of this world. Here’s our comprehensive guide on what you should focus on when learning how to play Fallout 1.

Get acquainted with the lore All entries of the Fallout series show their unique stories to tell and expand the universe. It is helpful if you know some things before stepping into the post-nuclear war territory. Of course, all the necessary information you will receive as you play the game. We encourage you to know a little about the lore to improve your experience and know what’s at stake. The game itself makes much more sense for people who go there prepared because sometimes it will appear quite hostile to newcomers (although you are coming there from the future where the game has dozens of titles).

First, you should know about how to play Fallout 1 that – Fallout 1 begins in 2161, in Vault 13 (the survival shelters designed by Vault-Tec Corporation for the United States). It counts 84 years since the nuclear war has occurred and caused the fast decline of civilization as we know it. You also need to prepare that you will meet mutants and some mutated creatures, machines (robots), and raiders. Don’t be surprised, the world of Fallout has many other things to offer, like a shady Enclave and other organizations, which you may choose to support or dismiss. A lot to think about, we would say.

First Fallout 1 tips: How to create a character Fallout 1 offers you an intro at the beginning of playing and begin your journey as the Vault Dweller, the person who was at the inception of the series. The step of creating your character is one of the most fun ones, as you pick your SPECIAL points (Strength, Perception, Endurance, Charisma, Intelligence, Agility, and Luck). Many people may recommend different aspects you should pay attention to, depending on the style you want to use when playing. However, as the beginner, you might maximize Agility points as they give you more AP (Action Points) per battle round. Intelligence and Perception are also the statistical aspects that give you an advantage. The Strength can be increased by the armor, and other aspects can be managed by different items you can loot.

At the same time, it is better to invest in Luck to find some helpful items and weapons. Note: take Gifted instead of Skilled trait, which gives +1 point to all statistics. It is quite easy to figure out which statistic points you need the most and what they are responsible for. The game is quite intuitive in this matter and it is easier to understand how to play Fallout 1.

How to play fallout 1: How to get acquainted with the user interface, movement, and combat Familiarity with the interface

The first game has two modes: real-time and turn-based. A real-time mode is the one when you move across the locations. As soon as you leave the Vault, you will see a body lying near the entrance, so it is better to loot it. You have to right-click anywhere on the map to make your cursor an arrow and left-click on the body to inspect what the person possessed (and what you can take from them). You have to click on each item you see to the right, hold the mouse button down, and drag it to your inventory.

How to successfully finish the battle

It is quite easy to make sense from the combat system or run away from your enemies if you want to avoid the confrontation. If the battle is inevitable, you will be caught by surprise by the started action. The game determines who goes first, and when it is your sequence, your success in the fight is determined by your weapons modified by attributes like Strength or Agility or perks. Also, if you will shoot your enemies, be ready that you will miss a lot. No worries, some practice and you will become a master in the game.

How to play Fallout 1: Navigation on the map Each location follows a similar pattern: you have to find the people important to your quest and talk with them. One of the most important rules you have to follow when entering the location – put away your weapon to avoid unwanted consequences. Remember that the last thing you want is to alarm everyone around or shoot someone whom you didn’t need to shoot. Use politeness as your weapon, because NPCs will not talk to you if they find you offensive. At the same time, there are no hidden locations, everything you need to find is presented on the map. Even though there are no hidden rooms, it is better to check lockers, bookcases, and other elements of the location for items that can be helpful in the future. Some valuable things can often be found on the ground, so examine it closely.

You can also return later for picking up items left behind, as they do not disappear. Also, there’s a cool perk of the game itself – the items are not “too heavy” for you, but the space in your inventory can be filled. So, actually, the locations are quite fun to investigate and spend some extra time talking with NPCs.

How to set up this game Here are some small tips onhow to play fallout 1 and how to improve your playing experience as soon as you leave the Vault for your mission. Some people advise to adjust settings according to your own pace and decide whether you need to change it or not. After entering the wastelands, click the button with a small circle under the inventory, pick Preferences, and adjust the following:

Overall, these adjustments don’t affect your overall impression of the game and rather exclude the possibility of getting bored before your first combat encounter begins. Keyboard shortcuts are a must for every gamer. Sometimes they differ from game to game, you can try to adjust the shortcuts, but if you don’t want to do it, you start to rely on the default settings. So here’s how it works in Fallout 1 (several examples for your consideration):

Note: the list is not full. At once it is hard to remember where is what, and sometimes you will panic and press the wrong buttons. That’s alright, it comes with practice to know exactly which key corresponds to the needed action. Some perks must be chosen because of their usefulness and overall benefit for the game’s progress. You may see when people discuss how to play Fallout 1 on various platforms and one of the most undoubted favorites among perks is Awareness.

Perks you should avoid These perks have proven that they are looking good, but promise nothing. It is up to you, we would even recommend trying all of the perks just to understand how they are working and why some of them can be regarded as useless. Here are some useful insights on how to play Fallout 1, which you can use during your journey in the wastelands: What makes perfect sense when you are exploring the game for the first time? You have to continue playing it to make the most of it and to learn how you can become better each time you come back. Let yourself fail and learn from mistakes. Don’t get frustrated if you failed a side-quest or got in a fight with everyone in the location. Take time to think about what you can improve when you click on your last save. Check some tips from the list and consider reading some in-game materials to understand what you can change.

It’s fun to be wrong sometimes. You start to enjoy the game when you can relate with your character and their goals when you listen to NPCs’ stories and get their motivation not to help you if you said something bad. It’s cool to fall out from the process just to appreciate it.

Some games may appear a lot harder than they may be. When we are talking about some hardcore elders of the industry, we tend to fear it. However, you may already have changed your attitude toward the game as you read our short guide on how to play Fallout 1. It is an extremely fun and unique experience that you must try yourself. Not a single let’s play or plot summary will provide you with this unique sense of being alone in the wastelands and meeting all people that you may like or despise. Without further ado, you should give yourself time to adjust to the game mechanics and enjoy it. You may have noticed that although the game is almost the same age as you are – it still feels good. That’s how classic works. Let us know about your favorite location in Fallout 1 or favorite character you have encountered there.

Meanwhile, we invite you to join our fast-growing and evolving YouTube channel WhatsHappening. We are always trying to grasp the newest game and film trends and highlight the latest pop culture news. The best top lists, lifehacks, and educational materials, all of it you can find and explore with us. Don’t forget to ring the notification bell to always be the first one to check our updates.