Medival games may be fascinating, engaging, thrilling, and charming. They tell stories from times when knights fought for noble princesses and when corrupted kings struggled for power. PS 4 brings another dimension of immersion to such type of games via controller impact vibration, the color definition of the character’s status, and overall level of performance. Here we present a list of the best medieval games for PS 4, which you may experience even deeper on the console. The games include different genres and themes, so you will find something that fits you for sure. Medieval Video Games for Ps 4 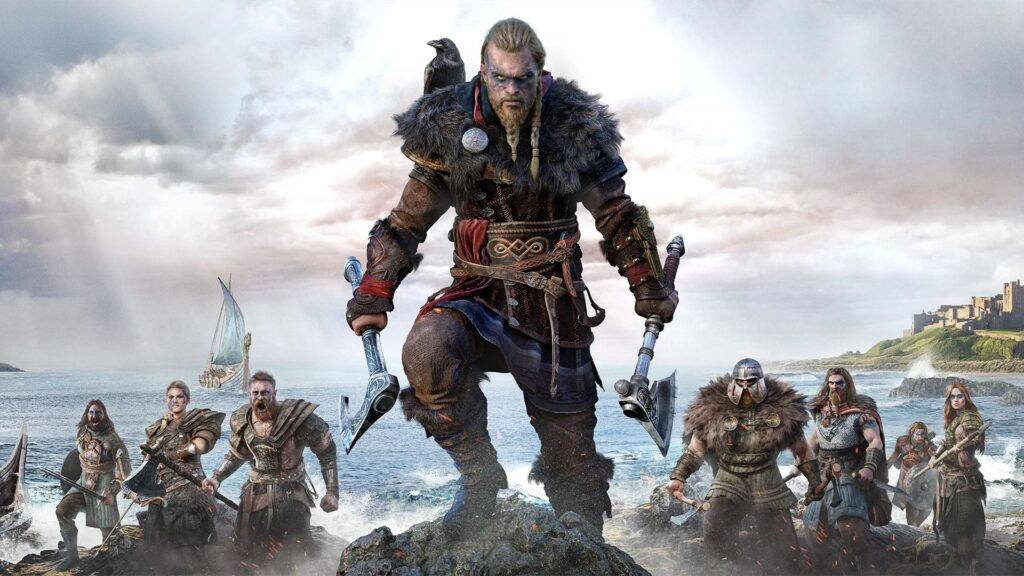 An upcoming blockbuster from Ubisoft, Assassin’s Creed: Valhalla continues the tendencies set in “Origins” and “Odessy.” This time we play as Einar, a ninth-century Viking, who does what each decent Viking should do: rade the enemy shores, destroy his opponents, and command a troop of brave warriors, who eager to help Einar in his quest. The story of the order of assassins and templars is secondary and serves as a background for Einar’s plot. Developers considered all the feedback from the past games, and Valhalla promises not to be so tedious or artificially extended. Detailed settlements, historical entourage, and charming music will contribute to the game’s immersion. We may expect one of the best medieval games at the closing of the current generation of consoles. Released date – November 10, 2020. 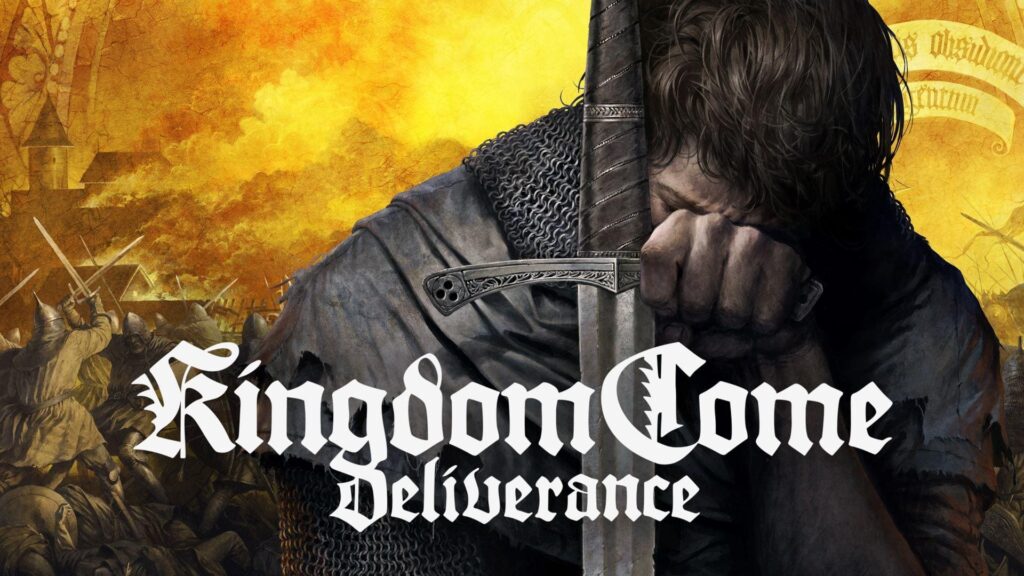 An RPG that each true fan of the genre will admire. War Horse studios released the game in 2018. We play as Henry, a blacksmith’s son, whose home village was raided by Cuman soldiers. Now, Henry has to explore the 15th century Bohemia to find his place in life and restore the family’s honor. The game includes complex RPG mechanics, such as social interaction, which depends on the character’s look, or realistic fencing, with a lot of maneuvers. Kingdom Come offers challenging gameplay without any fantasy flavor or indulgences. It is a harsh, medieval game for Ps4, which does not make excuses but which rewards with a great story and immersive gameplay. CryEngine shows a decent level of graphical quality, and the console keeps the stable performance, which makes the experience smooth and engaging, a medieval game Ps4 worthy of your attention. 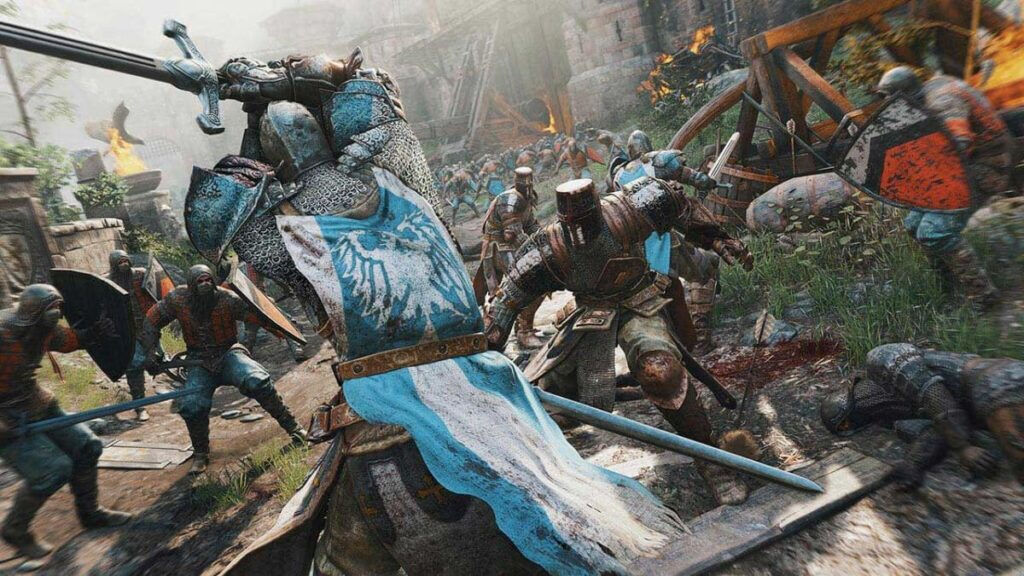 Finally, an answer to the eternal question: who is stronger – samurai, knight, or Viking? For Honor gives a complete and detailed answer. The answer often is bloody and brutal. The game was developed by Ubisoft and released in 2017. It is an online slasher where the player takes control as one of the warriors of three factions (Vikings, knights, and samurai, respectively). Each faction has a unique set of warriors, which needs to be mastered. The game offers an approachable but complex battle system, which includes different types of strikes, blocks, parries, and combos. Besides, there are several regimes, such as duels, the battle of factions, or sanctuaries defending. You may customize your favorite characters’ look and upgrade their gear for better performance. One of the best medieval games and slashers on Ps4. 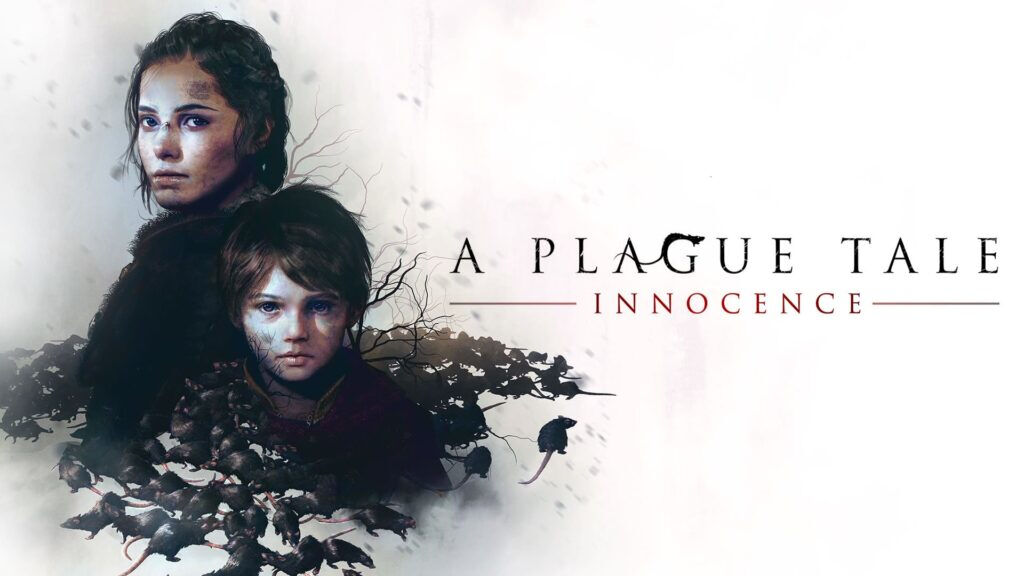 A Plague Tale: Innocence is a brave full-fledged debut of Asobo studios in 2019. The game tells the story of Amicia and Hugo – children of a noble French knight. Inquisition hunts Hugo for unknown sins. In a matter of minutes, the slow and peaceful life of Amicia turns upside down, and now she has to survive in the plagued France of the 14th century. The Innocence gameplay is stealth-adventure, where you have to navigate a dangerous world and escape dreadful enemies. Amicia masterfully wields a sling and has a variety of projectiles to solve in-game projects. The game features auto-aiming. It will be easy and intuitive to call your shots from DualShock. Besides, the game has an astonishing visual style, captivating music, and an interesting story to follow. One of the best medieval games on Ps4. 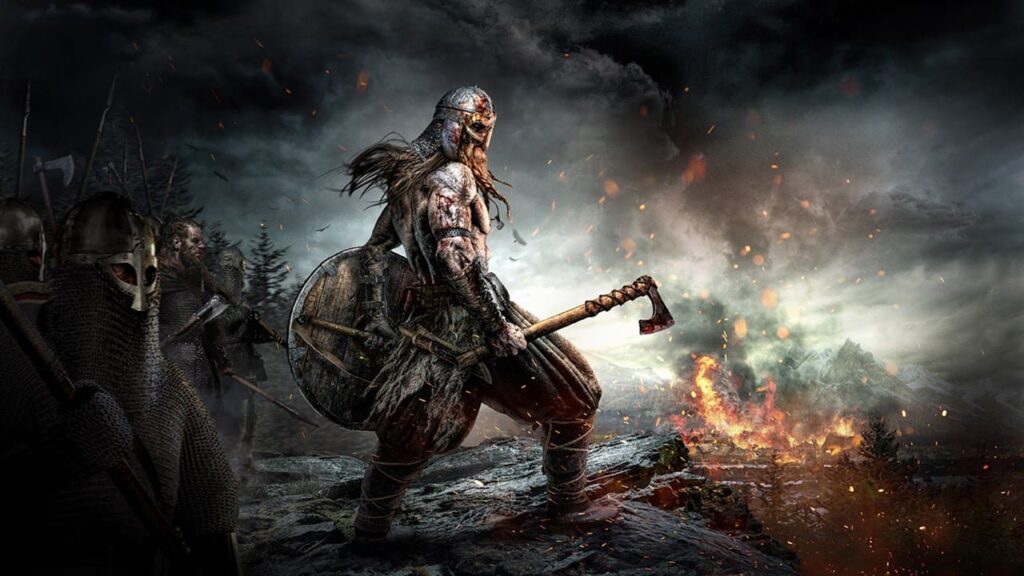 Real-time strategies are a rare visitor in the consoles domain. Developed by Destructive Creations and released in 2019, Ancestors Legacy offers strategic gameplays set in the early middle ages. The story is nominal and serves as the background for mastering gameplay mechanics. We follow famous historical personalities such as Edward the Confessor or William the Conqueror on their quests for gaining glory and renown. The most captivating part of the game is the process itself. The early middle ages warfare could not boast of a wide variety of troops or special warfare devices. Therefore, it is up to the player to defeat their opponent in a fair battle. The game has several factions: Vikings, Anglo-Saxons, Teutons, and Slavs, each with their strong and weak sides of the balance. Most importantly, the game has easy and comfortable short-cut commands on a gamepad, making Ancestors Legacy a friendly medieval game Ps4.

Medieval games Ps4 are only a start

Although the eighth generation of consoles is coming to its end, it remains actual and keeps to provide interesting and engaging games. You may learn more about unusual games and hidden gems of the past generation on our youtube channel “What’s Happening?!” Here we create video games overviews, share interesting facts, and tell stories from the video games industry. We create not only entertaining but also informative content. There always will be something to your liking on our channel. Also, we compile tops dedicated to different genres, themes, and platforms. If you want to know what’s happening – visit our channel.