How to play League of Legends

How to play League of Legends: Beginners Guide?

The genre of MOBAs or multiplayer online battle arenas is around for quite some time. You may have heard of what is League of Legends, and it is the undeniable leader among other famous competitors in the genre, which doesn’t seem to cease in its popularity. Developed by Riot Games for PC, LoL has a rich lore and quite an engaging gameplay.

You can pick from 140 unique champions to form a team and complete match objectives to gain experience and become the ultimate victors. We should say that there’s not a single winning strategy on how to play League of Legends for newcomers.

But we have some League of Legends tips for better understanding and enjoying the process.

How to Play League of Legends: Don’t expect to succeed right away 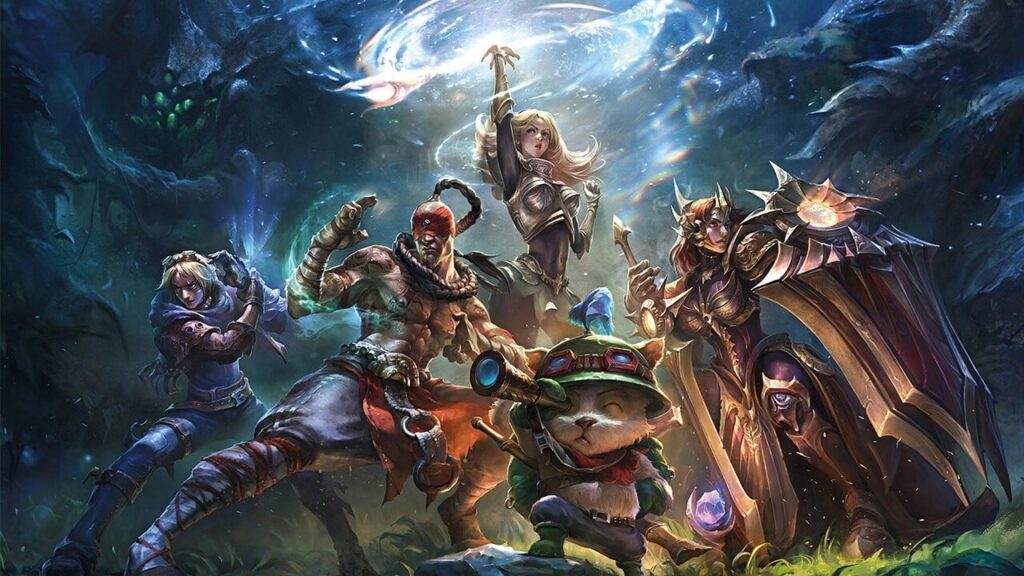 First of all, what is League of Legends? Is it newbies friendly? The short answer is: yes. You are not obliged to know everything about spells, runes, and other aspects as you unlock them gradually with leveling up. The manuals and LoL guides make it easy for you to understand the basic mechanics and some essential aspects of the game and show you: How to play League of Legends.

As you reach level 5, you can check the majority of game options. Don’t rush the process, enjoy your first steps, and remember how maps and positions work. Start learning the basic LoL vocabulary that will help the future and try to switch between the champions available for you at the beginning levels.

How to Play League of Legends: What are the objectives? 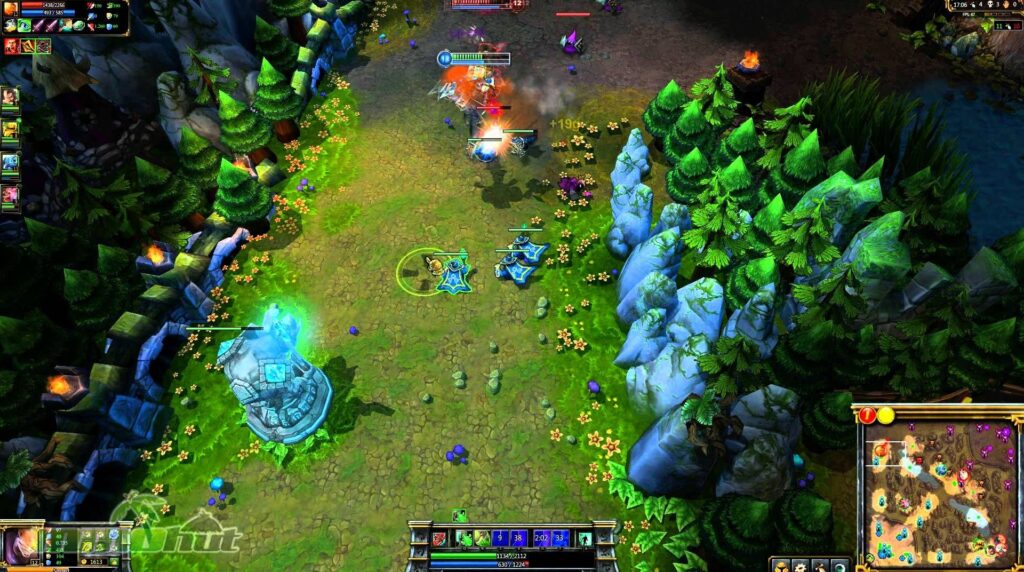 What is League of Legends all about are the objectives. Each player has their objectives, depending on the map and your position. As a jungler, you should aim to kill the largest number of monsters; if you’re a support, you should defend your carry and ensure the farm. Sometimes you have to kill a dragon and receive bonuses. You are here not only for the speedrun and kills, but the cooperation and coordination on the map.

That’s why it is important to communicate with your team, learn to navigate on the map, and understand the basic mechanics and nuances. Don’t worry, and soon you will manage to know everything with your eyes closed.

Game vocabulary is a must 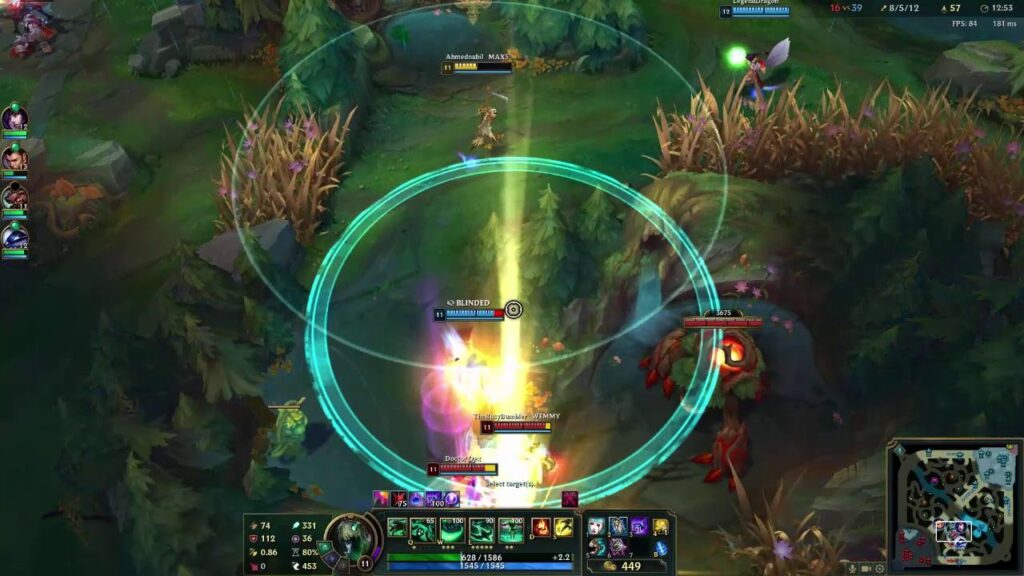 Communication is a crucial aspect of MOBA games. Of course, knowing the vocabulary doesn’t come overnight, and here are some examples of common concepts for your consideration:

The list is not full, but we would have to sit here all day long, counting all variations that you will learn.

How to play League of Legends: Summoner’s Rift, and other maps 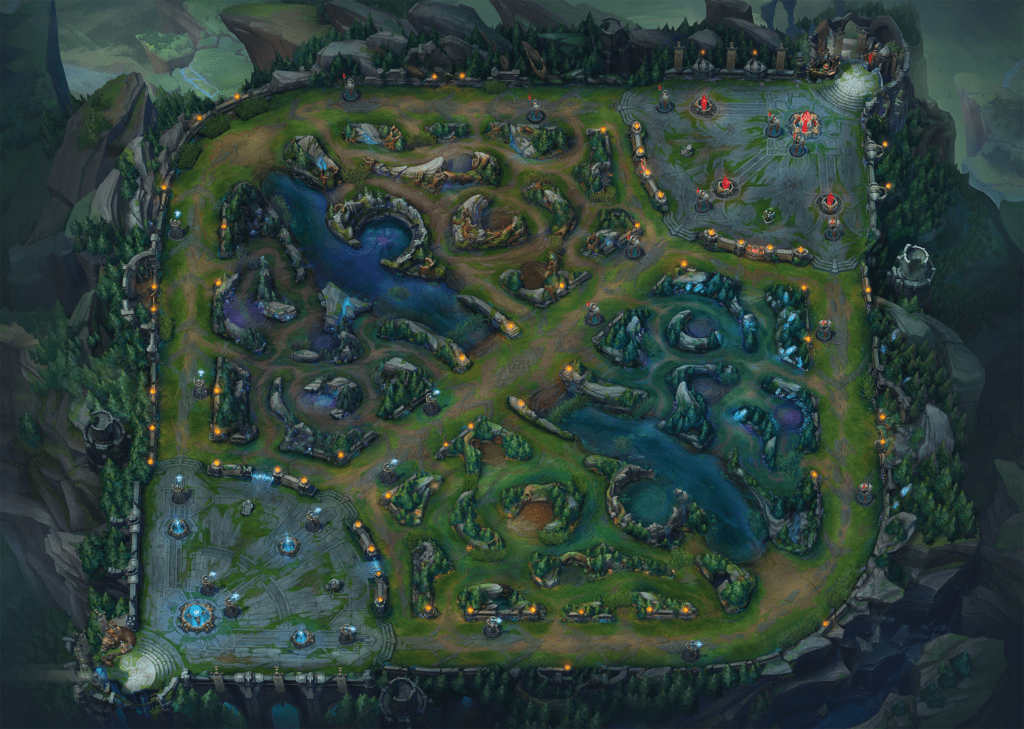 Maps or Fields of Justice have three lanes – top, middle, and bottom, while the area in the middle of the lanes is the jungle. The bases are placed in the bottom left and top right corners. Almost all maps have the same specifics but differ in level. You encounter three types of map, Summoner’s Rift, Twisted Treeline, and Howling Abyss.

It is also important to monitor the mini-map and understand how enemies are moving around. Even though they seem to be easy, the understanding of maps is key for a successful session. You don’t want to be caught by surprise and stay on top of team play.

The River, Jungle, and Camps 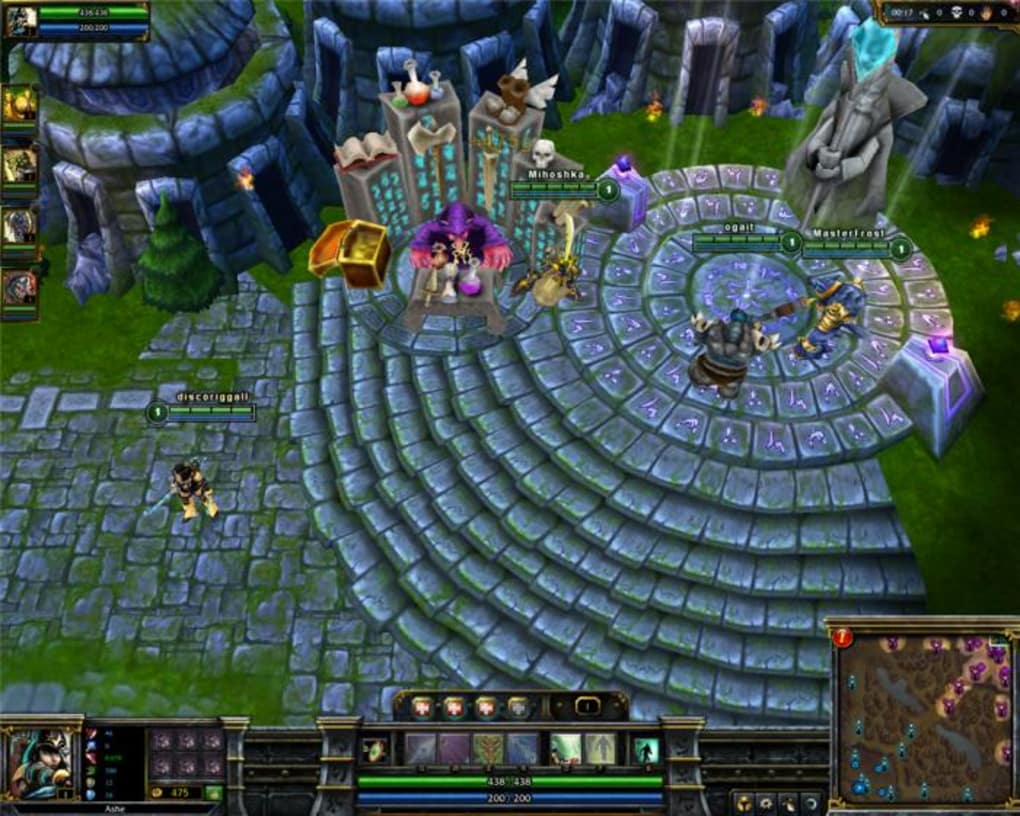 What is League of Legends’ most interesting part? Actually, it is the position. The position is determined by the champion you choose and some specific aspects of the map. For instance, the top lane is dominated by tanks or bruisers, the melee characters operating on brute force. The mid lane is the territory of champions with ability powers.

The jungles are the place for champions who are not assigned to the lane and kill the monsters and defend teammates from enemies. The bottom lane is dominated by two players, one of whom is assigned to farm minions, level up, and the other works as support, placing wards on the map and increasing the team’s visibility. 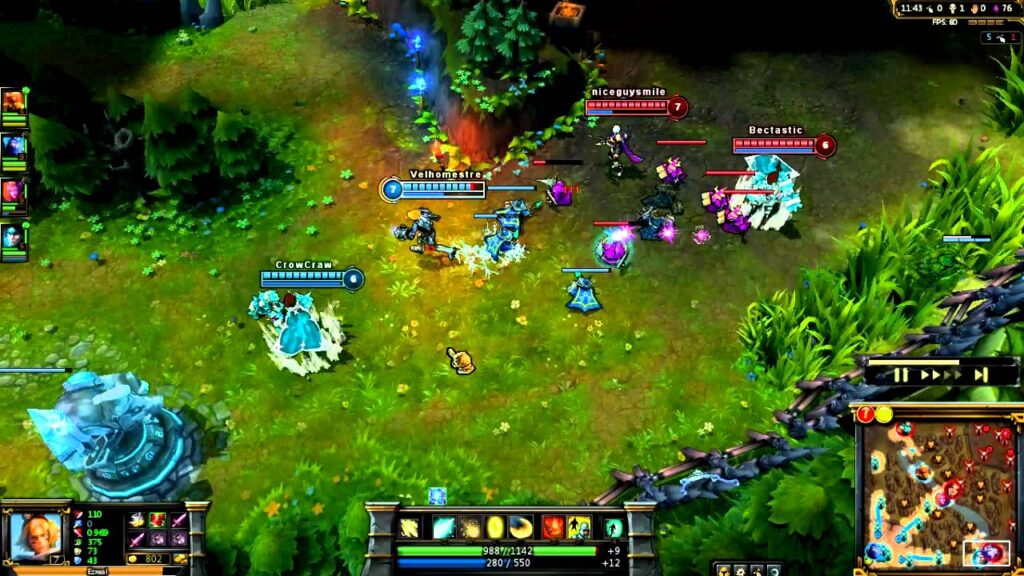 It is important to find the position that you handle the best. It is alright if nothing makes sense, and you are ready to give up at first. Playing one single position for the rest of your time in the game may be a good strategy to master it, but you already know that you have to try out every one of the available positions for the best understanding of your teammates and your role. Surely, after you unlock the basics and step forward, you will have your favorite one. Also, as you learn about positions, you will choose your champion wisely because some of the champions belong to a particular lane.

Communicate with your teammates 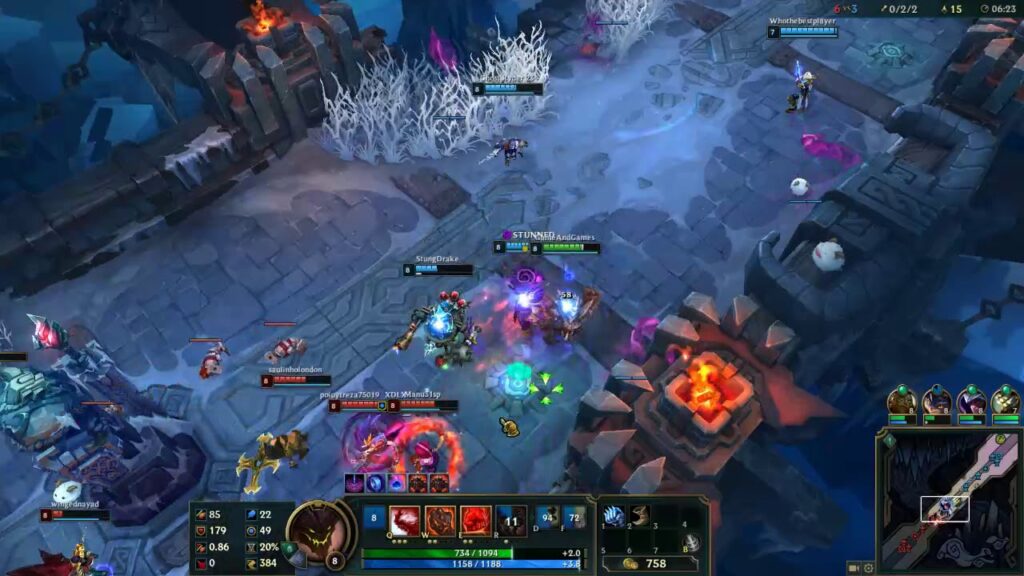 The vocabulary is not all that you need to know on how to play League of Legends. You don’t have to be friends for life with your teammates, but the unresponsiveness may cause a lot of troubles and overall dissatisfaction with the session. Of course, it can be stressful to be the one who initiates the dialog if everyone is silent, but you will be a good example for others when you start.
It may also help if you will be prepared and install a few voice-chat apps because LoL doesn’t have the internal voice feature. Skype, Mumble, Teamspeak, and Curse Voice, to name a few options available for you without any additional charge. 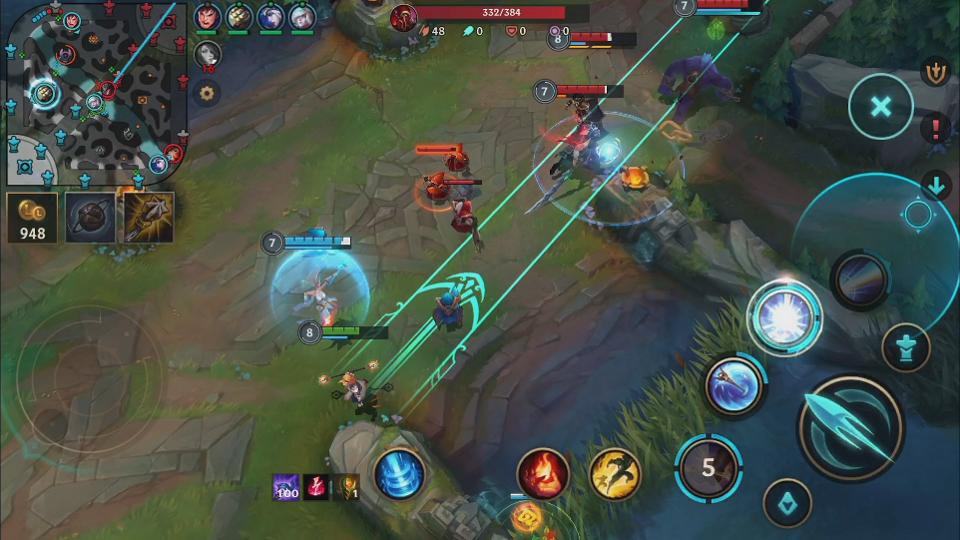 One of the first things that come to mind when you think “How to play League of Legends?” is the variety of playable characters that will gradually expand with you leveling up. There are more than enough champions, and you can get an opportunity to try out almost every one of them, as there’s a free champion rotation during the week. It is important to learn from the practice because you never know which character will become your favorite one. Even if you feel uncomfortable at first, you advance your understanding of other champions and increase your chances of becoming a real pro. 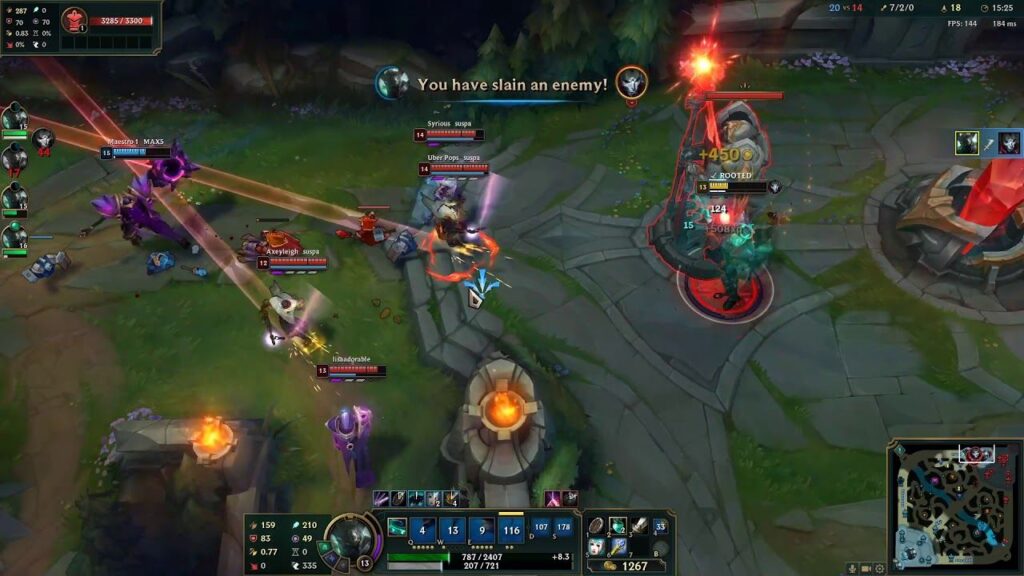 It is essential for any game and especially for answering the question of how to play League of Legends. You may think that it is obvious, but you will be surprised that hotkeys ease your playing experience.

How to play League of Legends: Farming is a key 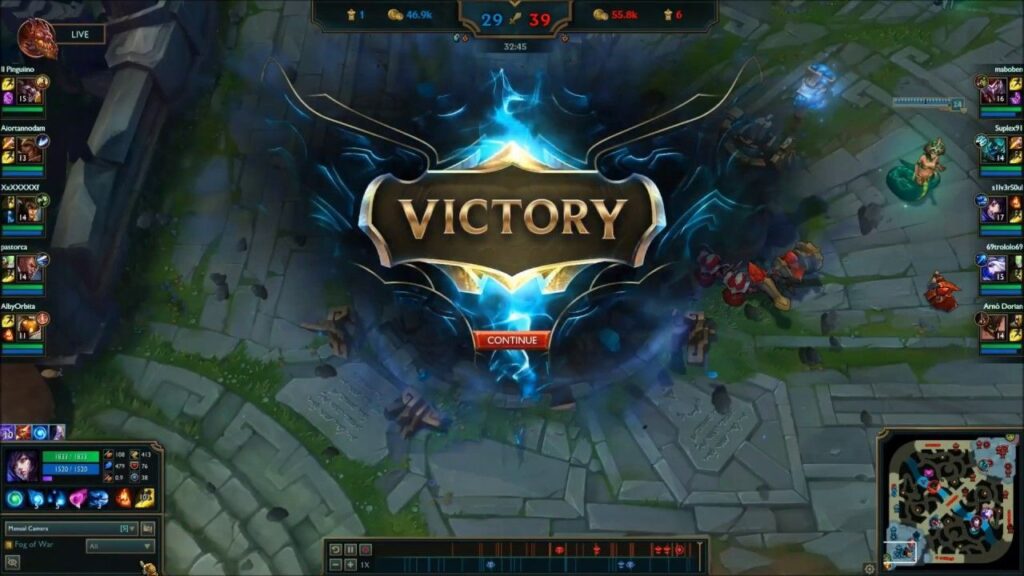 Farming is an important part of the LoL experience, and you should always remember about it along with your other activities. Enemy minions can damage your towers if your team is currently on the other side of the map. As you clear the wave or two of minions, you receive gold and experience. You can also farm on killing monsters, and the last hitting also affects the champion’s creep score. If you want to practice without jeopardizing your match, you can use the practice tool available under training after you reach level 9. Always remember that farming is crucial, but you have to pay attention to other objectives equally.

The journey begins with the first step, and if you want to be the greatest player alive, you can achieve it. Follow this basic league of legends tutorial, and we promise it will feel easier each time you join a match. You just have to remember that some things come with time and practice, don’t rush the process, and trust the advice of pro-gamers and your intuition. Let us know if these steps helped you with your first match in League of Legends!

For more game tips and fun facts about How to play League of Legends, visit our YouTube channel WhatsHappening. WhatsHappening is a channel that helps you to discover the latest news of games, film, and education worlds. Don’t forget to subscribe and turn on the notification bell always to receive fresh news and top lists.