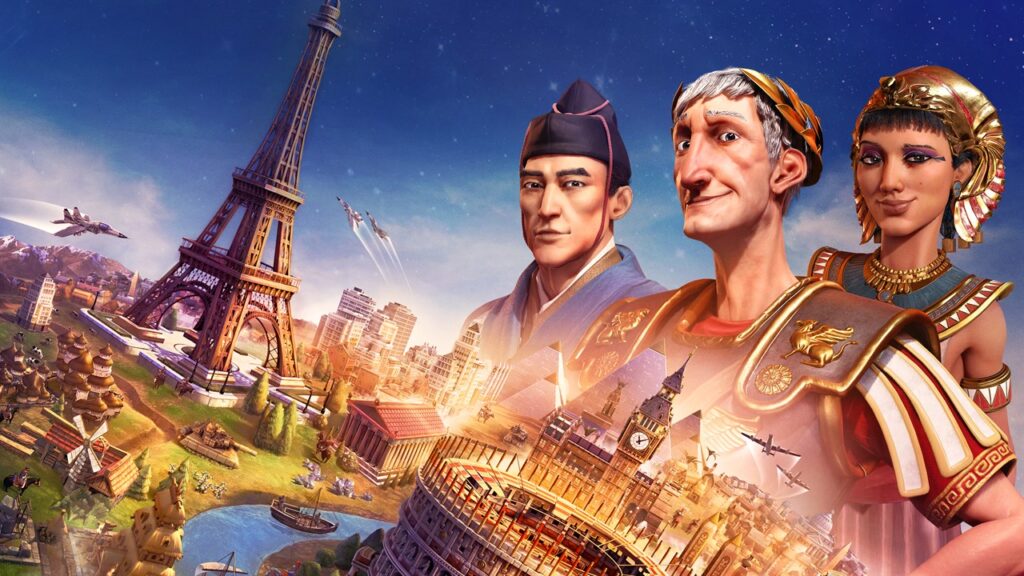 Everybody wants to rule the world; we all know it. Only one game can give you the power and control over the most famous rules of various empires and kingdoms. Yes, you got it right, we are talking about one and only Civilization! The Civilization series has existed for 29 years, and it doesn’t seem to cease in popularity among players. The first game was very much all about “eXplore, eXpand, eXploit, and eXterminate” strategies for achieving victory.

Civilization 6 was released back in 2016 and soon ported to PC, PlayStation 4, Xbox One, Nintendo Switch, iOS, and Android. The game won several prestigious awards in categories Best PC Game and Best Strategy and managed to surpass the record of Civilization 5’s record of 8 million copies. The sixth installment of the series adds more dimension to the strategies and potential victory routes with Science, Culture, Diplomacy, Religion, Domination, and Score types. If you are looking for the best Сiv 6 Tips and Tricks to start your journey, you came to the right place.

Сiv 6 Tips and Tricks – seven easy steps for the beginners 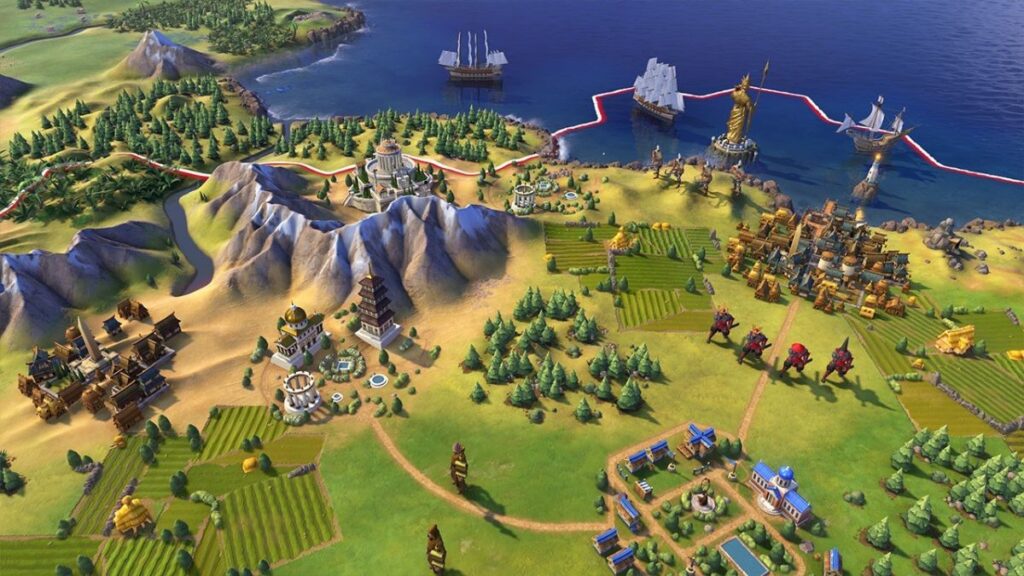 Every Civilization game and Civ 6 guide will talk about strategies and goals. There are four victory conditions: domination, science, culture, and religion. At the same time, these aspects might impact the relationship with your neighbors and the potential alliances. For instance, Cleopatra values the allies with a strong army and those who choose domination strategy. Otherwise, she might declare war on your civilization.

So it is good to estimate what is interesting for you, but keep in mind that some aspects are still too elaborated for the beginners. So you will progress in the future.

Сiv 6 Tips: Choose a leader that suits your play style 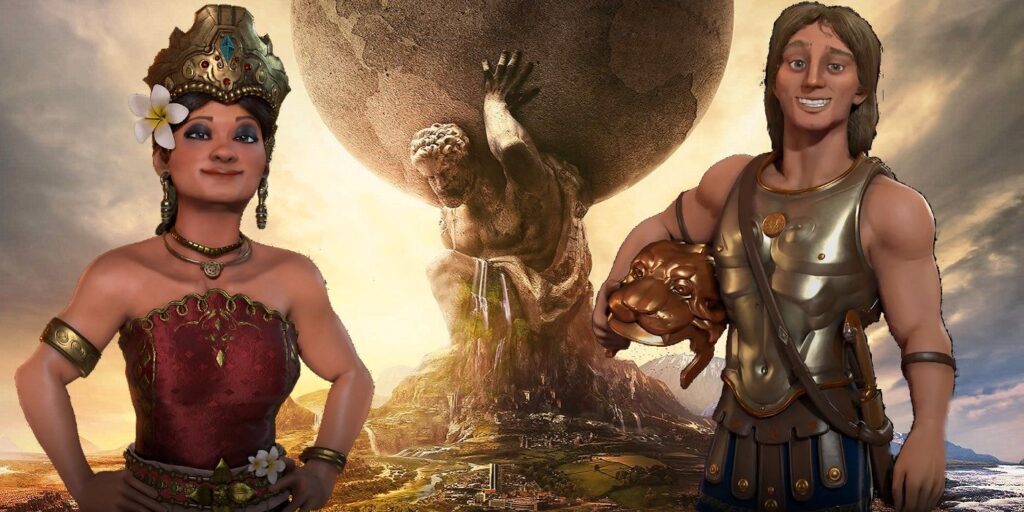 If you are a beginner, and you are reading not one Сiv 6 Tips, you notice how people advise you to start from something easy to achieve. You might start by considering the science strategy, as it is less demanding and tricky as culture, religion, or dominance. Therefore, you might start with Russia and Peter I leader, who is good with culture and science. The trade routes can be additional science from any allies and advance Russia. Just try not to appear too aggressive with your neighbors to stir the conflict.

At the same time, look for Arabia’s Saladin and Sumeria’s Gilgamesh, who both are good for science strategies. Science can also help you secure borders with a modest army as you focus on technologies and discoveries. 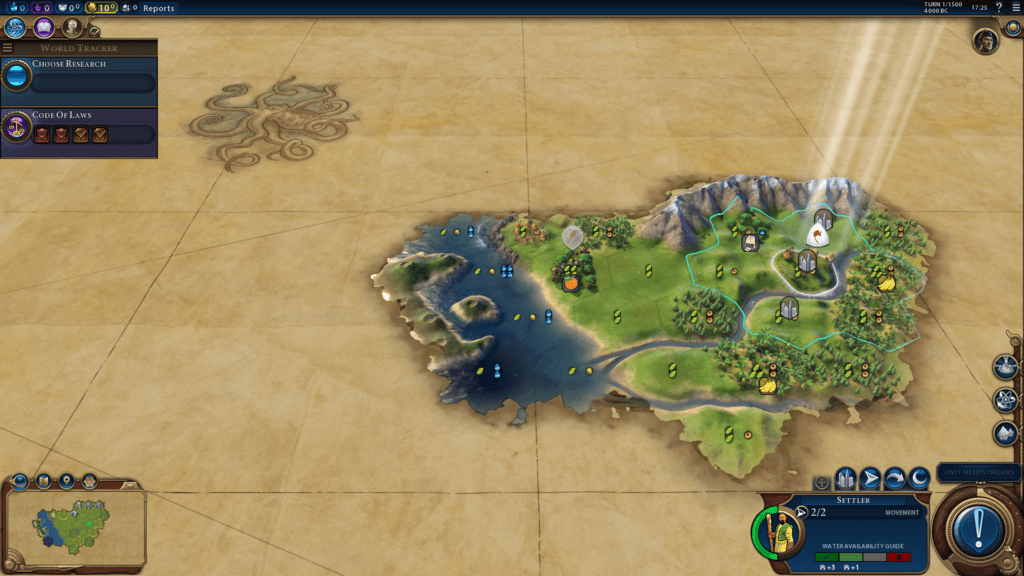 As you start a game and wonder how to play Civ 6, you will notice that there are some pre-set things that happen. The first Settler will be the most obvious thing to choose from as your capital city. However, eventually, you will move the Settler and spread your empire further. You should look for a place close to the water with farmable land and the possibility to access resources nearby. Of course, as you get into the game, you will learn how to turn into a victor in any situation, even with poor lands. Check for the empire expansion possibilities from the beginning, Create a Builder unit to set a farm and increase growth by building more houses. 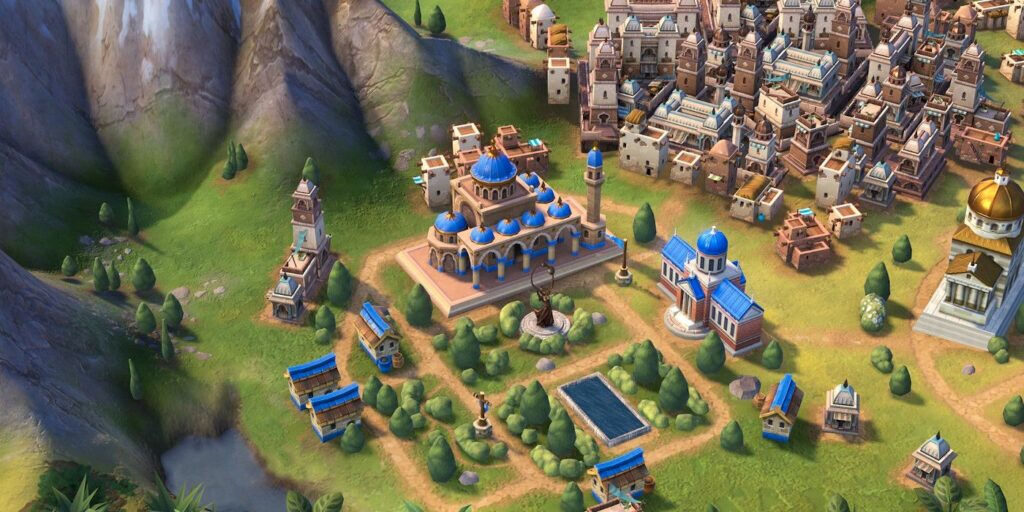 At some point, your urban design skills and knowledge, and some infrastructure basics will contribute to your quest on Сiv 6 Tips. You should always remember that the city can fall if you focus on one aspect of it. You can prioritize culture and trade, while the cities on the coast can pump naval units. As you play more and gain experience in the game, you can grasp the idea of how to make your city a leader or what districts you don’t need.

Don’t be afraid to fail; only the practice will teach you how to succeed. You can find a detailed guide on what to do, but will it be the same as if you figured it out?

At the same time, don’t waste your time wondering, but learn about all resources and technologies available for you. Learn how to make the most of your situation, and it will contribute to your success.

City-states can be your allies 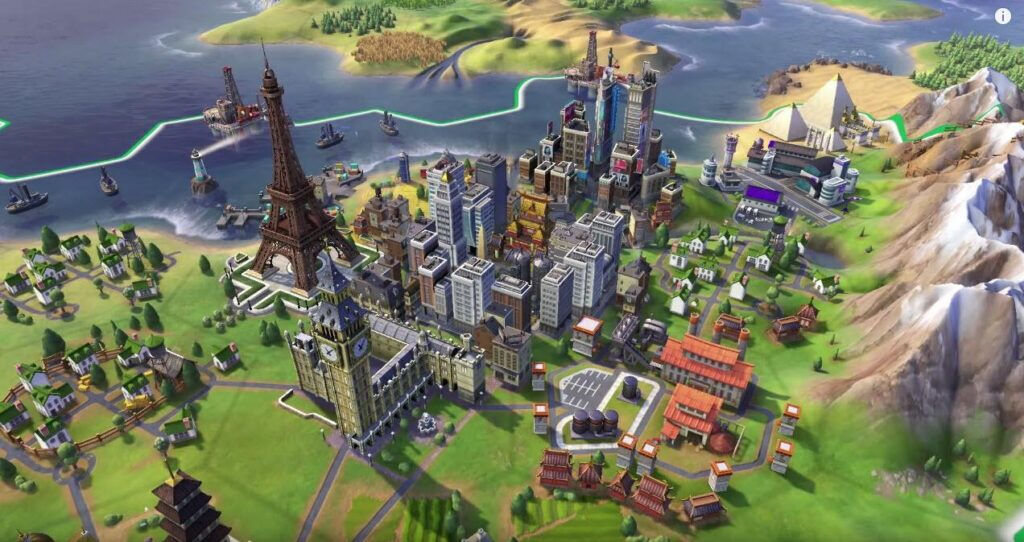 In the beginning, the first non-barbarians you are likely to encounter are AI-driven city-states. Depending on your strategy, you can befriend them or take them by force. Of course, if you are looking for a peaceful relationship and support, you can foster a relationship with them. It might also be your first experience of creating reading routes and sending emissaries. Your peaceful strategy can contribute to the city-state specific bonuses, which helps you to target your victory condition. Moreover, if you reach some level of alliance with the city-state, you can ask for the military support from the city-states.
Therefore, it is up to you, but we might see more logic in making a peaceful connection with these settlements. 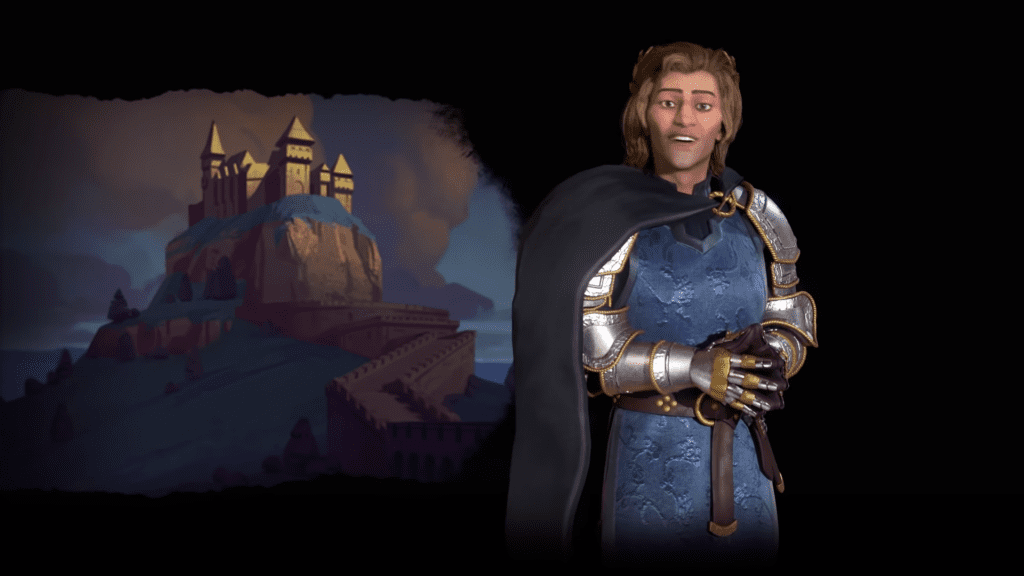 Even if you are focused on city-building and another resource search on the early stages of the game, eventually, you have to spend some time on the diplomacy menu. The negotiations and “friendship” are essential for you. You cannot stay on good terms with everyone, but you have to manage to find powerful allies that can send you help in the future.
While you don’t need every technology, you might need to improve your diplomacy. It’s just like in real life, but in Civ 6 you can actually try to make the best-case scenario for everyone. 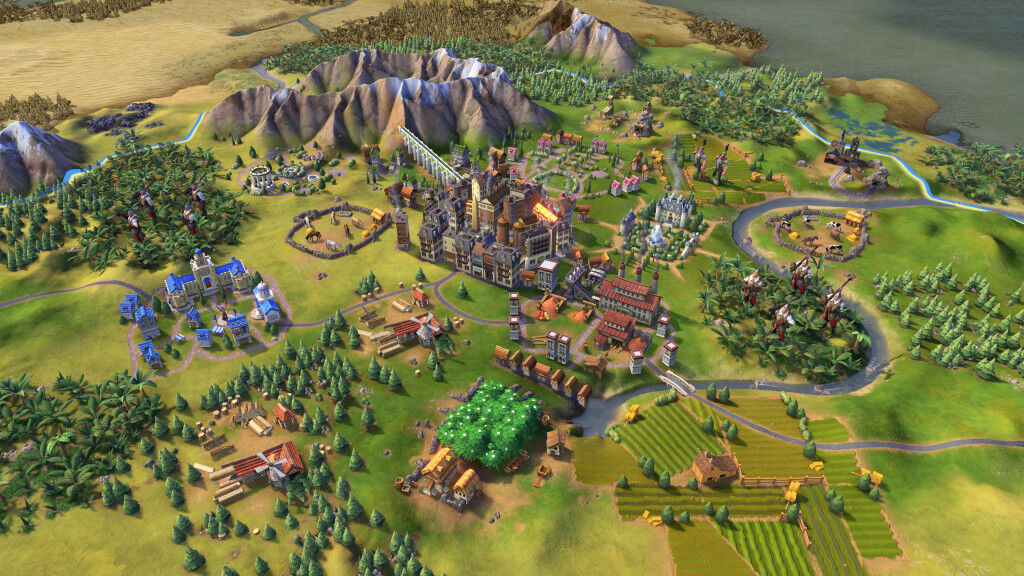 You can change these hotkeys in your menu, but knowledge of hotkeys is one of the musts of learning Сiv 6 Tips. Here’s our Civ 6 guide look on hotkeys:

Be the Ruler of the world 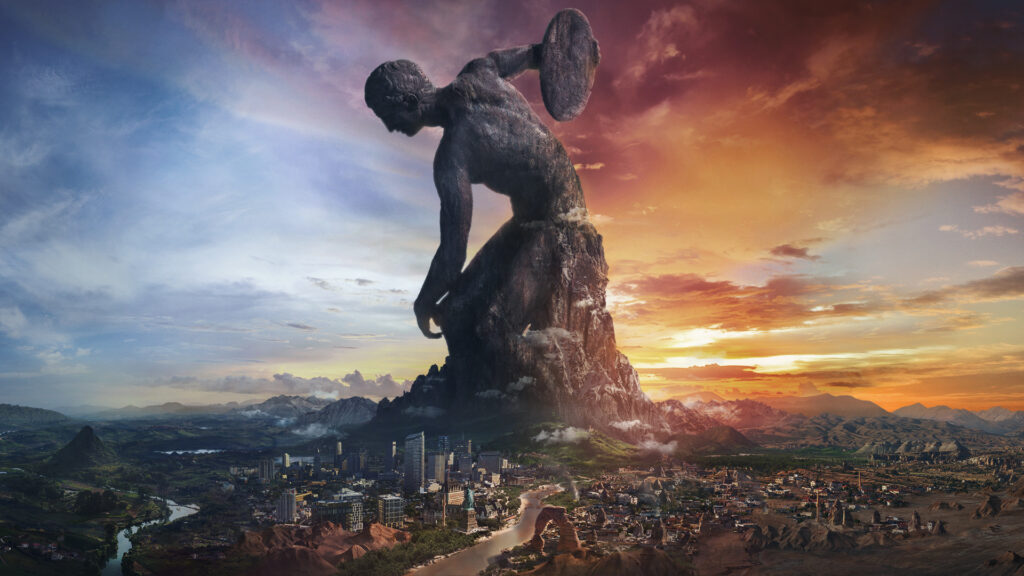 As soon as you figure out the basics of Сiv 6 Tips, you can be sure that your further game will be all about practice. No ruler was great from the moment they’ve risen to the throne. As you will learn Сiv 6 Tips, you will discover new ways of being more successful with your strategies and achievements.

Meanwhile, we welcome you to our YouTube channel dedicated to the most relevant topics, from technology to pop culture; you can find almost everything you need to know at WhatsHappening. WhatsHappening is a fast-growing community of people who love their job and love to provide our viewers and readers with the latest news and top lists. Games, films, education, IT, we try to do our best to update you and shed light on what’s happening in the leading industries all around the globe. Don’t forget to ring the notification bell to always be the first who receives new videos.