We all know that games on smartphones can turn into a hell experience with all ads and pestering notifications to purchase something right away. Without a doubt, some games rely on the WiFi connection if you are joining the multiplayer. However, others can be explicitly designed to provide you with all that information trash you don’t need. What can you do to avoid the unpleasant consequences of being a part of the grid?

The answer is simple: there are options for Android games that don’t demand cellular connection. We made a list of Best Offline Android Games specifically for you, and it is hard to find the top better than this one.

This Habanero’s multiple-choice trivia game is a gem for training your brain. It has more than 3,700 questions from ten fields of knowledge available to you in English and German. The game doesn’t seem to stop, and you can expect more questions in the future and maybe new categories to explore. Pick one of three modes to join the game, use in-built hints (without them, it is more interesting), and enjoy it offline.

It was downloaded more than 2,5 million times and received many positive reviews. It is one of the most intelligent offline Android games of all time. 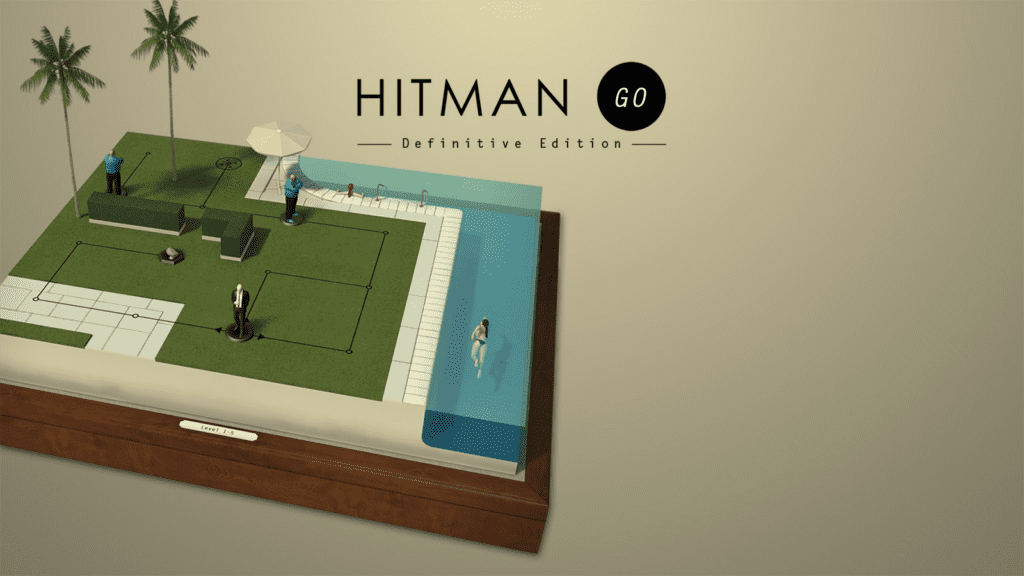 Square Enix’s Hitman is the undeniable leader and one of the most liked series of all time. However, Hitman Go for Android is a turn-based puzzle video game that doesn’t lack its predecessors’ charm. The gameplay resembles chess in terms of moving on the map, and for successful completion of the level, you have to finish the puzzles. Each level you progress, the puzzles keep becoming harder to figure out. It also relies on your tactic and strategic skills, so you can avoid being killed by enemies who move on the same node.

Arguably, it is one of the best offline android games you will encounter on the market. It received a lot of positive reviews both for the gameplay and aesthetics of the level design. 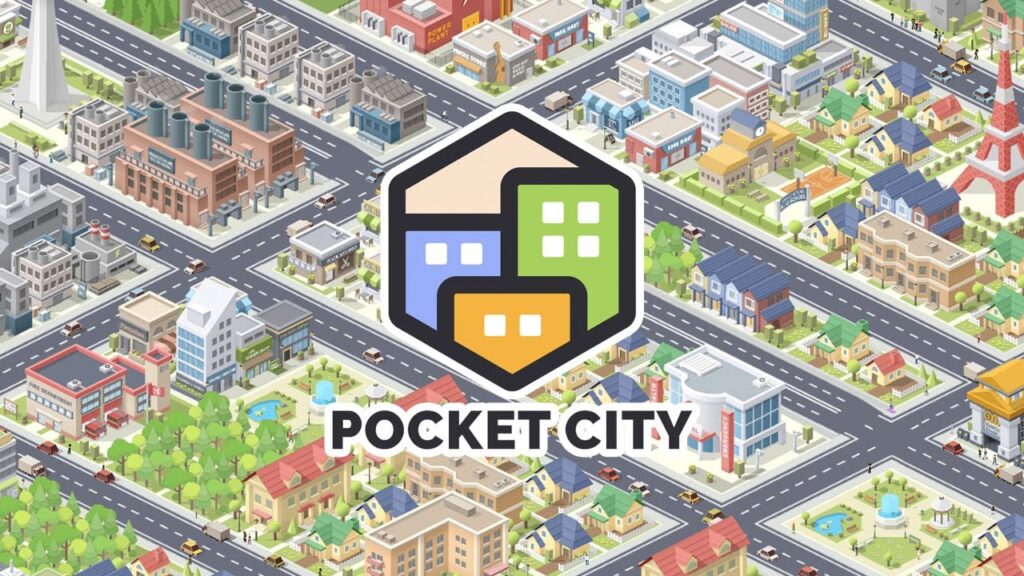 We all remember such games as Sim City, one of the genre’s best examples of building simulation games. It is time to include to the list Codebrew Games’ Pocket City that doesn’t look or feel worse than its PC or console counterparts. Here, you are the mayor of the city. You have to make your city awesome, without a doubt. Although the premium version has more features and sandbox mode, you can still play it without connecting to the network and watching ads.

The game has many positive reviews, and it is popular among the fans of strategies and quests. With the game, you can prove that you know how to create a real urban paradise. 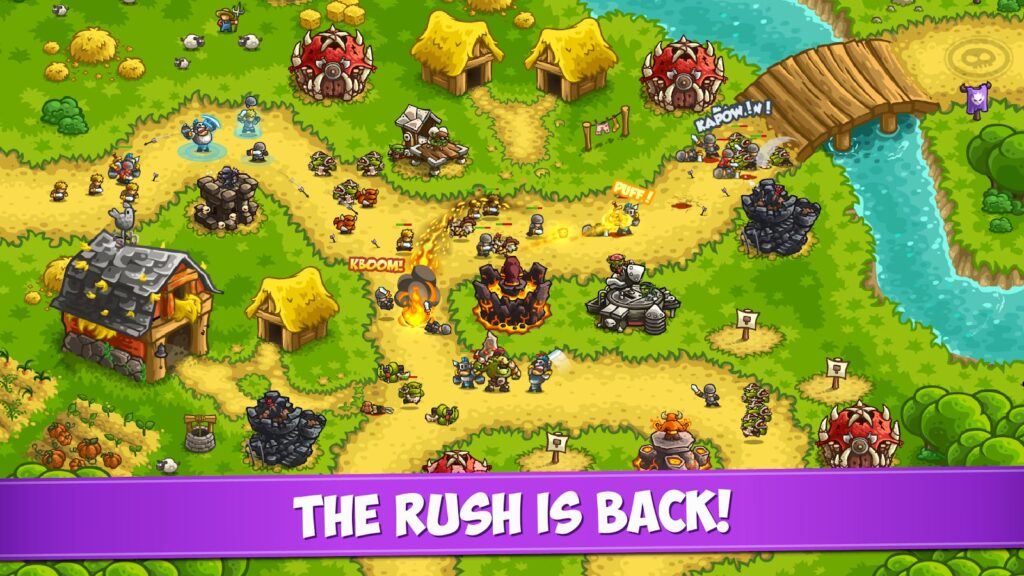 Ironhide Game Studio’s Kingdom Rush series seems to have found the perfect balance between gameplay and high-quality art that attracts players to it. The game revolves around tower defense tactics where you have to work on your army, customize your characters, magic, and weapons, and, of course, defend your towers. Overall, there are 16 levels, 35 bosses, 30 upgrades, and more than 50 in-game awards you want to obtain. You don’t have to worry about the pay-to-win aspect because you are responsible for your progress. The game is challenging even without a multiplayer mode and presents a good example of the best offline Android games.

The series is very popular and has millions of downloads and thousands of positive reviews. 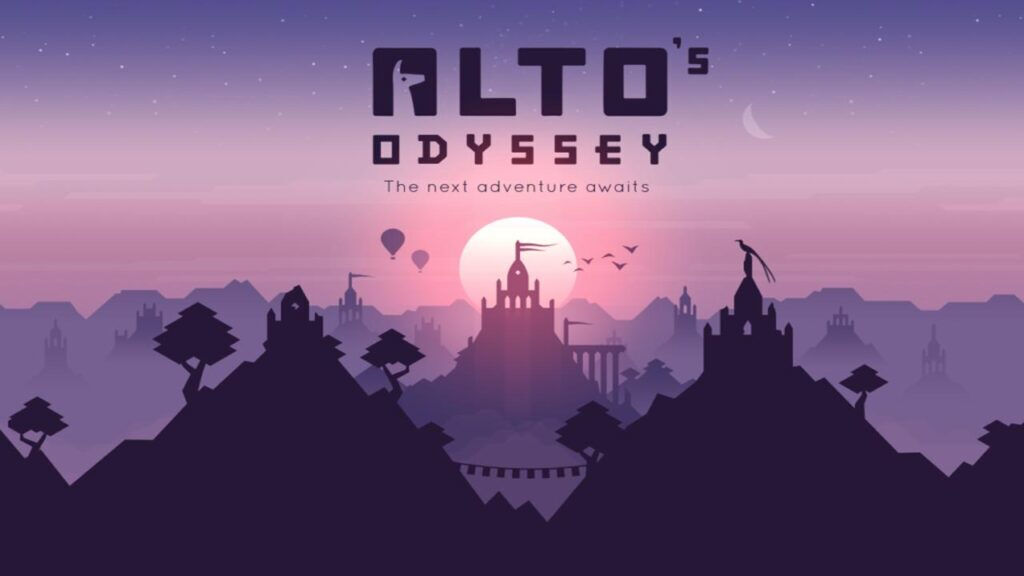 Team Alto’s game is an endless runner and snowboarding game. Alto’s Odyssey is a bit different from the first game. It has a desert theme and adds some new features: wall-riding, water and tornado mechanics, falling platforms, power up, and balloon bouncing. Overall, art and aesthetics are very calming and pleasing. You can almost feel the satisfaction when navigating your character through the scenery. The gliding and overall game objectives are calming enough, even though the game has a Zen mode that is designed to help you relax.

The game was nominated for several awards and received a lot of positive reviews. If you are looking for a beautiful entry into your best offline Android games list, include Alto’s Odyssey as your first choice. 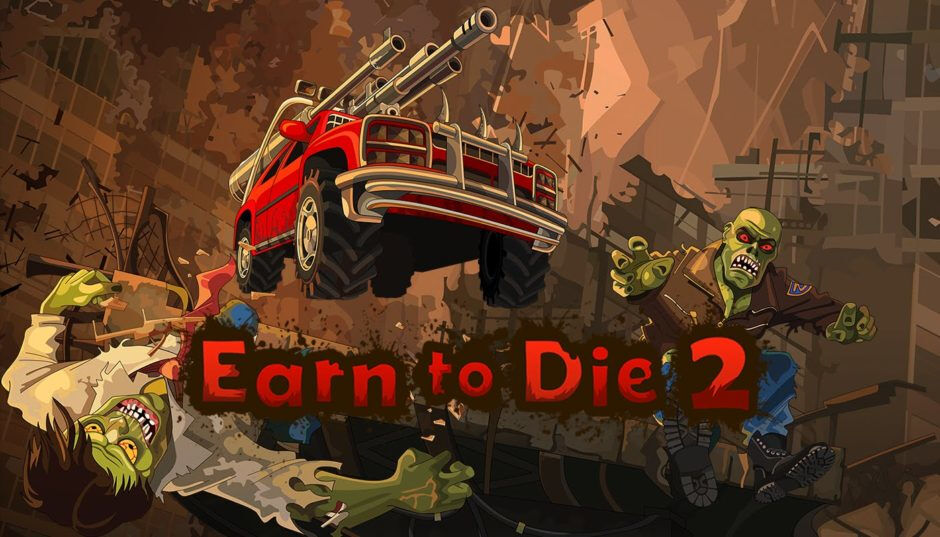 Toffee Games’ Earn to Die 2 is a side-scrolling platformer game where you are driving from zombie affected areas. The game has quite decent graphics and game mechanics that you learn easily and start enjoying your escape quest. The new story mode is five times longer than the original game, and you don’t have a feeling that Earn to Die 2 is too short. We must say that this title is definitely one of the best offline Android games that include having a strategy to clear the level. It also includes advanced customization of your vehicle and new possibilities to break through the zombie herds.

This one of the best android game was well received, and many people still wait for new installments in the series. 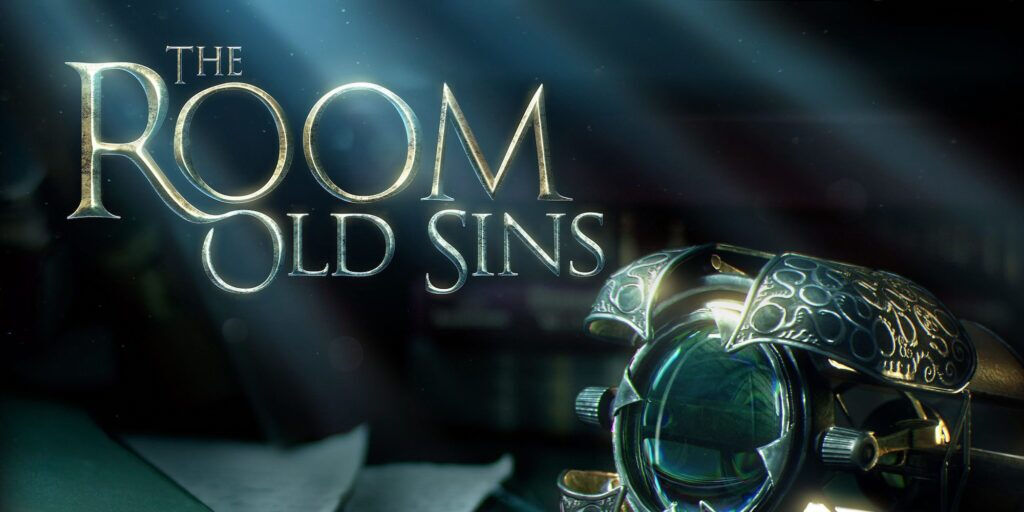 It is quite notable how Fireproof Games managed to create the puzzle game that started as a game application for Android and then was ported to various platforms. We suggest you play the series, starting with The Room and proceeding gradually by its sequels. The idea of gameplay is easy – you have to solve puzzles to escape the space you are trapped in. Although the games may feel short and quick to finish, they are definitely worth playing.

All three free android games of the series have sold more than 11,5 million copies and received quite favorable reviews from critics and players. It is a perfect choice for puzzle survival fans and an excellent choice for offline Android games. 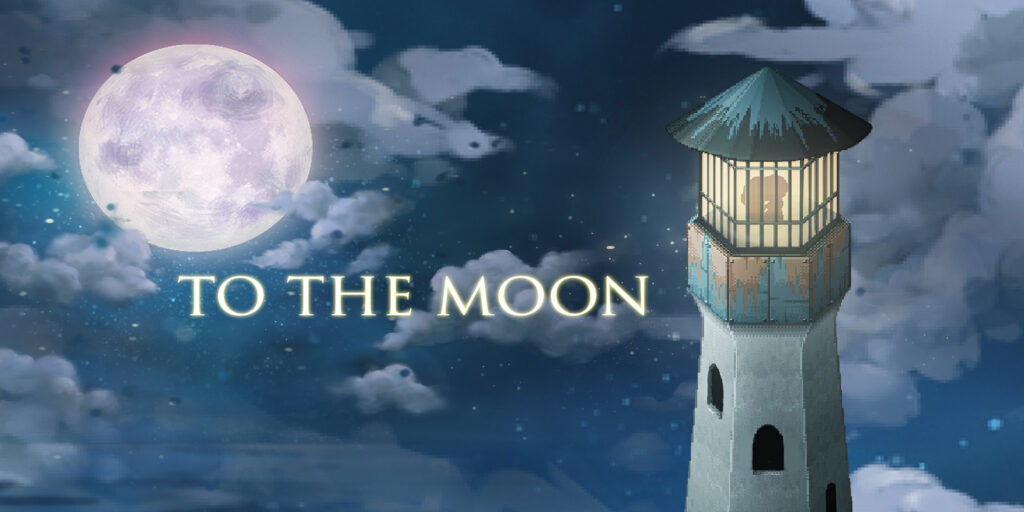 Freebird Games managed to create one of the most heartwarming and heartbreaking titles ever made in the history of adventure games. To the Moon follows the idea of artificial memories created as wish fulfillment for dying people, and you follow the story of two scientists who must help their patient Johnny Wyles. The game resembles a role-playing game without a battle, inventory, or party systems. The game is story-driven and you have to solve puzzles to proceed with the narrative. At some point, you have to be creative with manipulating the memories and approaching the story as seamlessly as possible.

The game received mostly positive feedback for the story, even though the gameplay wasn’t as versatile as you might expect. It is a must-play for sure among offline Android games. 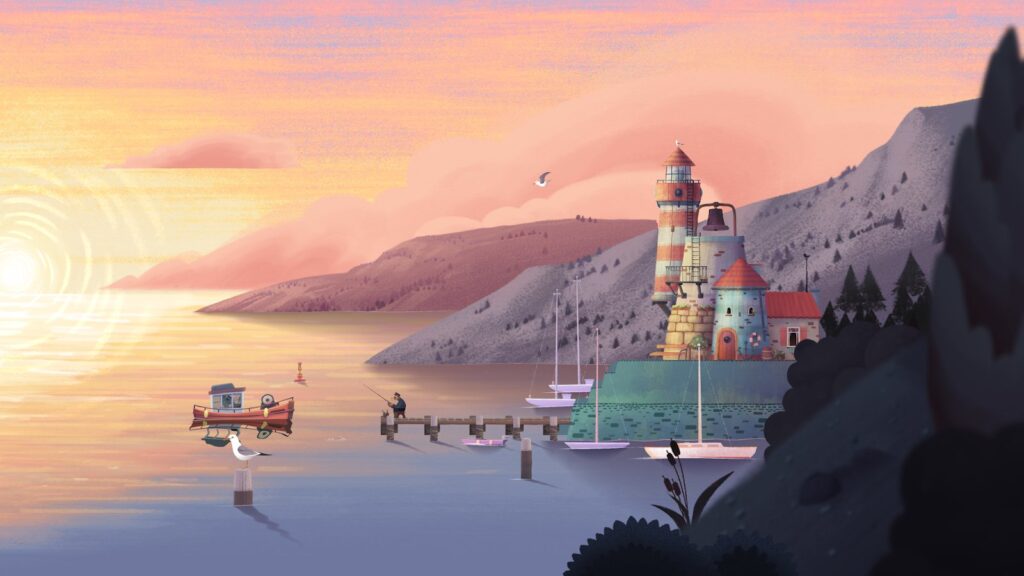 Another story-driven adventure game, Old Man’s Journey by Broken Rules, which focuses on changing the environment around you to progress with the plot. The game also includes puzzles, almost always environmental, to move forward. We point this game out by its beautiful visuals and engaging story, where you learn about regret, love, and the choices we have to make. Of course, it doesn’t involve too many game mechanics or battles, but similar to other titles in our list, these games bring you more narrative and story joy.

The game received various awards, including winning Best Visual Art, Best Narrative, and Best Artistic Achievement prizes. If you are looking for one of the best offline Android games, then you will fall in love with Old Man’s Journey.

1. The Wolf Among Us 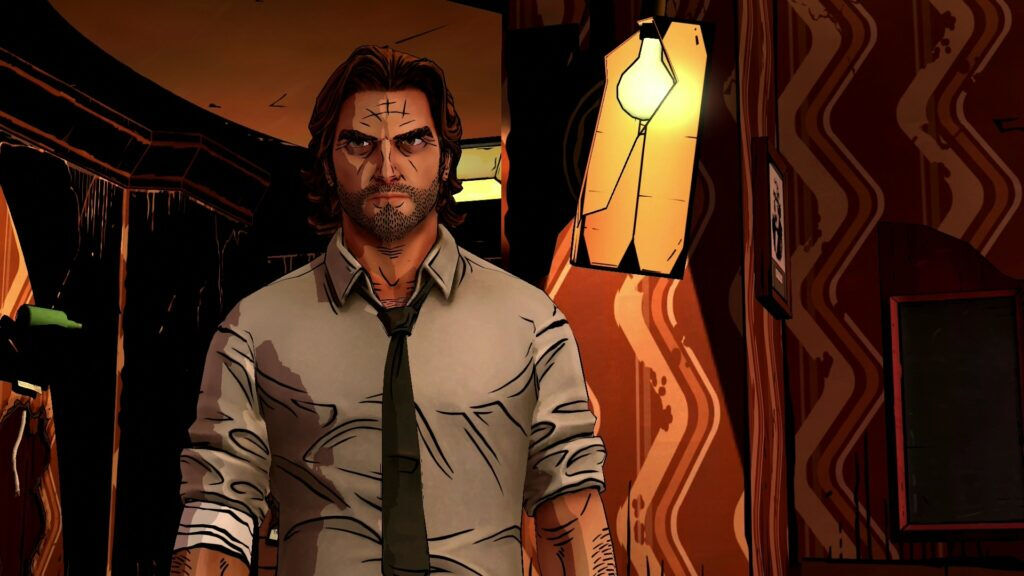 Surprised to see this Telltale Games gem here? The game was actually adapted for smartphones as well, so you can bring your favorite episodic adventure game anywhere. Basically, it’s all the same as it is via other consoles – you play as Sheriff Bigby, and you have to solve the crime that shocked Fabletown. The dialog system and game combat remind of the console versions, and we are pleased how graphics and art weren’t altered in the Android version. The game can be played offline without pestering ads, but you have to purchase episodes, just like on any other platform.

It is one of the best offline Android games and episode games for you.

Best free android games are not only about the ads

Your smartphone is not only a portable computer but the console as well. If you are stuck in a long waiting line, or you want to relax after a hard day at work, these games will make you cheer up. Of course, we highly recommend you check what titles you are downloading from Google Play, but most of them are secured and moderated. This list was hard to make because there are so many good offline games to choose from, but we hope you will like it. Do you think we should have added something more? Do you like puzzles or action games when playing on Android?

Meanwhile, we invite you to join our WhatsHappening community, where we regularly share the latest news of pop culture and make unique lists and tops of games and movies. We always try our best to make only relevant updates, the ones that will help you and provide you with the most recent info. Don’t forget to ring that notification bell to always stay on top of what’s happening.