Fighting games are almost a non-changing genre. Here’s you, here’s your enemy, you both have health bars and a combination of punches and kicks. Reduce the enemy’s health to zero before he reduces yours. The formula is simple and straight as a stick. However, there are numerous games in this genre and even the whole series, with dramatic entrances, hardcore (or friendly) gameplay, and various visuals. In the end, fighting is a pure and true pleasure when you defeat your opponent straight from your skill in honest competition. Here, we present to you the best fighting games of all time. 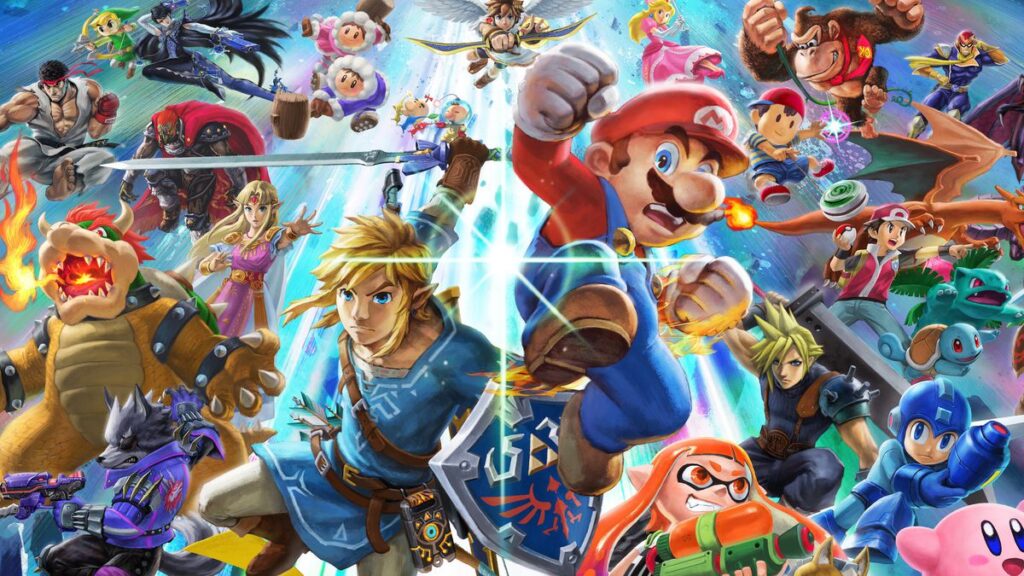 A crossover fighting by Bandai Namco. The “Super Smash Bros” series features fights between Nintendo’s superstars like Mario or Donkey Kong on tiered arenas. Despite being a representative of a “brutal” fighting genre, Super Smash Bros is a family-friendly product and a game that anyone can manage. Colorful, nice imagery, intuitive combat system, and familiar characters may bring hours of fun. Super Smash Bros was awarded on TGA as the Best fighting game 2019. 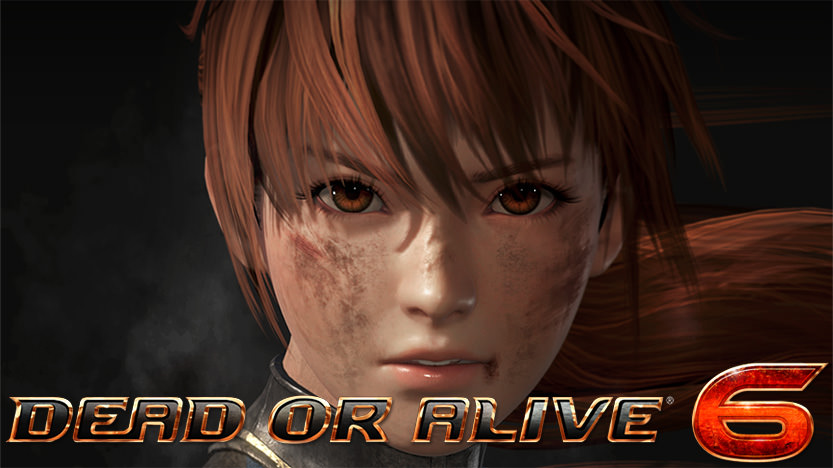 “Dead or Alive” fighting games series is a contradictory subject. On the one hand, it is a pretty famous and long-living fighting serial. On the other hand, it is a pretty niche game for hardcore genre fights. The last game in the series tries to break this ambiguity and be closer to novices and keep the depth, which fans like so much. “Dead or Alive 6” was developed by Team Ninja and released in 2019. Like the previous games of the series, DoA 6 is complex fighting, with a demanding and thoughtful combat system, which will please the most demanding gamers. 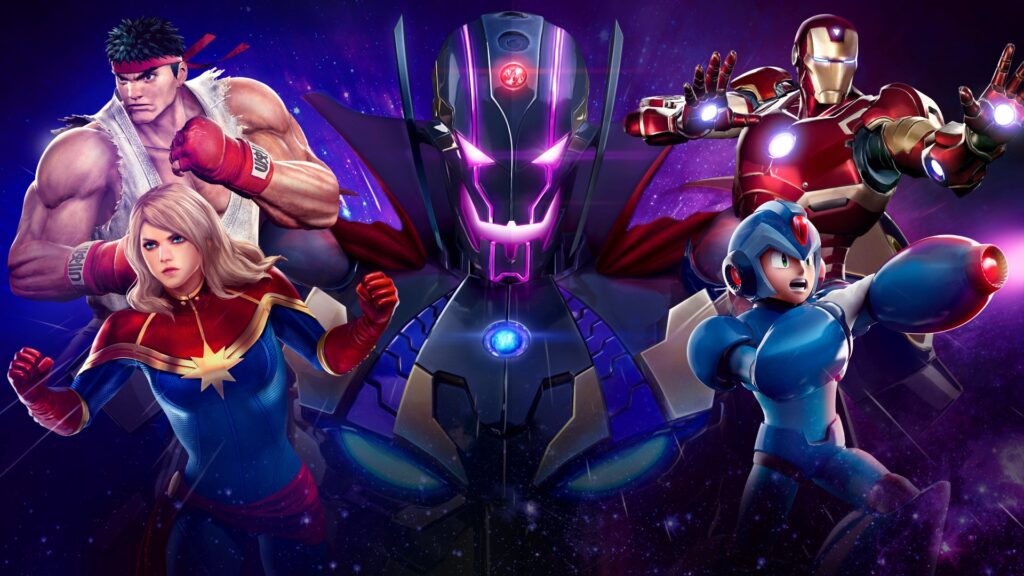 Marvel v.s Capcom is a long-liver among fighting games. The game was developed by Capcom and released in 2017. This time, the game allows pushing into each other characters of East and West. Who is cooler: Iron-man or Nemesis; Chun-Li or Black Widow; Dante or Dr.Strange? “Marvel v.s Campcom” gives explicit answers. The gameplay is fast-paced and encourages brave combinations of techniques and characters. Each combat implies two characters from each side and fast switches between them, even mid-combo. One of the best fighting games. 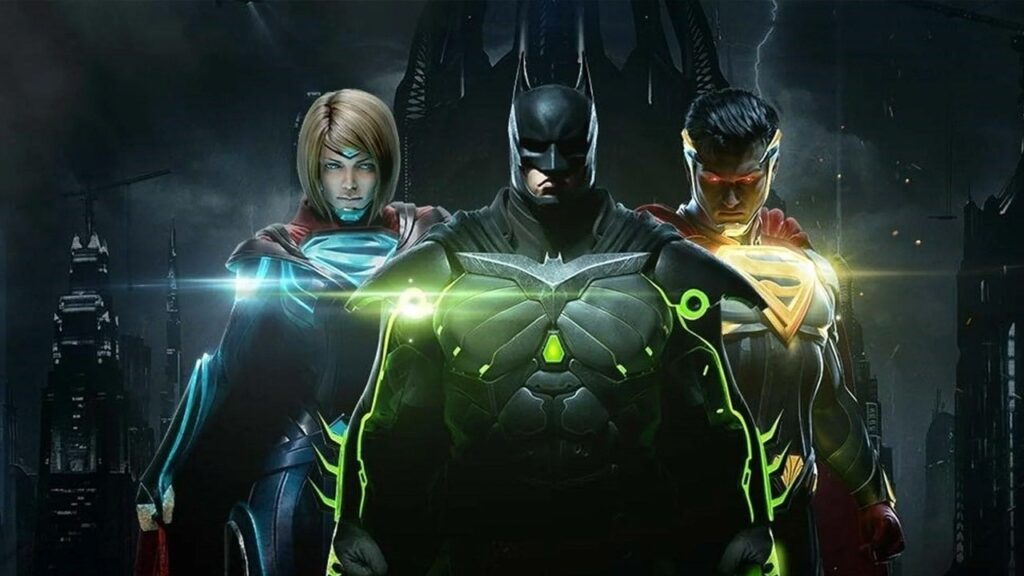 Injustice is the fresh blood on the fighting scene. Developed by “Nether Realm” studios and released in 2017. Injustice 2 takes place in the DC Universe, with messed up timelines, “bad” good characters, and other comics tropes. The game has a simple and straightforward combat system but compensates for the simplicity of the process with bright and detailed special moves, which reflect the nature of each character. A good fan service game, which can be played with friends or during parties. One of the best fighting games about superheroes. 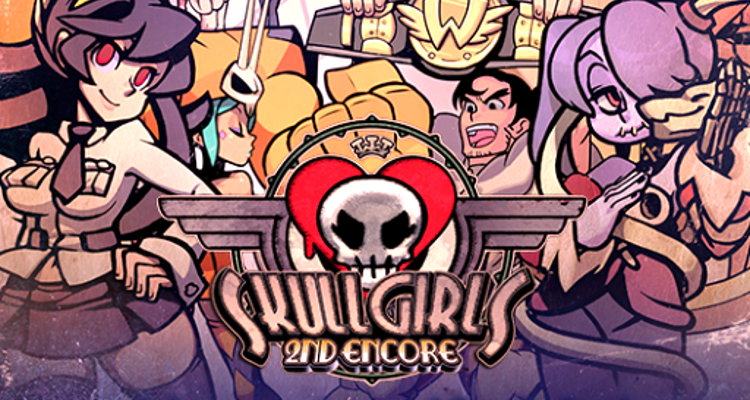 SkullGirls is one of the most good looking fighting games available on the market. The game was developed by Reverge Labs and released in 2012. SkullGirls inherits the cartoonish style not only for general characters’ representation but for their moves too. Each of the eight Skullgirls has an expressive moveset, which does not end with general punches and kicks. Characters change their forms, twist, and spin around, turning fights into a visual feast. The gameplay basis is solid too. Despite having a humble roster for the characters, the game requires time and dedication to master all of them. One of the most good looking best fighting games. 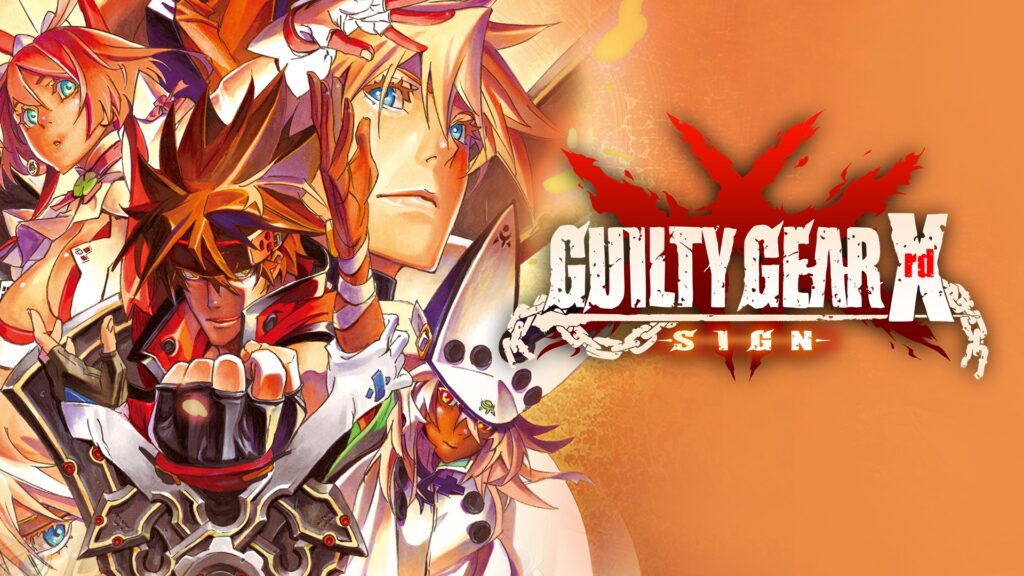 Guilty Gear was developed to shatter the status quo on the fighting scene. A very conservative genre of fightings, with very little changes from game to game, was pleasantly diversified with the bold and loud “Guilty Gear” series. Guilty Gear Xrd was developed by Arc System Works and released in 2014. The game, as usual, mixes hardcore gameplay, explicit visuals, and a heavy metal soundtrack. The game aims to be unusual and reaches this goal masterfully with not boring character designs and complex movesets. The game has its face and charisma, don’t miss one of the best fighting games. 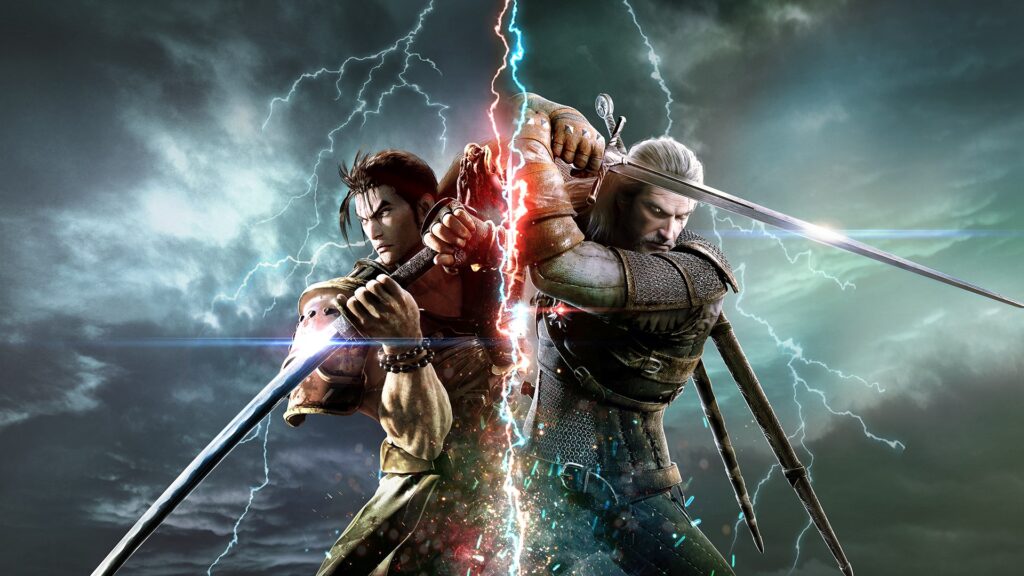 Fighting with huge swords! The ‘Soul Calibur” series expands the usual frames of the fighting genre and adds different examples of cold steel arms to good, old brawls. The sixth game was developed by Project Soul and released in 2018. Each fighter possesses a certain type of weapon and fights accordingly. The sixth part of the series may flex with great visuals, a detailed character creation and customization mode, and a few guest characters such as Geralt of Rivia or android 2B. Unorthodox and rewarding, one of the best fighting games. 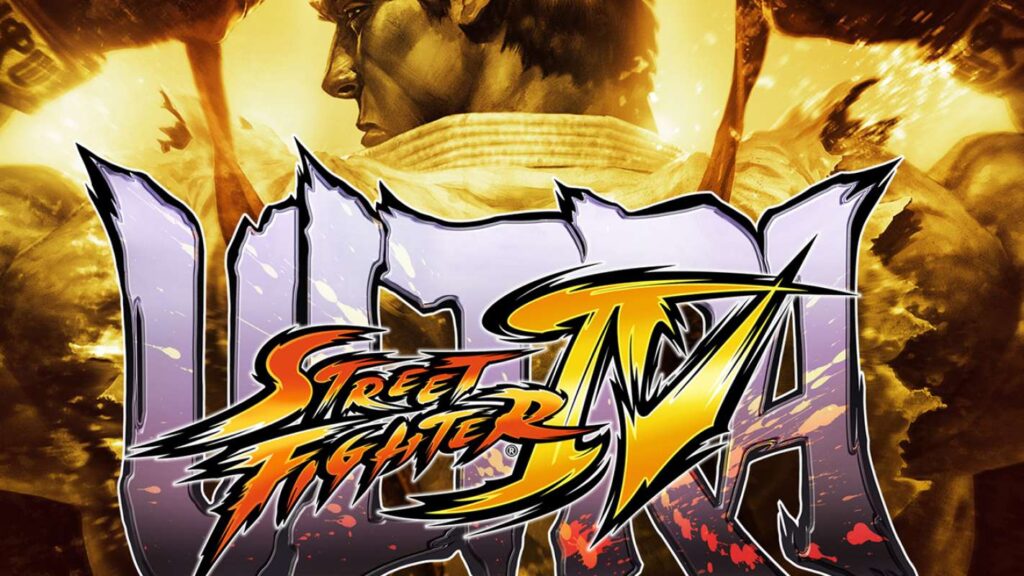 Another final iteration of a renowned series. Tekken 7 was developed by Bandai Namco and released in 2016. One of the signature series features is a strong (as for fighting genre) storyline, which unfolds through decades. Tekken 7 ends most of the plotlines and gives answers for long-stated questions. Still, it is a game accessible by novices in the series. Tekken 7 has good visuals, comfortable controls, and a roster of odd but alluring characters of all shapes and forms.

Available on: Playstation 4, Pc, Xbox One. 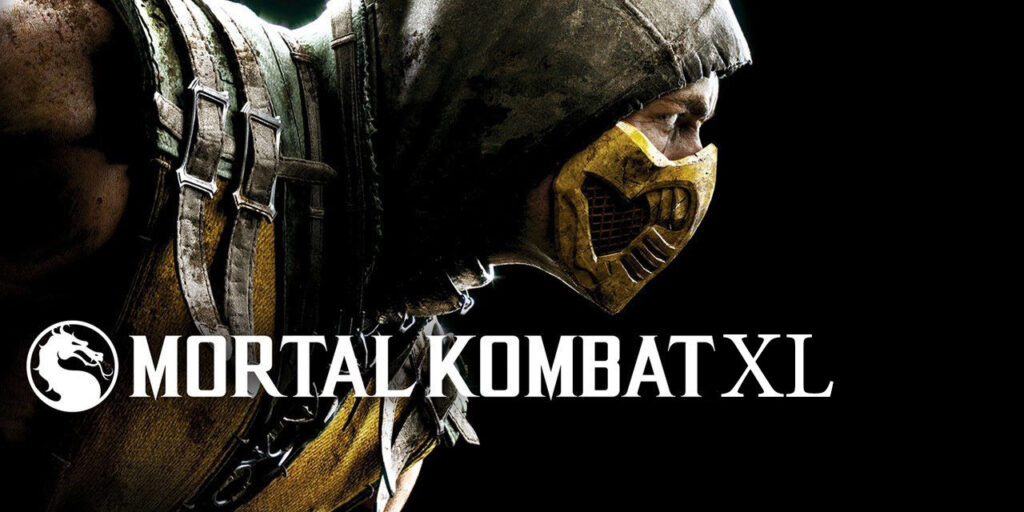 The legend, which does not need an introduction. The supreme series among the best fighting games of all time. The top list is just a formality because everyone knows the best fighting game, and it is Mortal Kombat. The brutal and merciless battle between demi-gods, cyborgs, and ninjas enthralls generations of gamers. Mortal Kombat X was developed by “NetherRealm” studios and released in 2015. The game has everything for what gamers like series and more: gruesome fatalities, a wide roster of characters, from simple to complex, a cinematographic story, and endless fun with friends.

When you’re done with top fighting games, why won’t you visit our channel? “What’s happening?!” is a channel about video games, reviews, news, interesting facts, and stories behind the curtains. We create informative and entertaining content for our viewers. We treat games as more than mere entertainment, so we want to create qualitative and interesting videos, which we would watch ourselves. The feedback is valuable; we read the comments and try to be better for our viewers. The gaming industry is more than reviews and news; it is stories behind games creation, people, and their creativity. We want to share these stories with you. Besides, we create analytical videos, with games plots and gameplay parse, Easter egg explanation, and useful tips provision. If you want to know what’s happening – visit our channel.