The entertainment industry has created a lot of undying genres. Fantasy is one of them, and it is particularly popular among video fantasy games. Let’s take a quick look at what makes this genre so popular.

We have a world in which the existence of different races (such as dwarves and elves, for example), fantastic animals, and magic is possible. And all this is taken for granted in the fantasy genre; all miracles in this world are the norm; they obey similarly to the laws of nature in our world. Fantasy is fairly easy to implement in books, but they can’t provide a visual part. Movies require a significant budget, whereas video games can make you a part of any fantasy world. We have one possible explanation for why the fantasy genre is so popular among video games. Now, what can be said about the games in particular? Only that there are a lot of very good games of this type. Sometimes, it can be difficult to choose one to get acquainted with or the one that will be pleasant to remember.

But here we are, with the list of the best fantasy games based on our analysis of critics’ opinions, players’ reviews, and sales numbers.

Top Fantasy Games to Dive You Into Other Worlds

In 2015, Toby Fox introduced the world to a game that he made entirely on his own. The visual part of Undertale is quite simple and thus captivates the hearts of players to immerse themselves further into the plot. Here, you are a child who falls into the Underworld, the world isolated from other people and populated by many different races. On your journey home, you will meet a lot of new friends and hostile creatures no less in their numbers. You can kill those who attack you, or you can spare them. It all depends on your desire, but your choice and your interactions will have consequences for the game ending. Thereby, this game will be interesting to replay to see all the endings.

9. The Legend Of Zelda: Breath Of The Wild 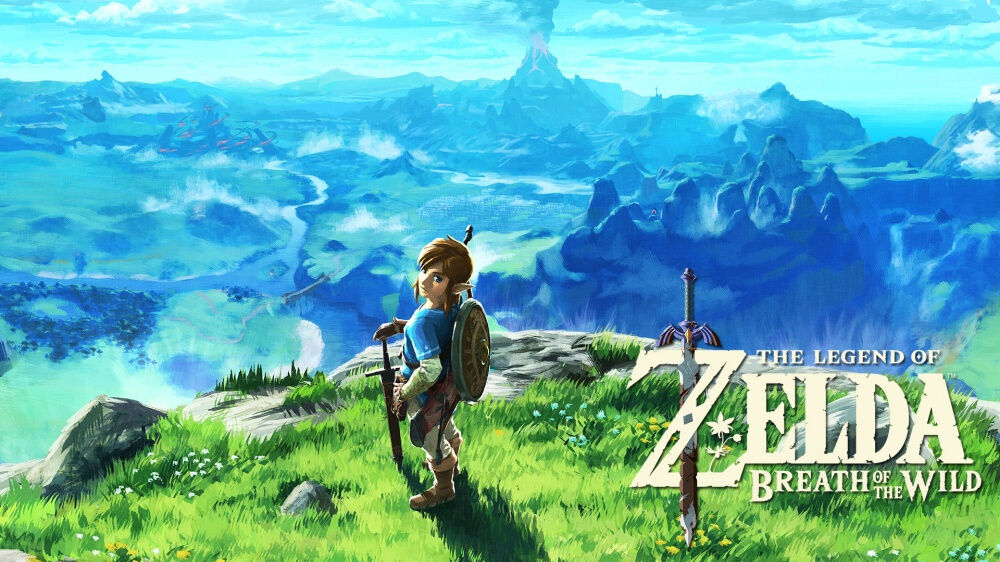 For many players, The Legend of Zelda series is akin to A Song of Ice and Fire for love and waiting for a new part. The part Breath of The Wild was announced in 2013 but released in 2017 by Nintendo. Here, you are an elf named Link, and you need to save the world from evil Ganon, who destroyed the kingdom Hyrule. The game is good for fans and for those who will be playing for the first time because it’s based on the history of previous fantasy games but has a hundred years time skip. You will have a lot of time to gain the necessary information and prepare to fulfill the main quest.

The Legend of Zelda: Breath of The Wild is considered to be one of the best fantasy games, and Metascore 97 only proves this title.

Available on: Nintendo Switch, Wii U. 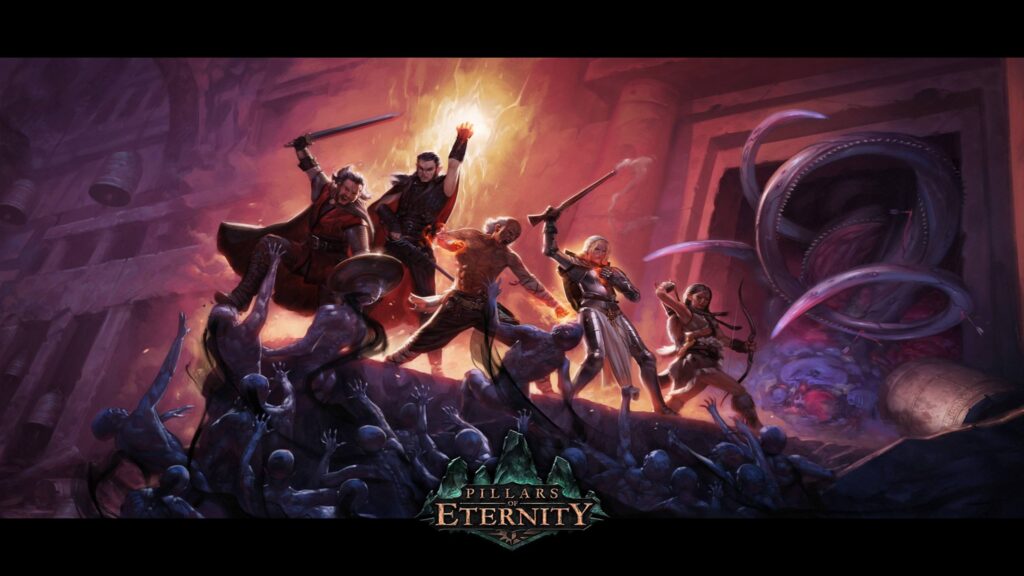 Fantasy games in which your choices affect the ending deserve attention. Pillars of Eternity, released by Paradox Interactive in 2015, is yet another fantasy game with this feature. Apart from that, it has an open world, which allows you some freedom of your gameplay, and eleven classes, which will diversify your replaying. Major events take place in Eora, where children without a soul began to be born. You have a gift that allows you to contact souls and see other lives. Using this gift, you need to understand the issue of “soulless” children and find your place in this wonderful world.

Variety of classes, the uniqueness of each character, and the many stories you will encounter inside Pillars of Eternity ensure that this game has a total of 89 score on Metacritic, over 700,000 sold copies (as of 2016), and a place in our list. 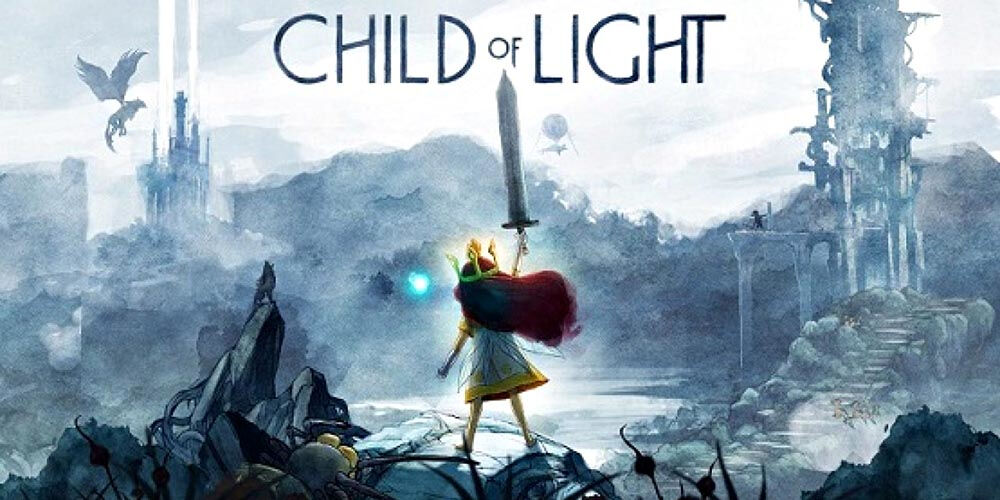 Released in 2014 by Ubisoft, Child of Light will surprise you with graphics in the first place: the whole world is painted in watercolor. Then you will be impressed by the plot designed for both children and adults. You are a girl named Aurora, and you find yourself in the world of Lemuria. You need to return home to your father, but you can do it only after you find stars, sun, and moon stolen by Umbra, the Queen of Night. The game has another component that makes it one of the best fantasy games. You never guess what it is until you play this game. Or, well, we spoil it a bit: everything in this game, from plot and descriptions to dialogues, is written in poems. 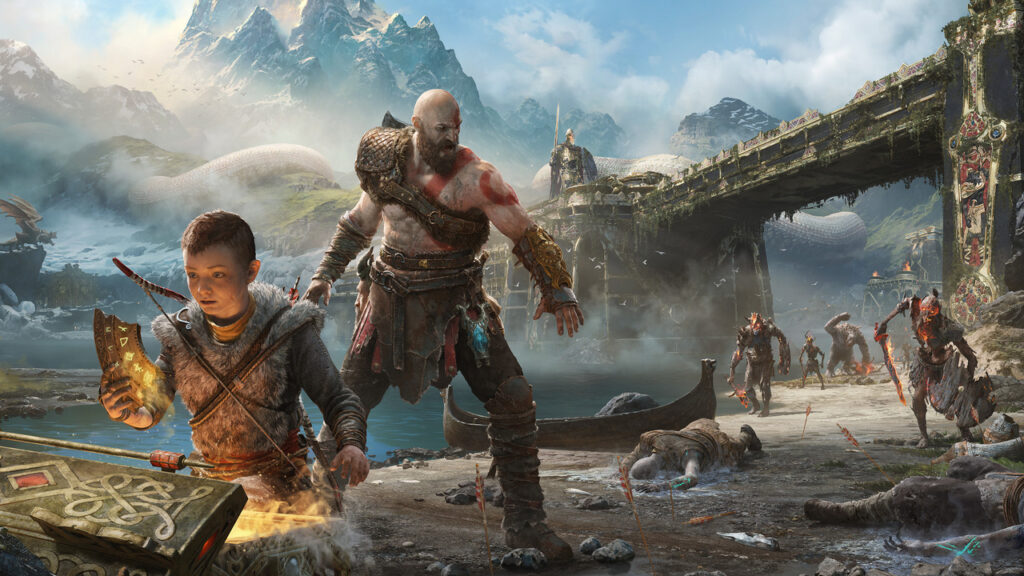 Yes, it’s correct: God of War is not limited to the only game released in 2018. Sony Computer Entertainment, Capcom, and Soft Club released the first game in the far-far 2005. Regardless of changes in combat mechanics, visual elements improvement, and plot branches, all  fantasy games maintain unity in the overall plot. Everything is about Spartan general Kratos who once challenged Greek and Scandinavian gods. These are the stories of rising and fall and rethinking myths. God of War is about betraying a family and destroying Olympus due to revenge. In the last part, it is also about finding a new family and taming the beast that lives inside Kratos.

God of War is a great fantasy game to become a part of the world of myths and experience an adrenaline rush in battles. The last part, released in 2018, received a total score of 94 on Metacritic, and had more than 10,000,000 sold copies overall as of 2019. 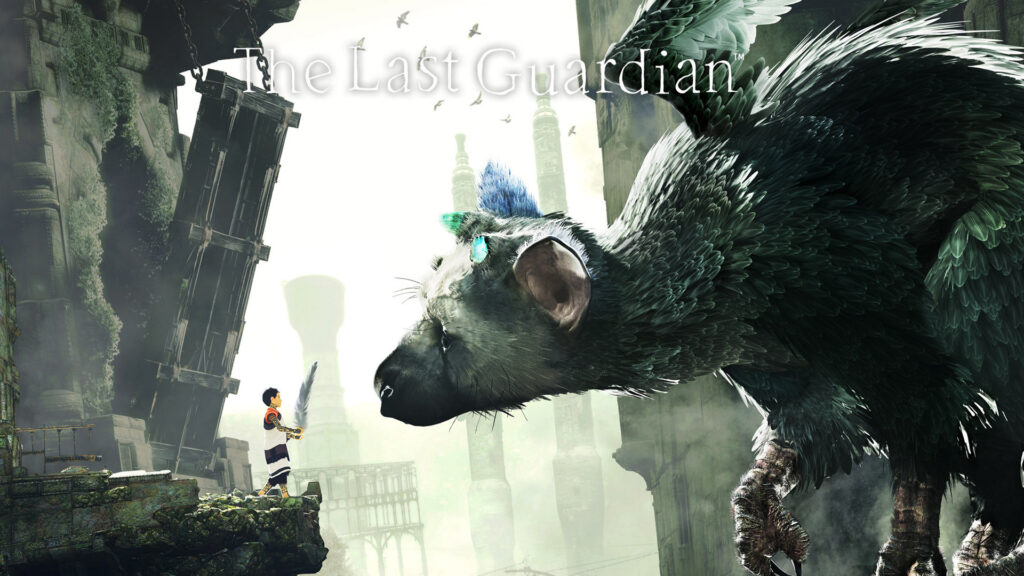 Sometimes, the best fantasy games are the long-awaited ones. The Last Guardian by Sony Computer Entertainment Japan was released in 2016, after nine years of production. You are a boy trapped in the ruins of a huge castle. You find a griffin-like creature named Trico who will help you return home. The plot seems rather simple, and its main essence is the development of the relationship between the boy and Trico. Now, a little bit about the uniqueness of the game: Trico is different from your usual companions in fantasy games. He can be quite naughty, and you have to take some time to get him to do what you need to do. It can be tiresome sometimes (especially when you spend an hour to make Trico jump over the bridge, and then he decides to return), so the game has Metascore 82, but enjoys 93,014 sold copies during the first month. 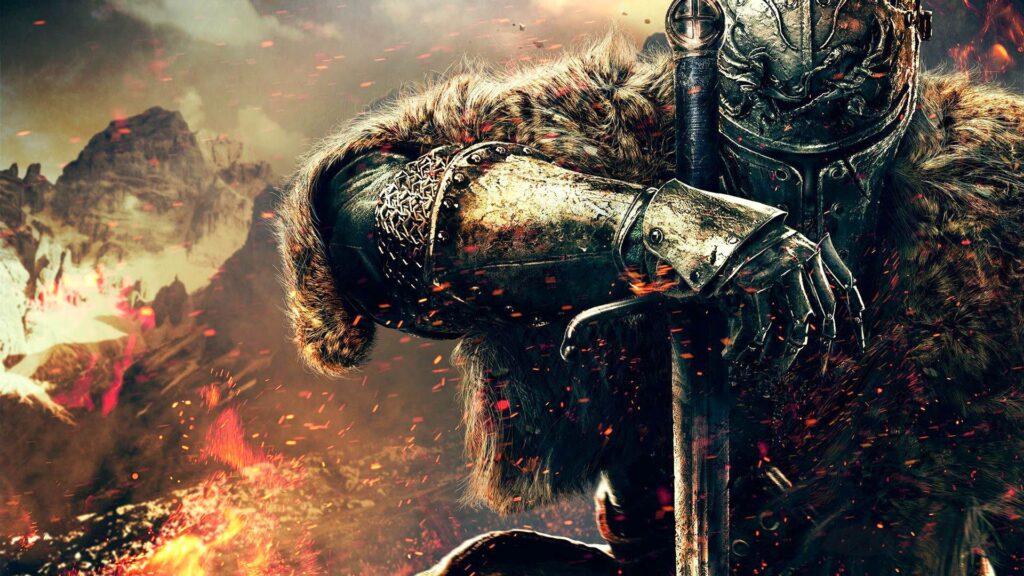 In 2011, FromSoftware and Bandai Namco Entertainment released the first part of The Dark Souls Trilogy. In every part, you will be a new protagonist as hundreds and thousands of years can pass. The settings remain the same: a world reminiscent of medieval Europe, Lordran kingdom affected by the Curse that turns its residents into the undead. You are the undead in every part, and your task is finding a way to rid the world of the curse.

The game does not burden you with a lot of information about the world. The combats here are the thing that will make you sweat and try to be stealthy. Somehow restrained reviews and Metascore 84 do not prevent it from being one of the best fantasy games. Gameplay, a comprehensive lore, and multiplayer mode make it worthy of your time. 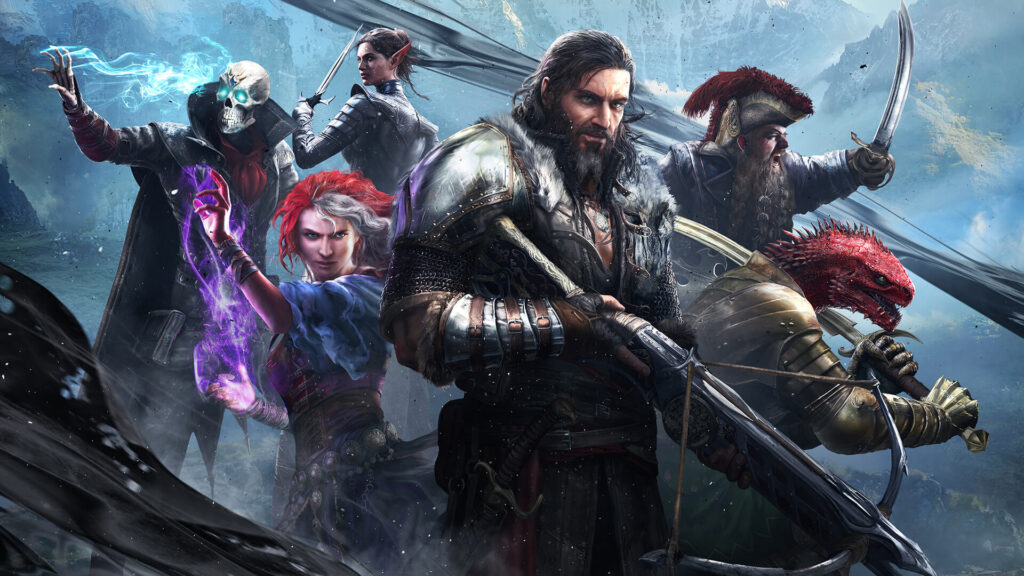 Divinity: Original Sin II is not only a fantasy game; it is a book, considering the amount of lore, dialogues, and notes you can find here. Released in 2017 by Larian Studios, this game revolves its plot around the weakened Gods, and fiends of Void threaten all living things. The mages are first under suspicion, and a special order catches and sends them to Fort Joy, a prison for mages. You are one of them on the ship that will sink along the way. You need to find a way to save the world and help your God, which depends on the race you can choose.

Almost endless possibilities in creating your character or choosing a default one, the world close to the open, and replete lore bring a total score of 93 on Metacritic, more than million copies sold as of 2017 only, and the place in our list. 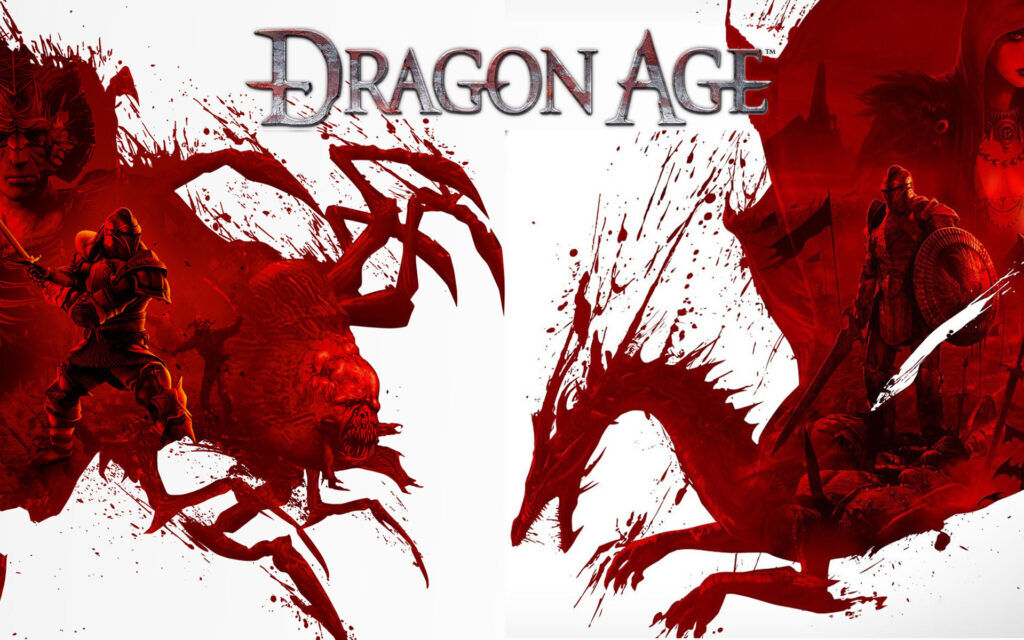 The Dragon Age series occupies a special place among the best fantasy games. The first part was released in 2009 by Bioware, and, currently, they are working on the fourth part. All events take place in the mainland Thedas. Besides the human world, there is a place known as the Fade, which is inhabited by spirits and demons. Only mages can visit this place while sleeping. Once ancient mages physically entered the Fade to occupy the Maker’s place but released the curse on their offsprings. Every few hundred years now, the Darkspawn try to end the world. The first part begins during the Fifth Blight. The second and third parts bring other challenges for the player.

The Dragon Age series is also notable for the opportunity to develop relationships with your companions. Every part has high scores on Metacritic: 91, 82, and 89 respectively. 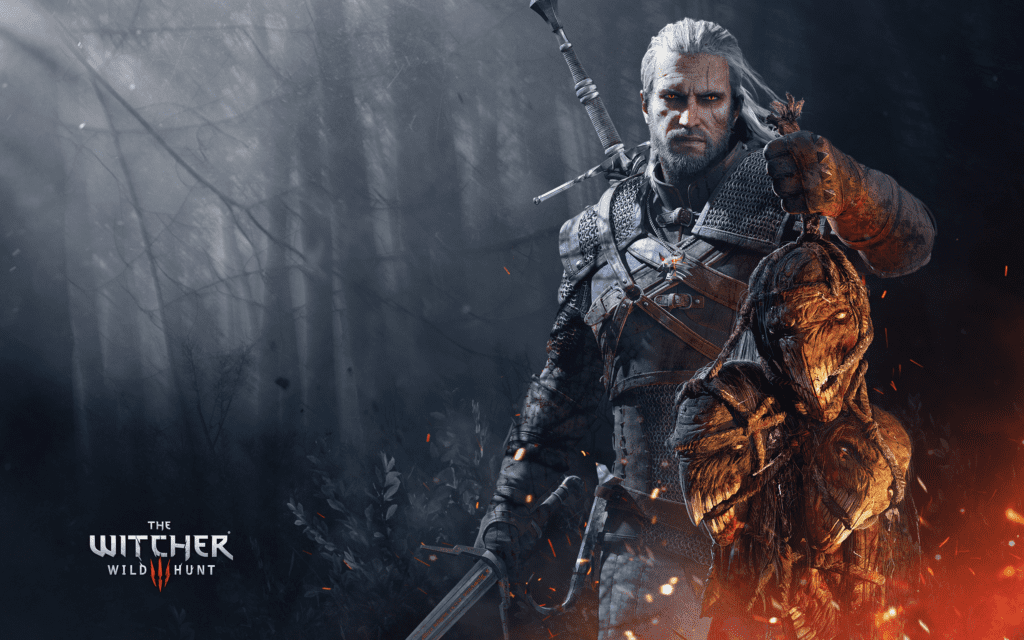 Finally, a fantasy game that gave the book series, an original source, many new fans. It is The Witcher 3: The Wild Hunt released in 2015 by CD PROJEKT RED. The beauty of this game is that you do not need to know the original because you will learn everything during your gameplay. Your character is predefined: you are Geralt of Rivia, a famous witcher who exterminates the unintelligent monsters threatening people. In between your orders, you need to find your named daughter and save the world from the Wild Hunt coming for everything alive here.

The Witcher 3: The Wild Hunt does not need a lot of words to describe it because everyone heard of it at least once. If you have been in doubt before, we can tell you not to hesitate anymore. So does a total score of 93 on Metacritic. And more than 28 million sold copies.

A good fantasy game equates to a good fantasy book and may be better than a fantasy movie. You discover a new world with magic, various races, and magical creatures. You can see a beautiful world created by the caring hands of creators. You can learn something new for yourself by collecting plot particles and revealing the events behind the main stories. You can become a part of a fantasy world and make new friends there. It is by no means not inappropriate: after the third part of The Dragon Age series, for example, one of our acquaintances was able to accept oneself and outlive the negative experience with family. All thanks to the feature of interacting with your companions there. Besides some fantasy games named in our list, you can also find friends or like-minded people in our WhatsHappening community channel on Youtube. There, we will tell you about new things in various aspects of life (we are not limited to video games only). Music, showbiz, movies, books, and world events, and under each video you can discuss something and participate in the conversation. To start with, you can share your opinion on which fantasy games are in your personal “the best of the best” list. We are waiting for you.