Wrestling is a unique sports phenomenon. It combines both – tense competition between wrestlers and almost theatrical shows. The pomposity of wrestling matches is truly impressive: expensive wrestlers introductions, special effects, beautiful announcers – all of these contribute to the whole amusement. Moreover, there are plots, which revolve around wrestlers’ relations, their wins, losses, and rematches. Dramatic comebacks and triumphal victories included. And, the most exciting, the wrestling itself. It combines different acrobatic and athletic performances, a combination of various martial arts, and obvious scuffle. Wrestling is a show like no other, and video games could not skip this type of sports.

Viewers know that wrestling matches are staged, and each surprise on the ring is a carefully planned move. Video games, on the contrary, give an element of surprise and unpredictability in wrestling, making it as rough and real as you want it. Here we present the best wrestling video games. 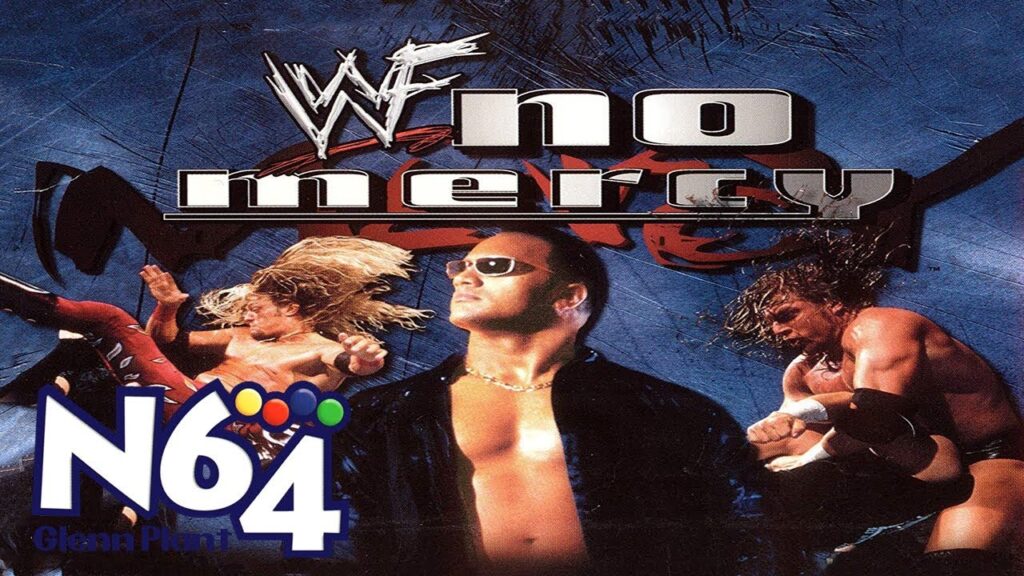 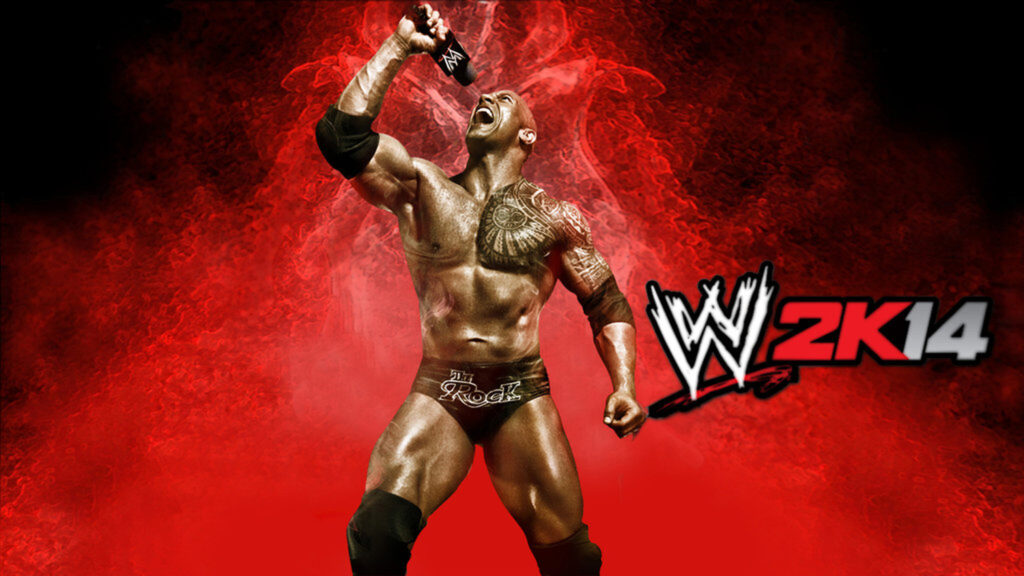 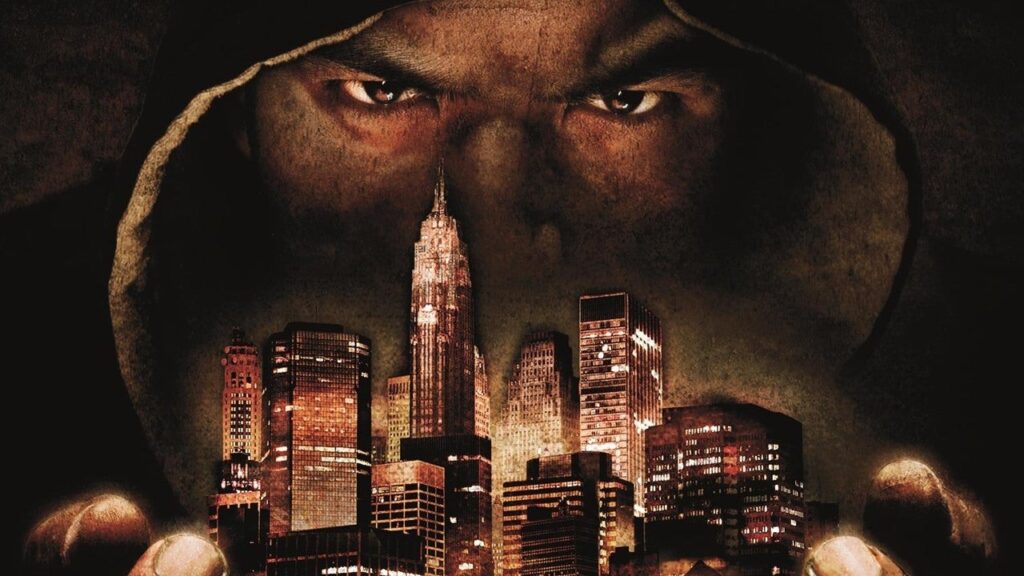 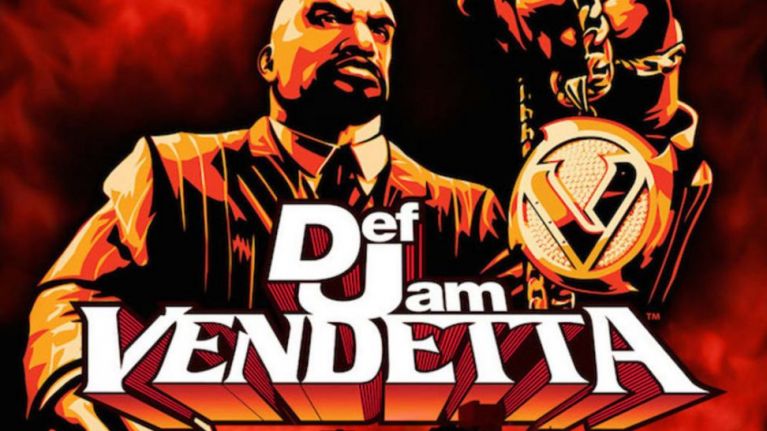 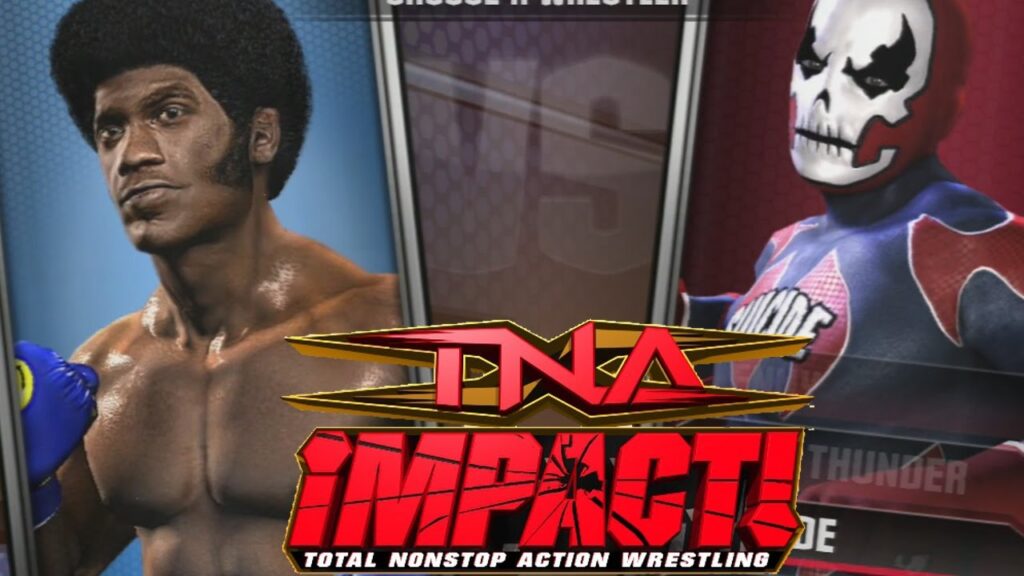 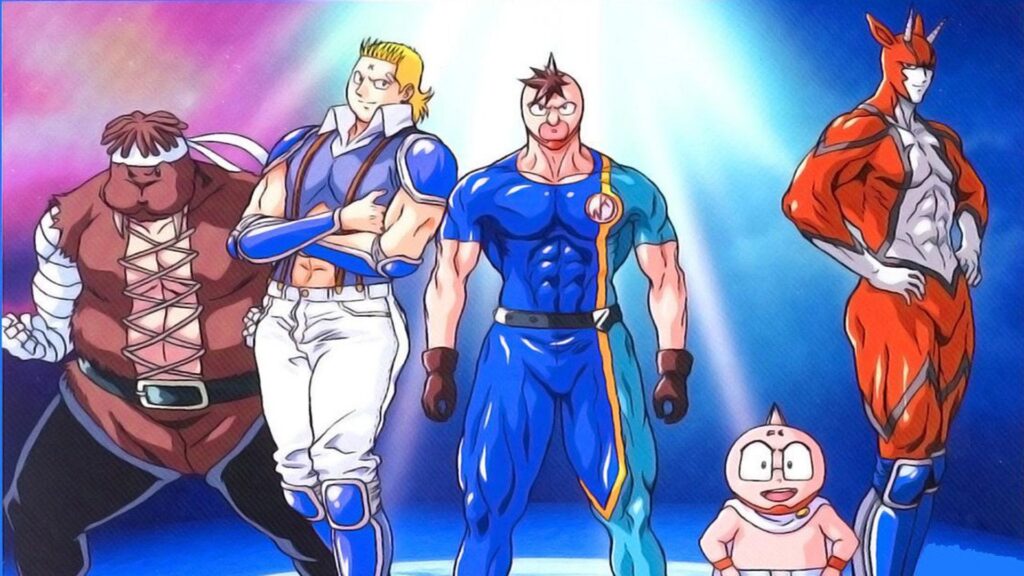 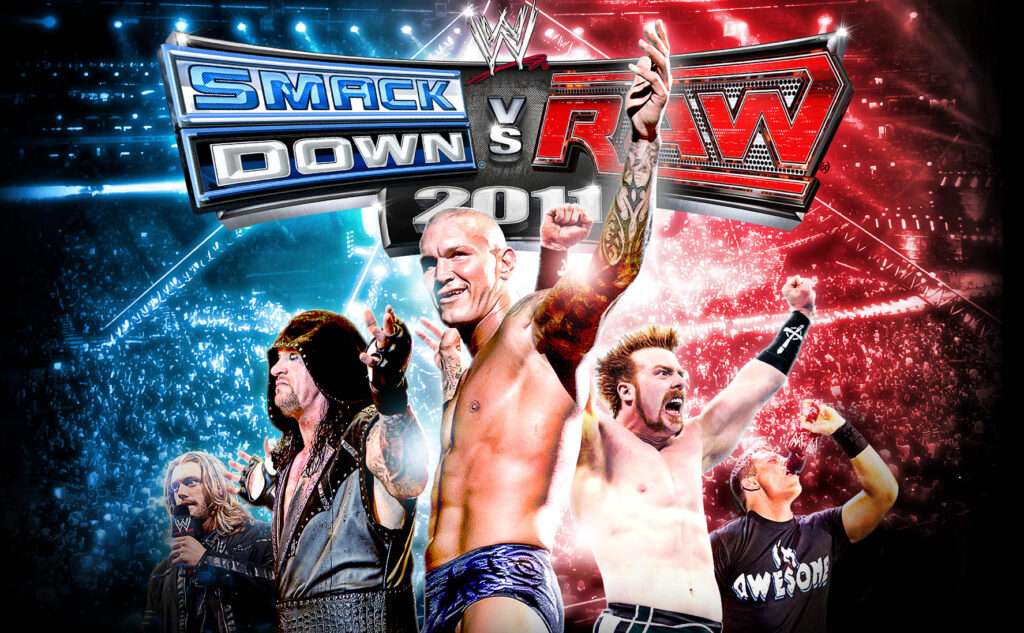 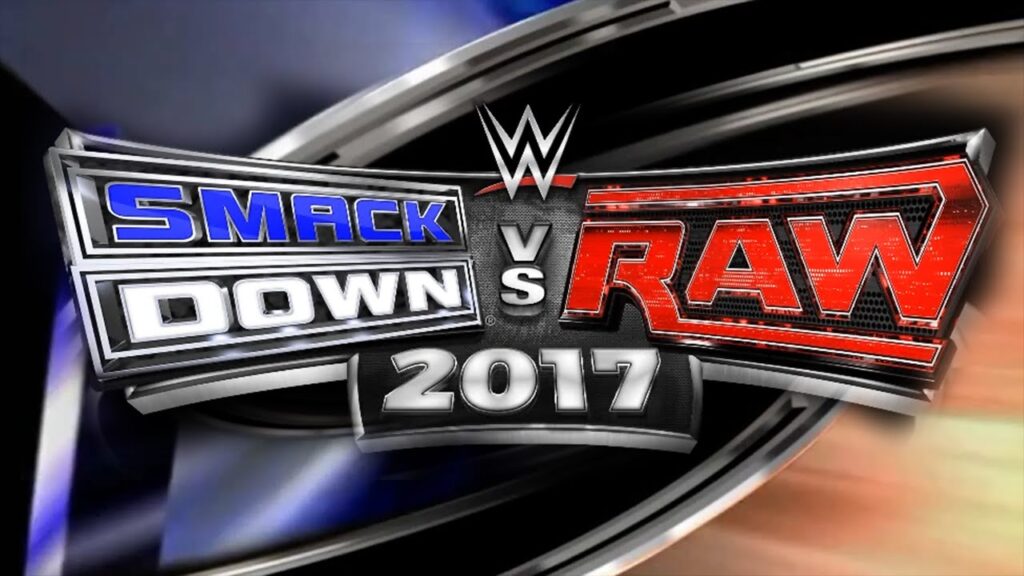 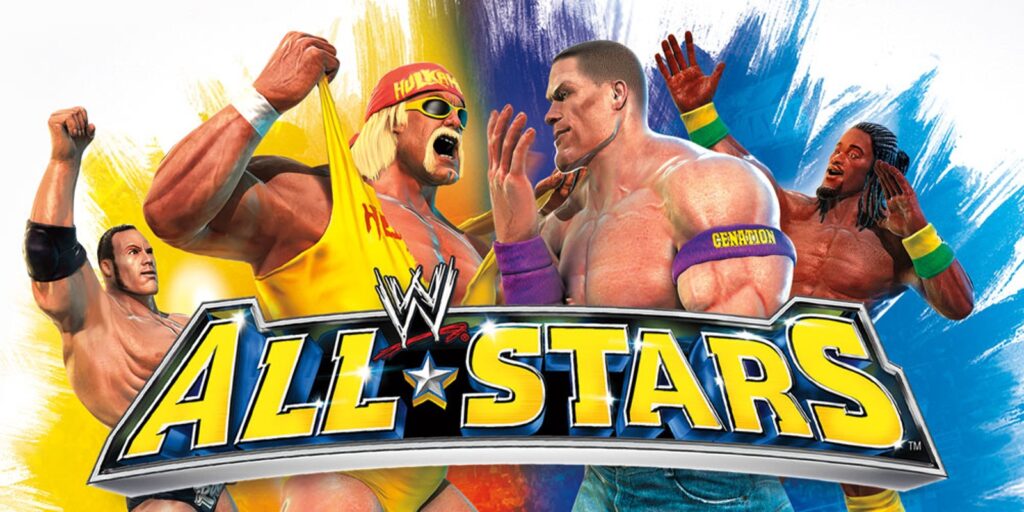 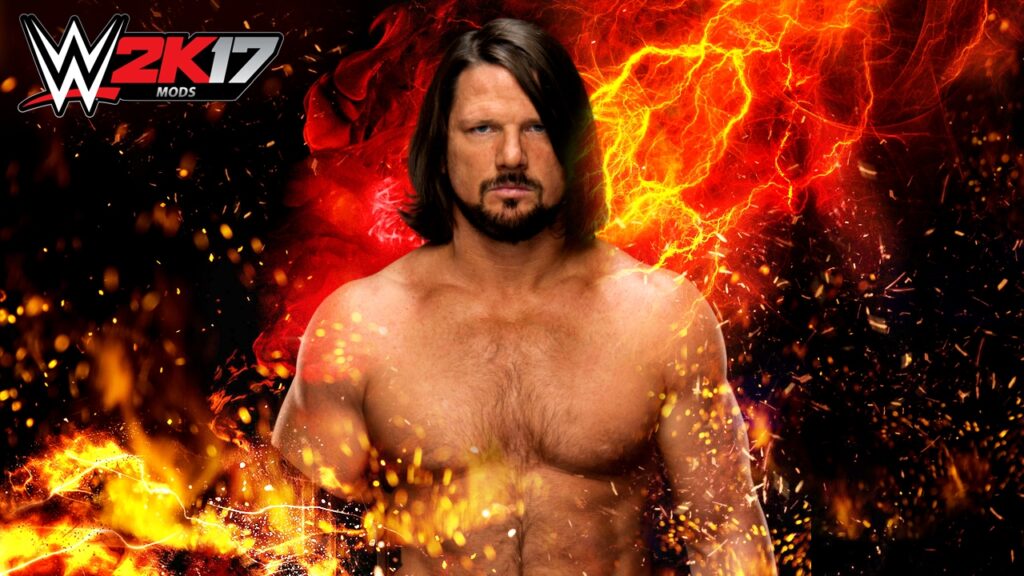 WWE All-stars is a more arcade and casual look on wrestling games. Developed by THQ San Diego and released back in 2011, the game features simple but showy gameplay with a nice roster of wrestlers. The player is presented with several brawling mods such as career path, to recreate the most famous battles of wrestling stars, fantasy showdown, or regular matches. The “WWE All-stars” main feature is the possibility to play for wrestlers from different periods and different weights. The “WWE All-Stars” was created to answer the question of who is cooler: Undertaker or The Rock? The gameplay features several types of wrestlers, such as brawlers, acrobats, and big men. There are two types of strikes and two types of grabs. In the end, both button mashing and coherent links of combat maneuvers are satisfying and fun. The best wrestling game featuring all-stars and a true diamond among wrestling Xbox games. The game won the VGX prise as “The best fighting.”

A more grounded and realistic than “WWE All-stars,” WWE SmackDown v.s Raw, developed by Yuke and released in 2006, presents a fair challenge with fun gameplay. The core feature of the game is the possibility to control your fighting techniques with the right stick of a gamepad. It opens the possibilities for preciser execution of combos and regulation of their frequency and strength. Another peculiar feature is environmental damage, which allows you to smack the opponent’s face into different objects besides the ring itself. The story mode and the locker room editor contribute to the authenticity of the wrestling experience. In the end, WWE SmackDown v.s Raw 2007 is one of the best wrestling games. The game received the “Platinum Sales” award by ELSPA.

The 2011 version continues the development of successful features of SmackDown v.s Raw 2007 and brings some new tweaks to the usual formula. The developer is the same, the “Yuke” company, the game was released in 2010. The first and most obvious improvement is graphics and visuals in general. The models of wrestlers are more detailed. The effects are flashy but not irritating – everything is in its place. In addition to graphical improvements, the game may boast of its correct physical model and possibility to mess around with numerous objects on the ring. The gameplay formula, in general, remained the same, but the grapple system was redesigned. In this game, you may counter-grapple your opponent, which makes fights more intense in one way but makes it more difficult to perform a grab-related technique in general. Still, the story modes are interesting to explore, and the gameplay is solid.

A blast from the past, “Ultimate Muscle: Legend vs New Generation,” may be a bit old school but still brings interesting experience in the wrestling genre. The game was developed by the “syn Sophia” studio and published by Bandai in 2002. The game is an adaptation of self-titled TV-series “Ultimate Muscle,” which revolves around the story of an inter-galaxy wrestling league and all kinds of odd characters who struggle for glory within it. The gameplay is more arcade than regular wrestling games, but still challenging and sensitive to timings. The visual style is a visit card of the game: cell-shading technology, mixed with anime-like cartoonish look, make “Ultimate Muscle” a truly standing out game. One of the most unique wrestling games at the moment.

TNA Impact was developed by Midway and released in 2008. The game is an interactive adaptation of the same-name show, which features similar brawlers and types of matches. “TNA Impact” has 25 wrestlers, 9 types of matches, and several game modes, including story mode. The main feature of the game is the smooth animation system. Punches flow into grabs, which transit into throws, and so on. Battles look smooth and seamless, which brings the game resemblance to the show even closer. The game would look great among wrestling video games Xbox one if it had a chance to be ported. As usual, the game allows you to create your own wrestler, but it takes time to unlock all cosmetics and moves in various game’s regimes. The game was sold in 1.5 million copies

“Def Jam: Vendetta” is another wrestling game that places familiar fights into a new environment. The game was developed by syn Sophia and released in 2003. “Def Jam: Vendetta” mixes hip-hop, New-York, and brutal wrestling battles. The story revolves around underground wrestling battles, where stars of the “Def Jam” label fight each other. The roster features real artists and fictional characters. The gameplay tends to be more realistic and grounded; at the same time, finishing moves may be a bit over the top and cartoonish. The story mode once again covers the path of an underdog from bottom to the top of the ladder, but the setting gives it gangster romance and a new fleur to usual tropes. The game was awarded by VGX for the best music and nominated as the best fighting.

“Def Jam: Fight for New York” takes what was good in the previous game and makes it even better, adding something new to the mix. The developer is the same, syn Sophia, and the release year is 2004. However, in a comparatively short time, the developers achieved great results. The first and the most distinctive improvement is graphics: arenas and fighters became more detailed, the lighting and shadows have major improvements too. The gameplay finally received the character creation mode, which features not only visual customization but the gameplay one as well. “Def Jam: Fight for New York” numbers five combat styles, which form the moveset of a fighter, making each character combat style unique. Unorthodox, and one of the best wrestling games. The game collected the whole bunch of awards such as “Best fighting,” “Best soundtrack,” and “Best cyber diva.”

WWE series game is on the list once again. The game developer for the series is, unaltered, Yuke game studios. The release was in 2013. The game mechanics are regular for the series: punches, grabs, throws, finishing moves. The controls are easy and smooth, and it won’t take much time for you to adapt to the local brawls. However, the main features of the game lie in customization. First, in WWE 2k14 you may replay the most famous WWE matches of history, playing along with the historical results or shaping the outcome you prefer. The mode features footages and actual shows’ pieces, which contributes to nostalgia. However, the most impressive customization tool is shaping the WWE universe. It is not only your wrestler to customize, but arenas, look of the stages, introductions of fighters – each element has a lot of tweaks and parameters. Easily, one of the best wrestling games.

“WWF No Mercy” is considered the most renowned wrestling game, if not the best one. The developer is Syn Sophia, released in 2000. At first glance, there is nothing special about this game: the same grapples, punches, throws, and finishers. Combo moves, career mode, a wide roster of wrestlers, catchy music, and decent graphics are present as well. So, the points of these features were enlisted here numerous times, and some games may be even more unique or extravagant in comparison with “No Mercy,” so why does it take the first place in the list? The answer is – it set the standard. There were good and bad games in the wrestling genre before “No Mercy,” but this game showed what wrestling should look like and how it should be played. Each next game copied the formula created by “No Mercy” and tried to improve it, but it is hard to improve the perfect.

The world of wrestling video games is bigger than this top ten, and there are far more great games in general. To navigate this landscape, full of exciting and fun projects, you should visit our channel – “What’s Happening?!” Here we create entertaining and informative content about video games. Reviews, analytics and critics, interesting facts and stories – we try to cover everything worthy of attention.

Regular sport and cyber-sport are closely related in many aspects, so we cover this part of the industry too. Did you want to learn more about your favorite sports team digital representation or track your cyber-sport idols progress – our channel will help to do so briefly and easily.

The best video games are not only good visuals and engaging gameplay but people behind these games. Talents, who created unique gameplay features, visions, which overtake their times. We want to tell you these stories, so you will know what’s happening.