Space is enchanting and marvelous. Humanity has been exploring it for decades, and the amount of space’s mysteries is still uncountable. The infinity of the distant stars inspires thousands of creative minds, including game developers. Space games are vast to explore. They may show how small a man can be at the background of the universe and how the whole universe may be bent under a single will. Strategies, survivals, actions, and even art-installations – they can be all of that. In our top, we present you video games about distant galaxies and space exploration of different genres, moods, and intensity. The list is not complete, and there are far more great titles about space exploration and conquerings. Treat this top as a recommendation to play each of the provided items of the list. 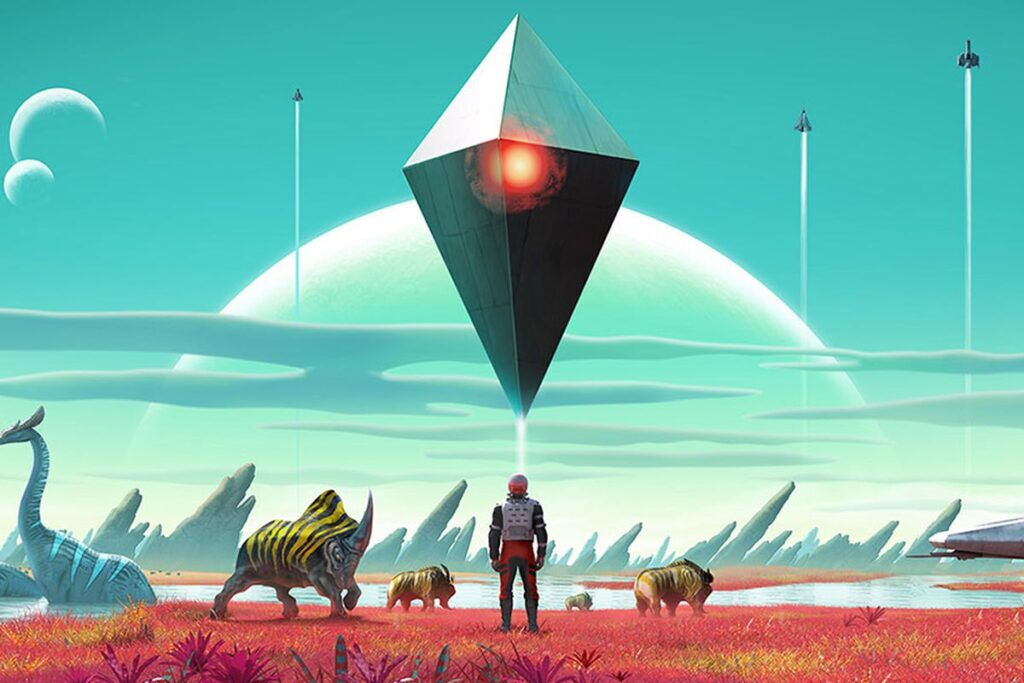 The game was developed by Hello Games and released in 2013. The initial release was controversial, and the game received a lot of criticism. However, with each update, No Man’s Sky received more content, fixed issues, and overall quality improvement. We play as an astronaut who has to reach the center of the galaxy. The galaxy consists of thousands of generated planets, filled with different flora, fauna, and remnants of lost civilizations. On the quest of reaching the center of the galaxy, the player is free to explore different planets, build outposts, upgrade and develop their space shuttle, trade with NPCs, and search for secrets of aliens long gone. Besides, the player shall monitor the astronaut’s condition and take care of the spacesuit and the status of the ship to continue the exploration. The game gives the chill of deep space exploration, discovering the unknown worlds and naming them after yourself. 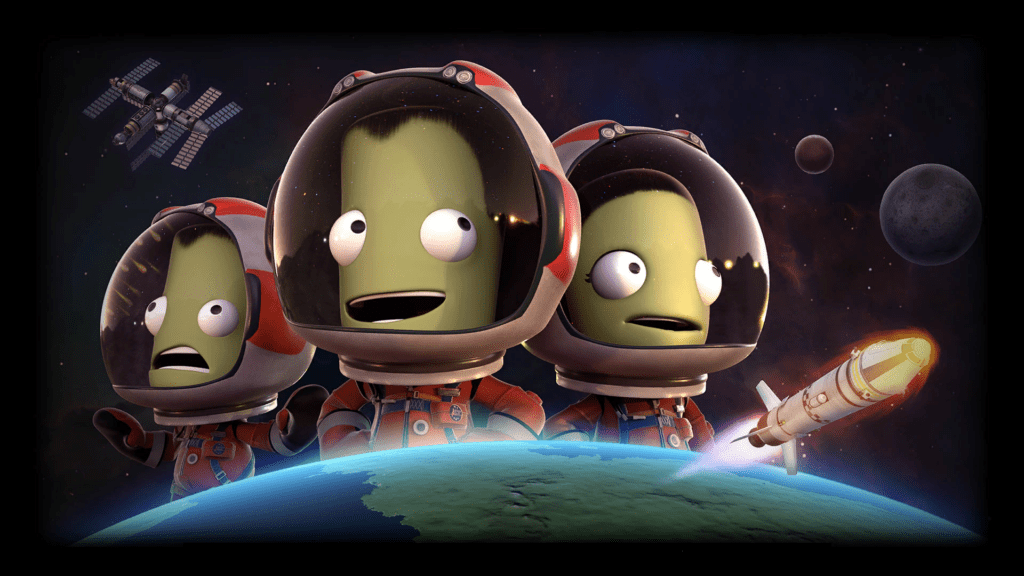 Kerbal Space Program was developed by the Squad team and released in 2015. The player needs to realize the space program via constructing and launching spacecraft and aircraft. Completion of the program aims is the primary goal of the game. The game utilizes correct rules of physics and aerodynamics, which requires precise space modules construction and piloting. The game uses a detailed customization tool for creating all kinds of spacecraft from simplest to most sophisticated. There are different tasks that a player should solve to complete the space program, such as: bringing a ship to the orbit, soft landing, building an orbital station, bringing an asteroid to the homeworld, and so on. The game has several modes. The first one allows exploring space in the sandbox mode. Another implies following the strict rules of the program, implementing resources restrictions. In the end, Kerbal Space Program is one of the most authentic space games available. Kerbal Space Program was warmly met by game journalists and received several awards, such as Audience Awards Winner and Vision of the Future. 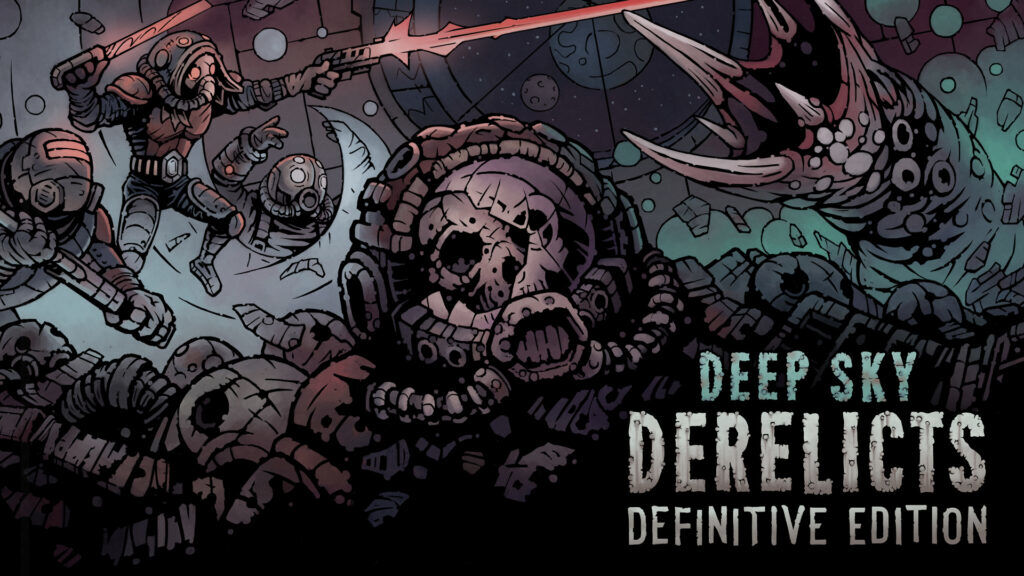 The game was developed by SnowHound and released in 2017. Deep Skies Derelicts combines several genres and themes, giving the space exploration a new flair. The game suggests the player search for the Mothership, a mysterious ark full of lost, advanced technologies and miracles, which can make one, who possesses them, eternally rich. The player and their band of mercenaries start looking for the bounty of their lives. However, they are not the only ones who are after this prize. The gameplay mixes rogue-like dungeon exploration with colleсtilble card games, making each of new runs and each of new derelicts a fresh experience. The combat mixes available play cards, and the dungeon system creates dangerous labyrinths of the derelicts. The stylish comic visuals refer to “Darkest Dungeons” but still look unique and distinctive. Deep Sky Derelicts is a challenging and unforgiving game, where each step may be fatal for the whole crew, but the rewards are respective.

7. Sins of a Solar Empire 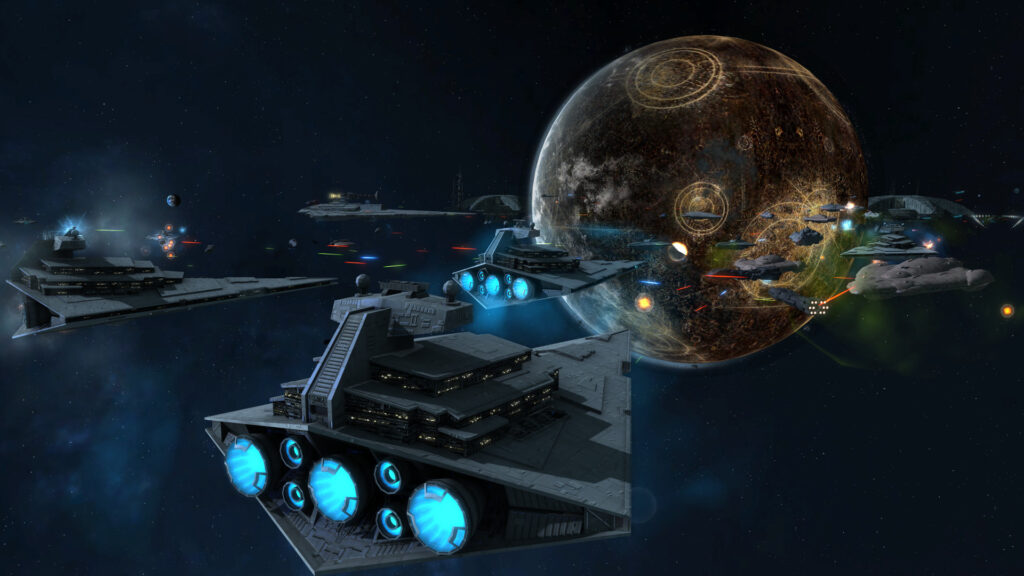 The game was developed by Ironclad Games and released in 2008. Sins of a Solar Empire combines global and real-time strategy, mixing micromanagement of armies and control of mass economic chains, which distinguishes it from other space games. The game suggests playing matches in solar systems of different scales between three factions: TEC, Advent, and Vasari. TEC and heavy industrialized people, who rely on mass production of their units; Advent utilizes psychic powers to defeat its enemies, and Vasari possesses the most dangerous ships among the factions. Diplomacy, trading, scientific development, and war are unraveled in detailed maps, which contributes to the atmosphere of the game. Sins of a Solar Empire throws a player right into the action, creating the tense feeling of supreme commander at the frontline, where each decision should be fast and precise. Game Trailers rewarded Sins of a Solar Empire the best strategy game of the year. 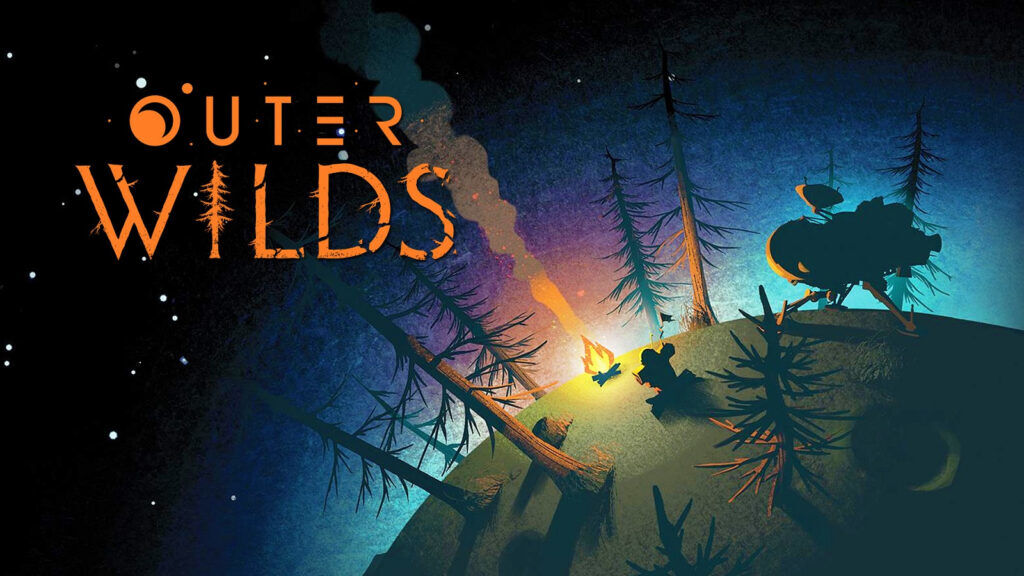 The game was developed by Mobius Digital and released in 2019. Outer Wilds is a melancholic fairy tale about space exploration of a tiny solar system, which will inevitably be destroyed in 21 minutes. We wake up on a small planet, seeing that the star of the solar system will become supernova soon. No matter what the player does, the star will destroy the system, and everything will begin anew. The player has to solve the puzzle of this time loop and find the way out. Outer Wilds offers more than a dozen of planets to explore, filled with сonundrums and unusual landscapes. Another distinctive feature is the game’s music, which creates an atmosphere of loneliness in the vast space and helps to appreciate key moments of the game. Outer Wilds won the best indie game prize at the Golden Joystick awards in 2019. 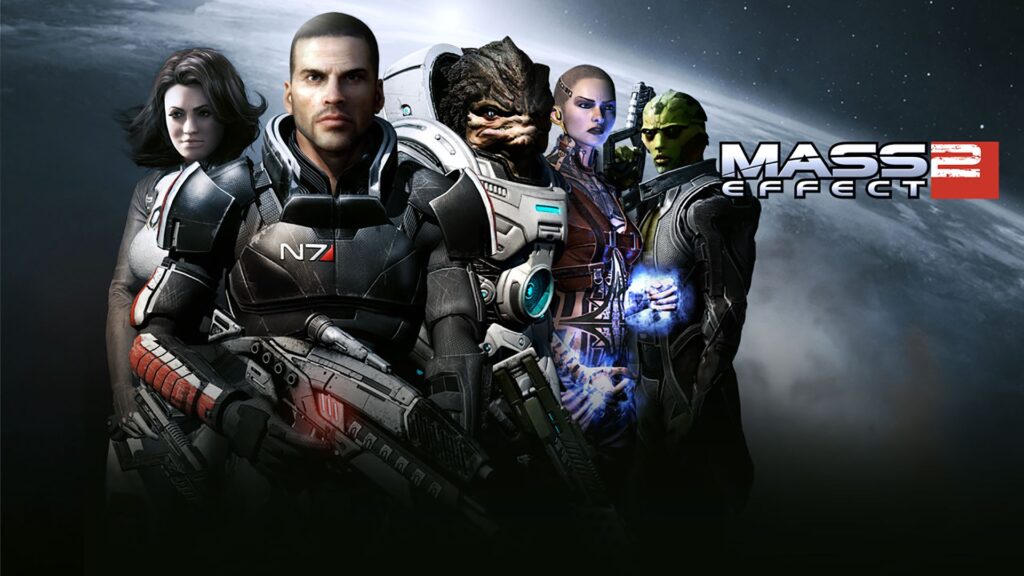 The game was developed by Bioware and released in 2010. Mass Effect 2 hardly requires presentation. One of the best action-RPG games and the best part of the Mass Effect series, Mass Effect 2, easily takes place among the best space games also. This time commander Shepard has to save the universe from the Collectors – aliens, which terrorize human colonies and kidnap their inhabitants. To defeat the Collectors, Shepard needs to assemble a team of the best and walk right into the lion’s den. The game mixes space exploration, deeply personal stories, and well-balanced action gameplay. Shepard has access to different abilities, gun modifications, and their combinations. Besides, companions of Shepard are not only interesting personalities but valuable allies on the battlefield. The ending of the game depends on the decisions made through the walkthrough heavily, which makes you weigh each of your choices. Mass Effect received recognition as the best game of the year and the best RPG of the year. 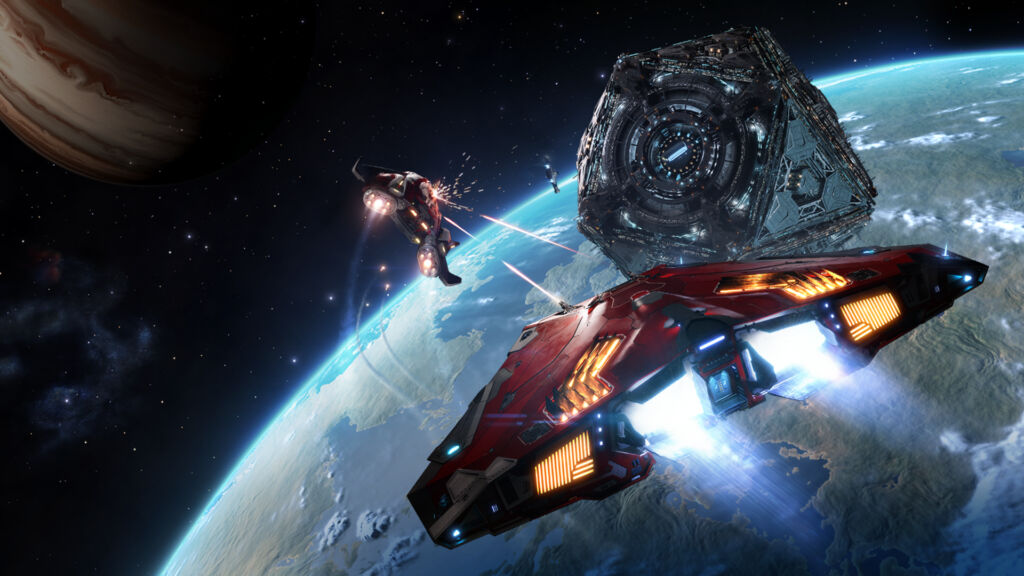 The game was developed by Frontier Developments and released in 2014. Elite: Dangerous continues the story of the “Elite” series and brings the process on the massive multiplayer rails. The premise of the game is similar to previous chapters of Elite: the player starts with a ship and a small amount of money in the 1:1 scale Milky Way and is free to do anything. The player may explore space and try to expand “the bubble” –inhabited part of the galaxy, trade, be a pirate, a miner, an assassin. For the in-game currency, the player may upgrade their ships and buy new ones. The key idea of Elite: Dangerous is to simulate the influence of players on the persistent galaxy; the story writes itself with the actions of the players. Besides, there are factions in the game; the Empire of Achenar, the Galactic Federation, and the Alliance of Independent Systems, which add a competitive aspect to the game. 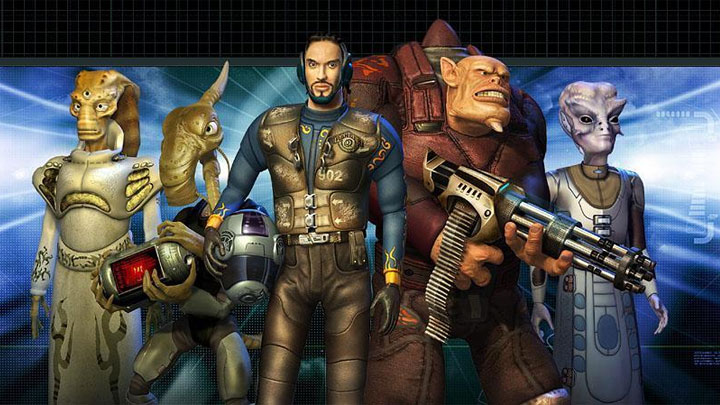 Space Rangers 2 was developed by Elemental Games and released in 2006 in North America. Space Rangers is a classic among games about space due to the realistic galaxy life simulation, open gameplay, and vast yet balanced freedom. We play as a space-ranger, a one-man army in the dangerous and hostile galaxy. Dominators, sentient machines, are an inevitable threat to the organic life of the galaxy; space rangers have to settle down their inner quarrels, or the galaxy will face its demise. The key feature of Space Rangers 2 is that there is no set scenario. Each new start may have different variants; rangers may not save the galaxy from dominators, a player may not even take part in this war and just gain profit, hoping that the war will end itself. The unprecedented level of freedom makes Space Rangers 2 one of the best space games. 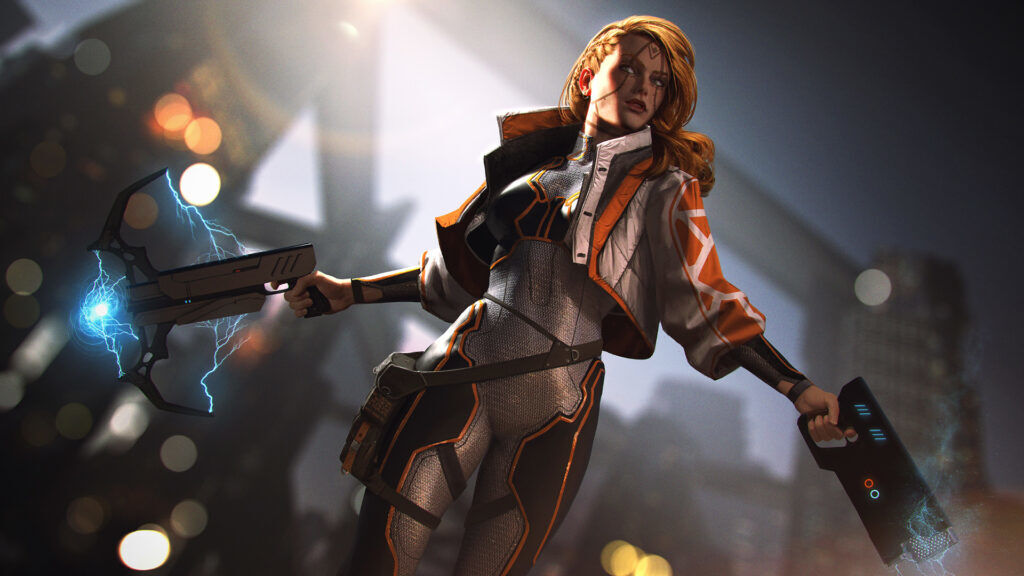 Endless Space 2 was developed by Amplitude Studios and released in 2017. Endless Space 2 is a neat example of a 4X strategy (eXpand, eXploit, eXterminate, eXplore). You take the role of a leader of one of the space civilizations and make a bold step into the open space. Starting with a single planet, the player expands their empire with science, diplomacy, and warfare. In addition to classic turn-based gameplay, the game provides various scenarios for each of the civilizations and ambitions, which a player shall accomplish. Deep management and research systems provide numerous strategic routes of winning the game, and galaxy generation tools allow creating unique playgrounds for each new start. Besides, the game takes into account such modifiers as the empire’s overall happiness and origins of its people, which contributes to the gameplay depth. Endless Space 2 was nominated as the best PC game and the best strategy game of the year. A rightful place among the best space games. 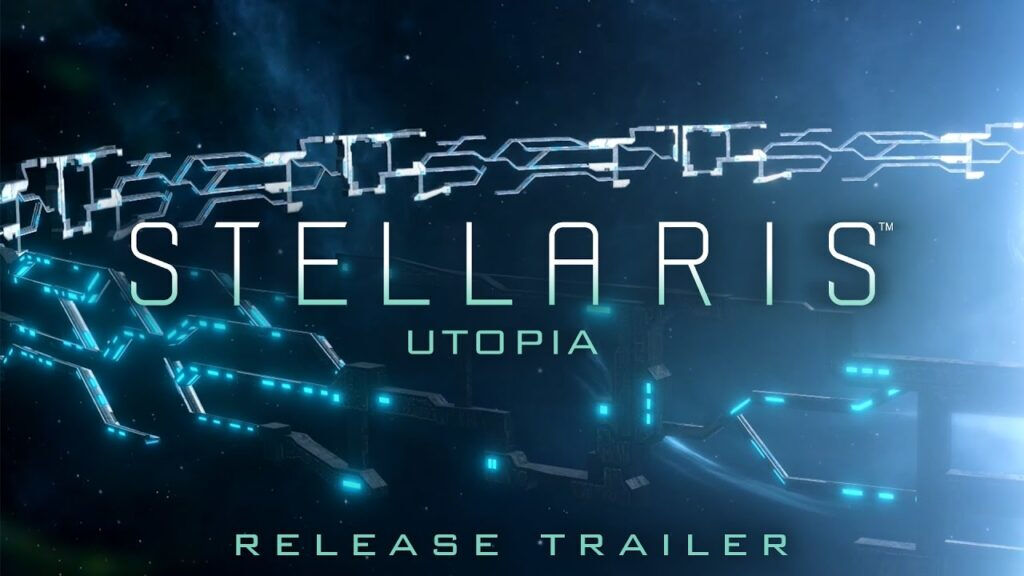 The game developed by Paradox Interactive and released in 2015 keeps receiving regular updates. Paradox Interactive is famous for the diverse and well-detailed strategic games; Stellaris keeps and multiplies the good traditions of the studio. The player takes the role of a galactic nation leader and needs to lead their people to glory and recognition. The main feature of the game is the vast customization of each element of your nation: their physiology, ideology, space-ships, colonies, doctrines of space conquering, and finally, the banner colors. Stellaris makes it possible to simulate various political and strategic scenarios of galactic dominance, making them as cruel or ridiculous as you want it. The game keeps receiving new mechanics, options for the nations’ customization, and possible ways of the win, which makes Stellaris a space game of infinite possibilities.

A small step for humanity, a huge step for gamers

Space games may fascinate with creativity and surprises of various kinds. However, sometimes you need to return to Earth just to remind yourself that there are a lot of wonderful things on the solid ground too. To do so, you may check out our youtube channel “What’s Happening?!” Here we create video games overviews, share interesting facts, and do not limit our tops with titles about space. For example, you may check our sci-fi top list to complete the experience of discovering unknown worlds. We create not only entertaining but informative content also. There is always something to your liking on our channel. Modern video games may be challenging and obscure in tough moments, especially. On our channel, you will find useful tips and tricks on how to proceed in a game efficiently. Besides, the complex and dramatic video game stories are worth discussing and analyzing. We will have such videos on our channel as well. Finally, video games are not only engaging gameplay and interesting plots but creative people and their stories too. We want to share these stories with you and show what vision stood behind concrete art decisions. If you want to know what’s happening – visit our channel.