Why do we like simulator games so much? They have to follow the real world’s physical laws, properties of real objects, processes, and events. They allow us to dive into a pocket reality and become someone else. Simulators allow us to decide the fate of other people (remember the good old Sims franchise?), try ourselves in new professions, build cities, or go on dates. These games are good for spending free time, but they also can be very frustrating if they have good wrapper but bad filling. We are here to save you from frustration. Hours of gameplay, comparison of reviews, and study of Metacritic scores have created the list of the best simulation games. 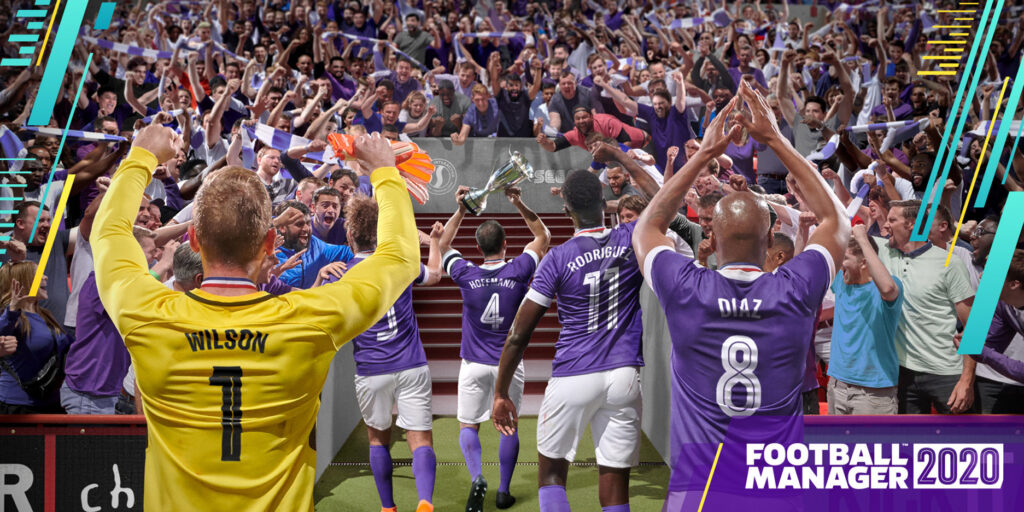 In November 2019, Sega published a new episode of the Football Manager series from Sports Interactive. If you are a longtime fan of this game and have Football Manager 2019, you will hardly find something new here (but we recommend you to stay with us). If you are just starting to get acquainted with a sports game, Football Manager 2020 is an excellent place to start. Here you have 2500 football clubs. You need to choose the one you will lead to victory by hiring new players and coaches, developing your strategies, and revisiting your strategy. Improved graphics, model design, lighting, and visual effects add realism, and you forget it’s just a video game. An 84 score from Metacritic confirms that Football Manager 2020 is worthy of your attention. 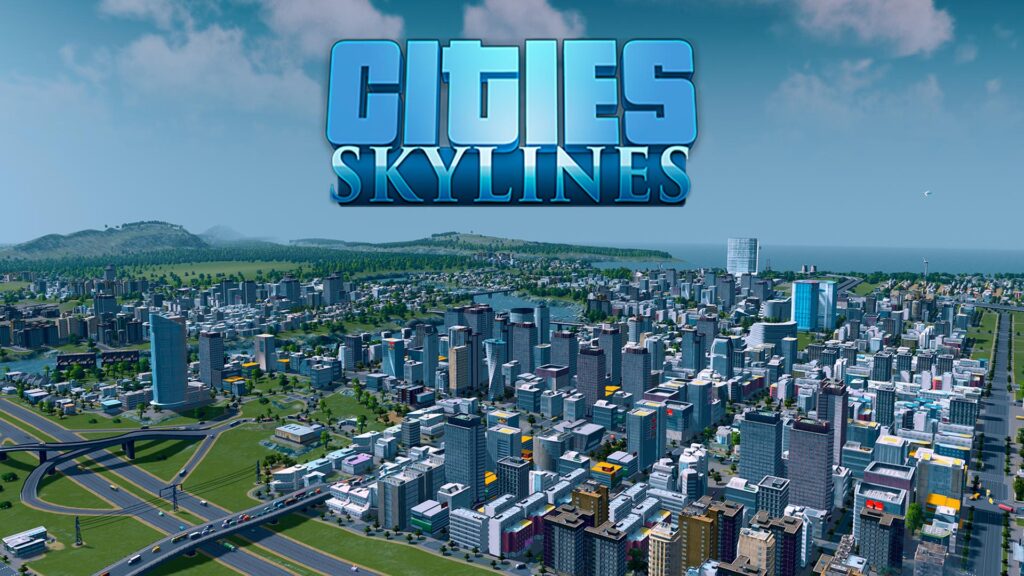 One of the best simulation games genres is construction and management simulation. Do you remember or know the first successful one named SimCity? Then, you definitely need to try Cities: Skylines, released in March 2015 by Paradox Interactive. These games have much in common, but Cities: Skylines pays more attention to details and mods support. The latter characteristic allows you to modify the gameplay and graphics according to your preferences. The former one brings the variety to your walkthrough: e.g., you have built your city, and you care about its prosperity, but one day the flood is destroying the city because you removed the dam. The disadvantage: eventually, you will try everything in Cities: Skylines. The advantage: the community is alive and creates new modes always. This is why the game enjoys six million copies sold (as of 2019), an 85 score on Metacritic, and the place in our list. 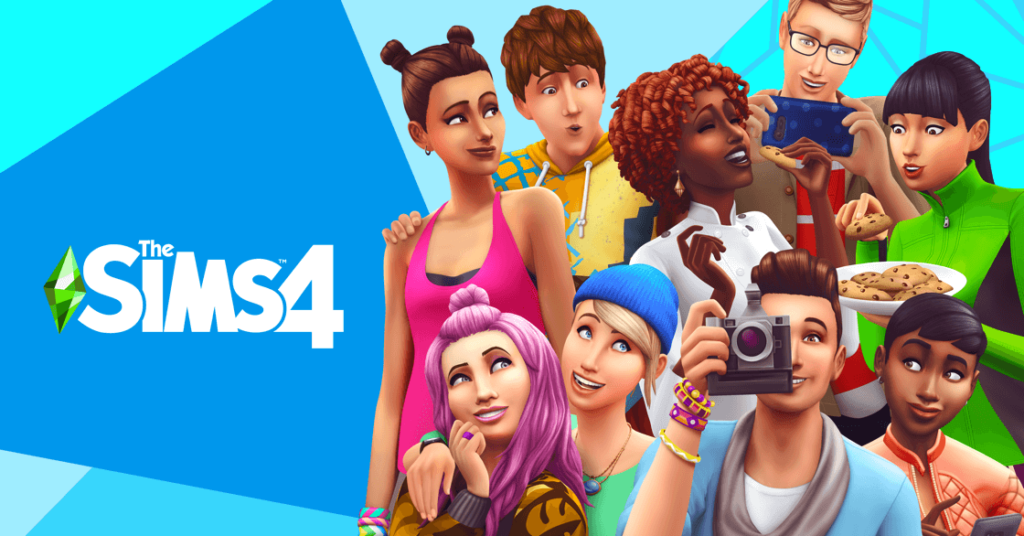 From the game reminding about The Sims series to the actual The Sims 4 released in 2014 by Electronic Arts. Like in the first parts, you need to create your Sim or a family and manage them at all stages of their lives. You need to feed them, heal, teach, send them to work, and listen to their desires on time; otherwise, your Sim will soon die. Unlike the previous parts, The Sims 4 has a simulated open world, the opportunity to travel to other worlds, and even more various add-ons (from Cats & Dogs to Star Wars). The Sims series is nothing but the first introduction to the world of simulator games. The Sims 4 is a worthy successor of this kind.

As of January 2020, the game has over 20 million unique players and a 70 score on Metacritic.

In 2018, Kalypso Media tried to revive the Railroad Tycoon’s spirit in their Railway Empire game. You are invited to dive into a 100-year period of time in which you have to build a railroad throughout five chapters under the campaign. These chapters are not connected, but they are historically close to reality by their content. AI is your opponent, and don’t expect that it will be soft to you: it’s a true competitive spirit. Railway Empire has DLCs to diversify your gameplay. You can also try a free game mode, where you can decide which map you want to play and how you can achieve the desired goal.

Although it has only a 74 score on Metacritic, we see a worthy attempt to remember the Railroad Tycoon and give a new breath to the subgenre itself. 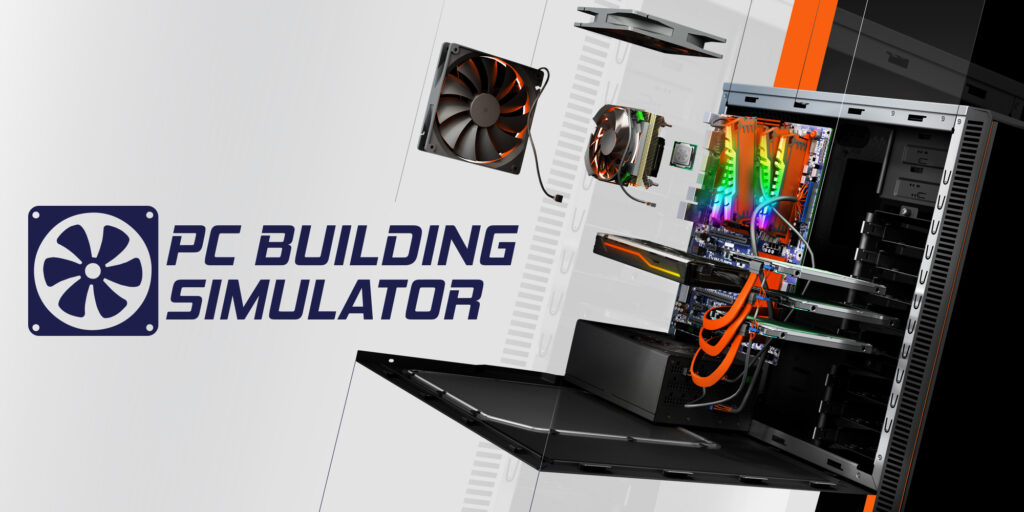 Have you ever wanted to build your PC? Perhaps you have an unrealized desire to try yourself as a computer expert? Ever wondered how your computer works? You should then pay attention to the next game in our best simulation games list: PC Building Simulator, which was released in 2019 by The Irregular Corporation. Do not expect to see a coherent plot here: you need to complete orders, study repair methods, and save money for building your PC. It is a fairly calm and relaxing game, in which you can gain some useful IRL tips.

PC Building Simulator generally has favorable reviews on Metacritic (7.6 user score). The novelty in the genre caused the increased interest: 100,000 sold copies during the first month of early access and undying demand. 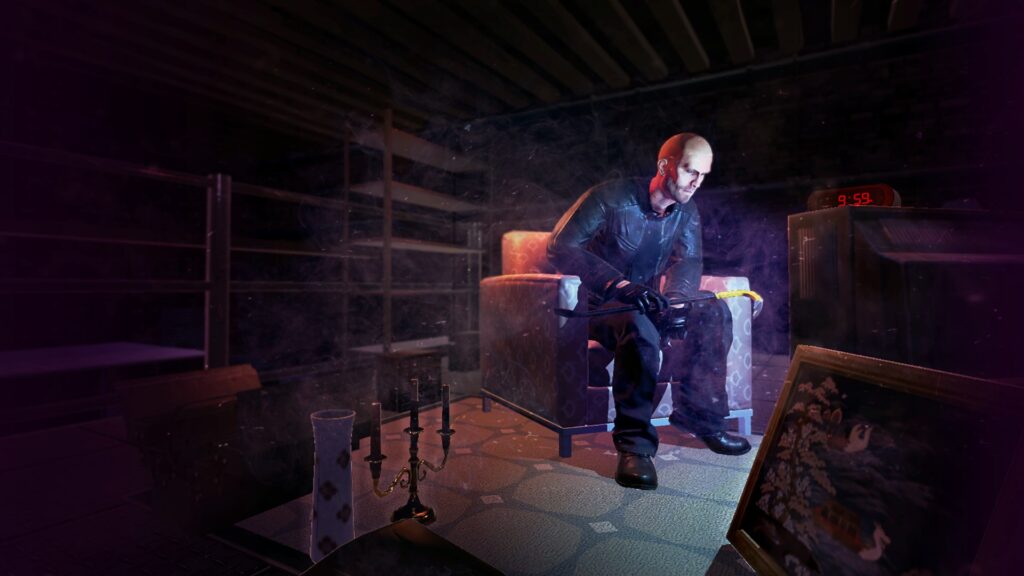 Before we introduce you to another game, we’d like to ask you not to try to repeat it in real life. It is now time for Thief Simulator (2018) from PlayWay S.A. and Console Labs S.A. Here, you are a thief, greetings to Captain Obvious. You have orders that you need to complete and a minimum set of tools. Over time, you improve your skills, sell stolen goods at a higher price, and have access to houses in which you will find more valuable things (but beware of the guards). Thief Simulator has a plot under which you obtain your skills, so do not rush into the houses from the beginning.

On Metacritic, the game received mixed reviews. However, during the first week, the game entered the list of top-selling games on Steam. The presence of a plot and an ending with a cliffhanger single Thief Simulator out among simulator games. 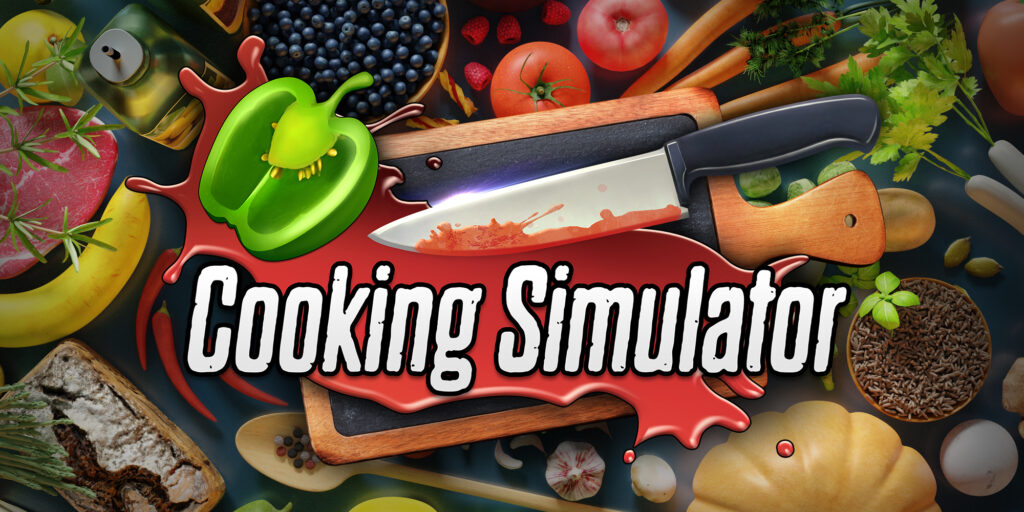 Simulator games offer you a real professional development, e.g., from a thief to a cook in Cooking Simulator released in 2019 by PlayWay S.A. Everything is simple here: you need to go from aspiring chef to cooking star. Everything is difficult here because of the laws of physics in the real world. Be careful in your movements, buy the necessary products, follow recipes, do not forget to clean the kitchen, and grow your business. If the story mode bores you at some point, you can try sandbox mode with unlimited possibilities from game physics. You can play darts with knives or try to set fire to the kitchen. Your imagination is the only limitation.

Cooking Simulator received mixed reviews and a 64 score from Metacritic. To be fair, it’s based on four reviews only. Once you adjust to mechanics, you are going to love this game. 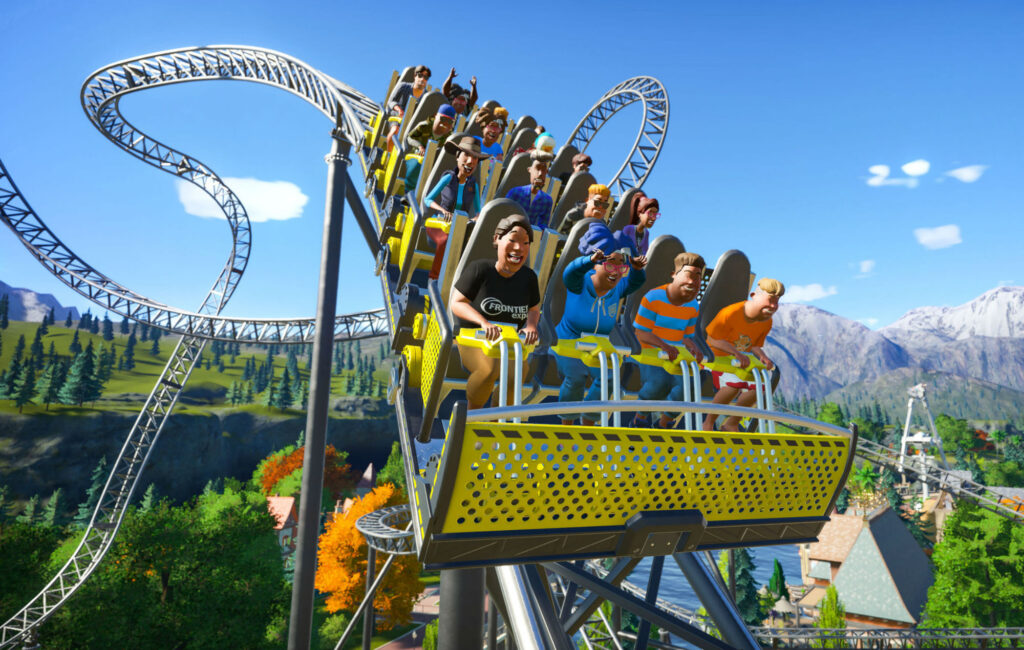 Management simulations occupy a special place in our hearts and list of best simulation games. Released in 2016 by Frontier Developments, Planet Coaster allows you to open your amusement park made in the best traditions. You can build multiple theme parks or connect everything in one place under three game modes. You have “career mode,” where you need to end building the place, “sandbox mode” where you have unlimited resources, and “challenge mode” where you have nothing at all. Do not forget that visitors will create constant challenges for you.

In 2015, Paradox Interactive released a game in which you can realize your desire to participate in the law system. Prison Architect reveals a lot of opportunities for you. You need to allocate resources you have to build and design a prison. You have to control prisoners because a lot of stuff can happen (from flood to riot). You need to focus on protecting human rights and define a unique rehabilitation program. If you are tired from your responsibilities someday, you can become a prisoner in another game mode and try to escape from various prisoners created by other players.

The game’s features lead to an 83 score on Metacritic, and over four million sold copies since the year of its release. 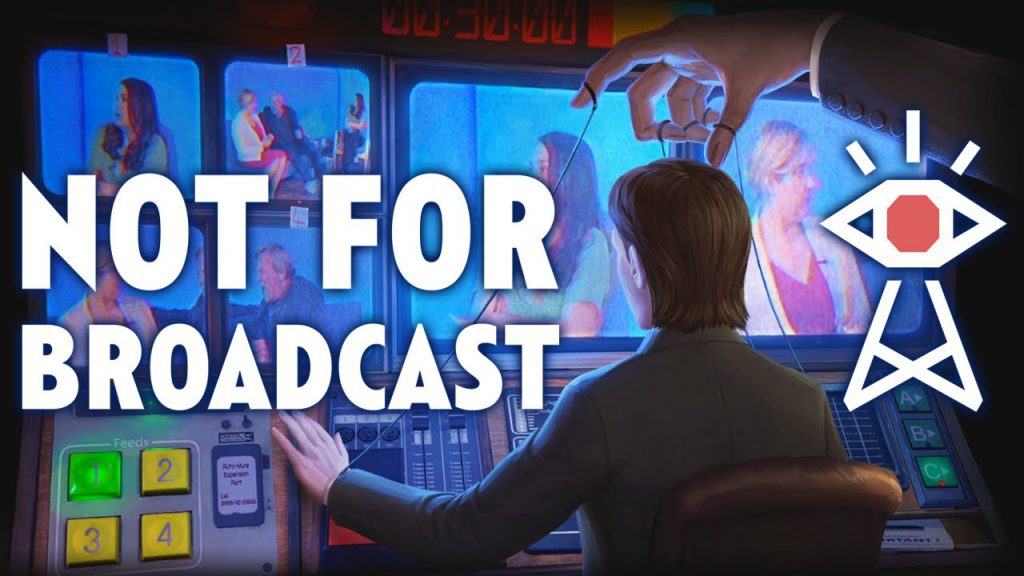 In January 2020, the gaming world received a simulator game created on a completely different level: NotGames and tinyBuild included real movie elements with great acting. Not For Broadcast lets you dive into a dystopia where you should decide what people should see on TV. You need to censor the moments not intended for the audience in time or show everything to increase the interest. Everything is in your hands, but do not forget that your decision will affect your family as well.

At the time of compiling the list, Not For Broadcast has only four episodes, but developers promise to create six more with sufficient support from their players. For now, we see that the game generally has favorable reviews, excitement among Steam users, and a firm first place among the best simulation games.

In the end, we all can agree on the one thing: simulators have grown a lot lately. They acquire coherent and interesting plots (e.g., Not For Broadcast), so you can enjoy your gameplay. They acquire high-quality visual effects, improved character models, and unlimited possibilities in various game modes. And all of these are for people to have a good free time. Hence, our list for you to save your time. In the end, however, only you decide which simulator game is the best for you. Have some thoughts and adjustments? We invite you to our WhatsHappening community channel on Youtube. We welcome any ideas and comments from you, and we’d like to reward you with quality content: music for your playlist, games for your game list, news for your general development. Just do not forget one thing: have fun!