Rogue like games are an all-time favorite of players who adore unexpected plot twists and tricks of boundless imagination. This type of entertainment resembles RPG in its mechanics and invites players to assume control over characters who need to complete missions. In the review below, you will find our hand-picked rating of the most impressive and captivating roguelike games released in different years by diverse developers. You can play them either alone or with friends, on your computer or mobile gadget.

When compiling this list of the best roguelike games, we equally relied on the opinions of general users and seasoned experts. We put considerable effort into creating an objective and exhaustive inventory that will help you make a reasonable choice. So read it till the end to know the winner! 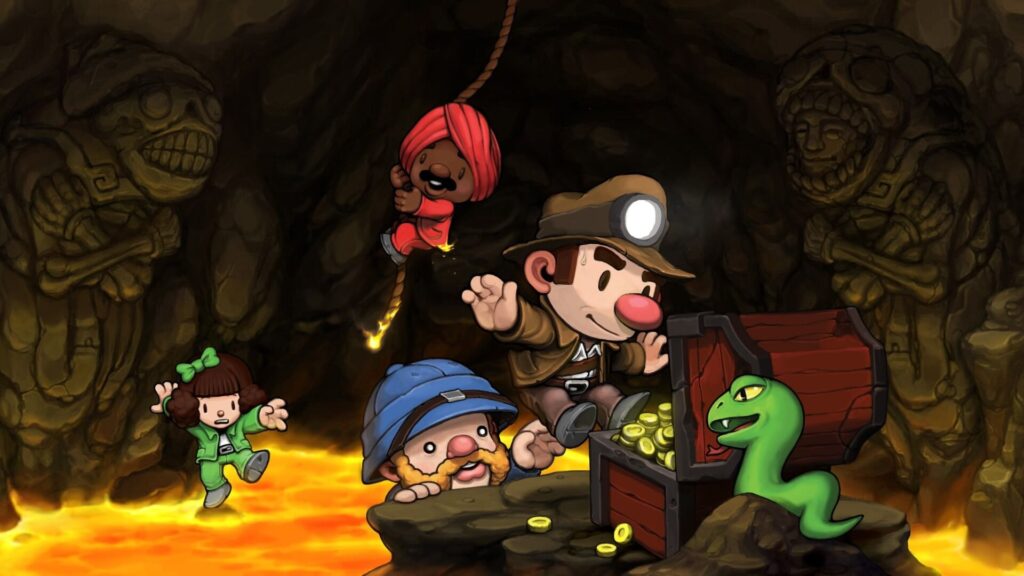 Released in 2008 by Derek Yu, this brilliant example of platform rogue like games remains relevant today due to its unusual plot. You are a spelunker, but your method of exploring caves has nothing in common with a conventional scientific expedition. You attempt at collecting treasures, but this affluence predictably attracts many other swindlers who want to get hold of them ahead of you. You need to constantly combat opponents — plus save adorable ladies who decided to risk their lives in the caves as well. On your way, you discover skills and artifacts, trying to avoid traps at the same time. In 2016, Rock, Paper, Shotgun ranked Spelunky as the number 1st best free game of all time for PC’s. In 2018, it was ranked as the 7th best cooperative game of all time. 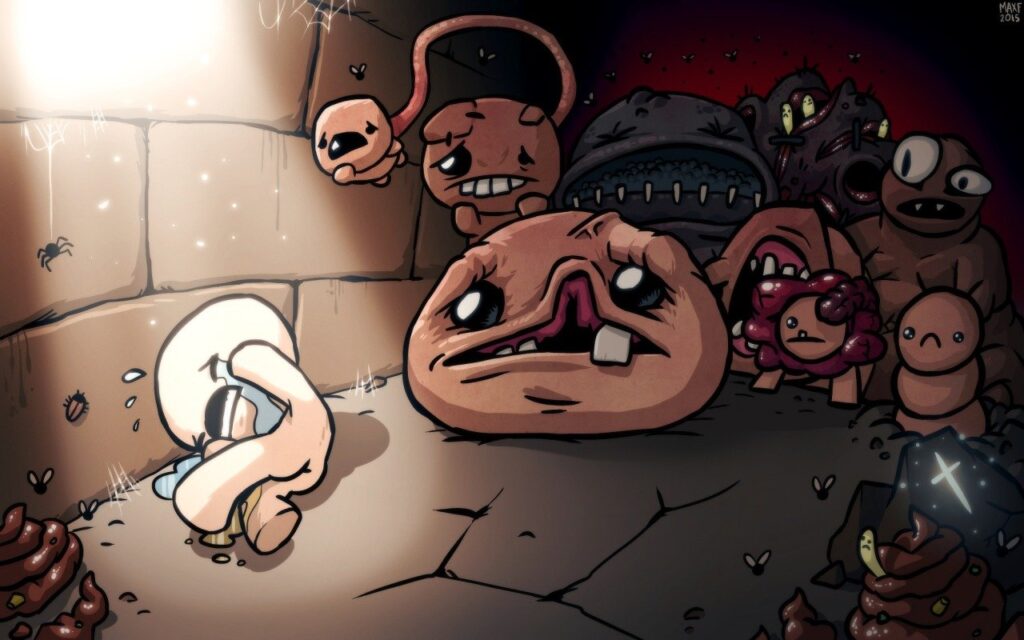 Quite a few of the best roguelike games draw inspiration in well-known mythological stories. This one, created by Edmund McMillen in 2011, exploits the archetypical Bible drama. Isaac’s mother receives morbid news from God, who is planning to take her son’s life. When Isaac gets to know about this forthcoming act of atrocity, he tries to find shelter in the basement of his own house just to find out that it is inhabited by murderous beasts that were not mentioned in the original version of the Scripture. You play for Isaac, and your mission is to stay alive. On GameRankings, the game received an overall rating of 84.23 %, based on 22 reviews. On Metacritic, based on 30 reviews, the game’s score is 84 out of 100. 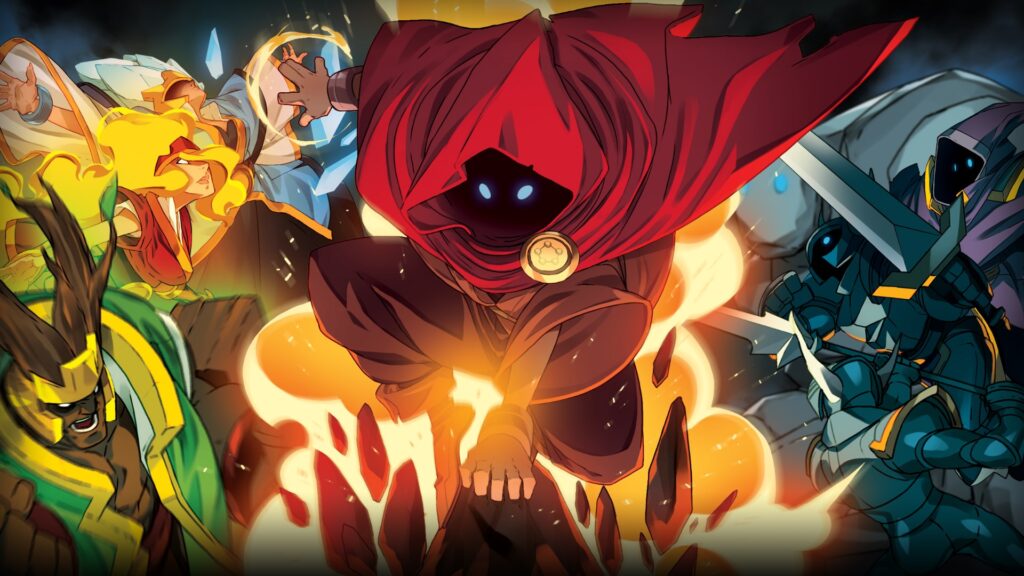 Do you like roguelike games that are based on learning and upgrading magic skills? ‘Contingent 99 developers’ managed to create a true masterpiece out of this one in 2018. You play for a wizard who faces the challenge of Chaos Trials. Your character finds himself in an enchanted dungeon that conceals plenty of hoards and hazards. During the ten levels of the game, you need to handle an impressive spectrum of spells, confront the elemental bosses, and boost your wizardry status. Grow your strength, train your endurance, defend, attack, and navigate like a pro. The game received mostly positive reviews upon its launch in May 2018, with a score of 76/100 on Metacritic. 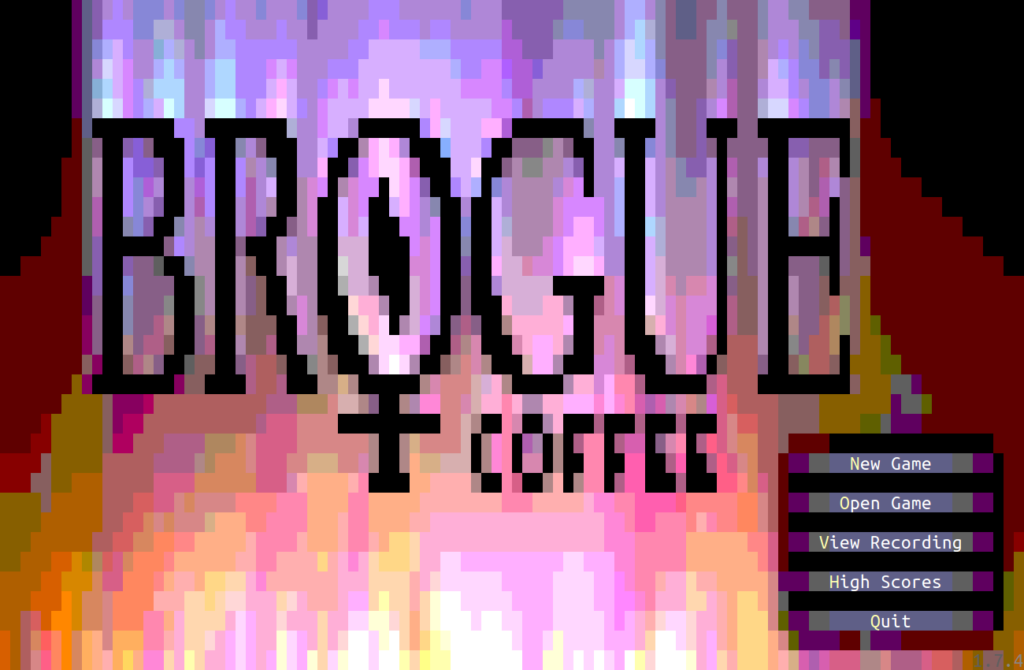 When looking for an indie game to include in our rating of the best roguelikes, we decided it should be Brogue by Brian Walker. It hit the virtual shelves in 2009 and has been permanently developing ever since. You are roaming around an enigmatical dungeon, hoping to get hold of a sacred amulet. If you succeed, this precious object will endow you with unlimited power. But honestly, you are much more likely to fall prey to one of the abominable predators that dwell in this godforsaken place. The fact that you have no map to rely on only aggravates the situation. 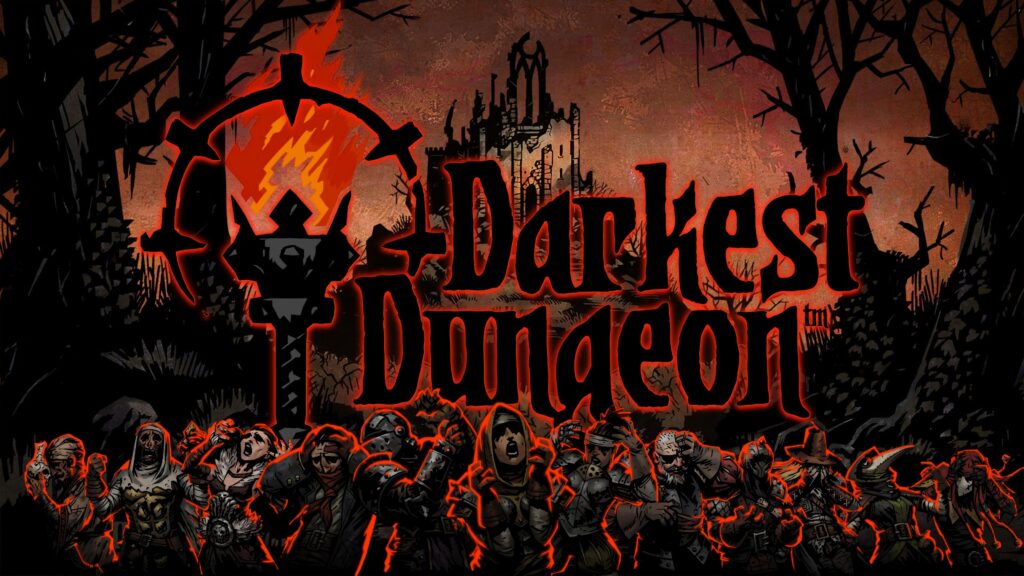 Nefarious supernatural forces have found a way to sneak into this world, and you must shut down the cursed portal. Your task consists of managing a group of adventurers, where each person has particular skills and talents. You will need to wisely apply these abilities while roaming in the fathomless catacombs where the evil resides. Appalling creatures will try to defeat you, but your tactical thinking will (or at least should) outwit them. Released in 2016 by Red Hook Studios, this is one of the best roguelikes that resemble RPGs. In November 2016, following the release of the PlayStation 4 and PlayStation Vita versions, it was announced that the game had exceeded the 1 million copies total on all platforms.

5. Crypt of the NecroDancer 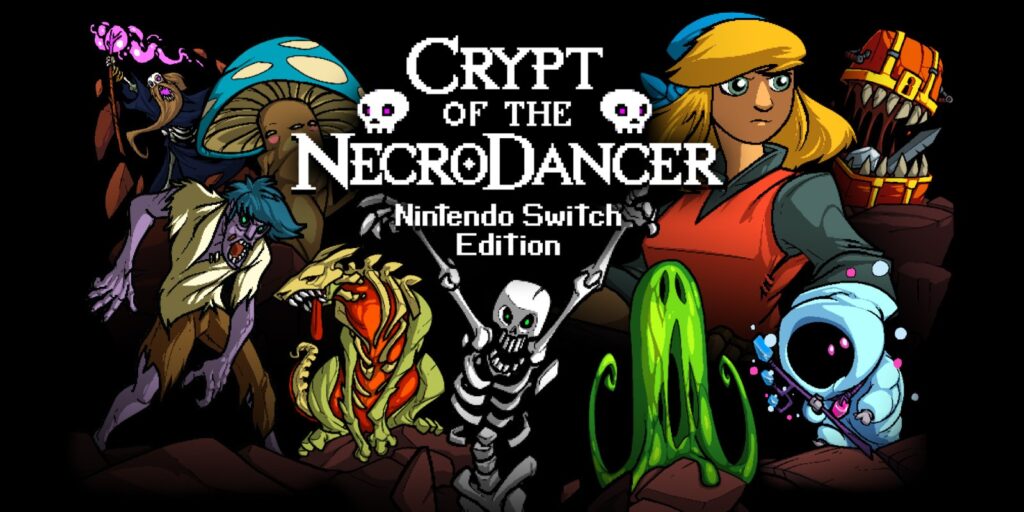 Your character’s name is Cadence, and you are searching for your father, who went M.I.A. Cadence suspects that he was kidnapped by NecroDancer and heads to the dungeon. The owner of the dungeon steals her heart, so Cadence needs to synchronize her movements with the beat to keep the blood pumping. The final aim is to exterminate the evil and to save the father. Brace Yourself Games released this one in 2015, and thanks to its sophisticated concept, it still remains at the forefront of the genre. The game received 9.5/10 based on Destructoid reviews and 8/10 based on Game Informer reviews.

Our list of the best roguelike games wouldn’t be complete without one that is based on a sci-fi plot. But don’t expect to assume control over a mad scientist! Your character will resemble a slime capable of controlling cadavers. Trapped in a sinister dungeon, it strives to make its way out. To confront hazards and avoid traps, you need to gather cells that serve as local currency and purchase goods. By unlocking upgrades, you’ll be gradually getting to the exit. Released in 2017 by Roguelike Metroidvania, this game captivates players with its infernal mechanics. The game won second place in the category “Best action game of 2017” by IGN, and was also nominated for “Best visual design” and “Best indie game” at the Golden Joystick Awards in 2018. 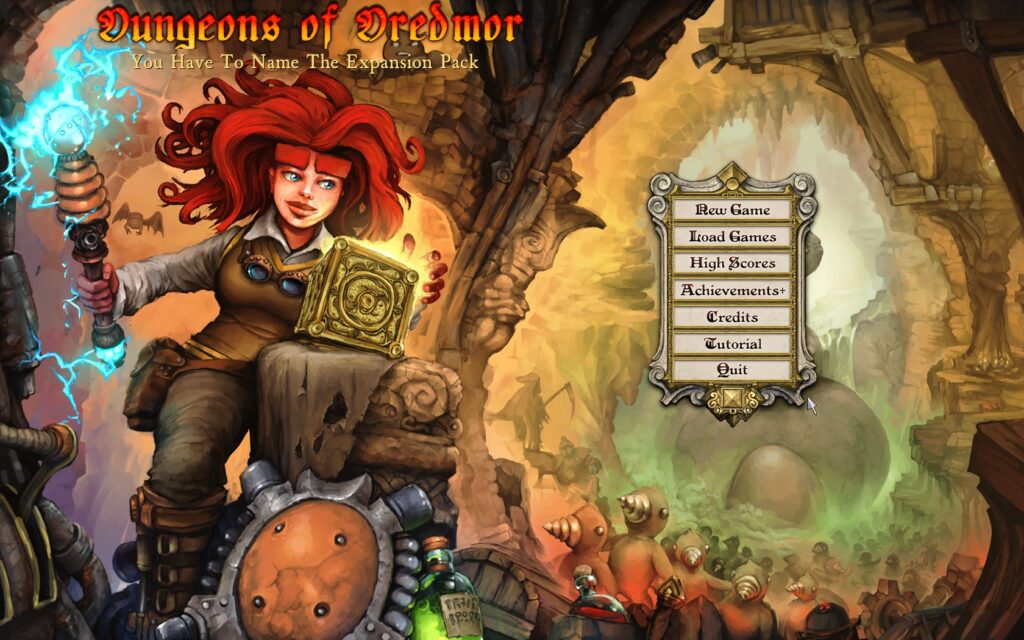 When the team of Gaslamp Games was working on this one back in 2011, they obviously intended to create one of the best roguelike games on the market. They delivered a product that makes players hold their breath until the very last second and experience highly intense emotions. You need to meet the insidious Lord Dredmore in his dungeon and finish him off. However, your adversary avoids face-to-face fight and prefers to hide somewhere in remote chambers. On your way to the final duel, be ready to avoid numerous traps, overcome elaborated obstacles, and confront hideous monsters. Critics have typically given the game high scores, and as of June 6, 2012, it held a 79/100 score at Metacritic and 79.00% at GameRankings.

This one deserves a high rank in our list of the best roguelike games for its variety. The length of its sessions varies from a couple of minutes to approximately one hour. The assortment of obstacles, puzzles, traps, items, character races, and classes seems nearly infinite. The basis of the plot, however, is quite conventional. You are struggling to find your way out of a dungeon, and for this, you need to survive the final clash with the primary enemy that hides from you. Released by QCF Design in 2013, this crawler is remarkably challenging and gratifying. The game was listed at #3 in Gamasutra’s Top 10 Indie Games of 2010. It also received Excellence in Design award at the 2011 Independent Games Festival. 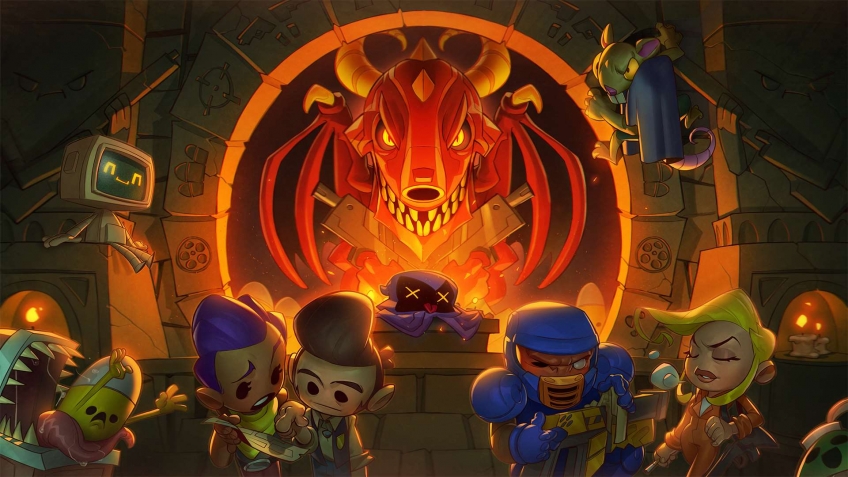 In 2016, the creative staff of Bullet Hell Roguelike games developing company delivered a product with an extraordinary, breathtaking, addictive concept. You come across a weapon that allows you… to destroy your past. The game offers you four principal characters to select from, each of them endowed with their peculiar talents and skills. Be ready to cope with varied obstacles and use unexpected encounters to your advantage. Gather and use treasure items; they will considerably broaden your defense opportunities. Stay vigilant because just one wrong step might quickly lead to your demise. On Metacritic, the game’s PC version is rated 84 out of 100. The PlayStation 4 version is rated 82 out of 100.

Available on: PC, PS4, Xbox One, and Switch.

If you are a committed gamer and would like to watch first-hand news from the gaming industry, feel free to subscribe to our WhatsHappening YouTube channel. There, you can find impartial reviews, curious facts, and exciting previews. The channel was created by dedicated gaming fans who know the chosen sphere inside out and gladly share their knowledge with subscribers.

We put immense effort into filming our videos and editing them, trying to provide our viewers with an impeccable aesthetic and emotional experience. What makes our YouTube channel stand out from the rest is our unusual approach to covering the topic. We try to always stay sincere and unbiased, we have a good sense of humor, and we normally manage to find an extraordinary angle for each topic. Our dream and goal are to create a tight-knit community around the WhatsHappening channel and to involve people in discussing our videos, sharing their honest impressions. Join us if gaming is your life passion or favorite hobby!