Do you remember times when puzzle games were available as crosswords, Rubik’s Сube, and Tetris? Remember or not, it was easy to choose when puzzle games were available in limited numbers. Now, you may be puzzled while deciding what to play. We know that you want not only logical tasks but also an interesting plot, a beautiful picture, and something captivating your attention till the end. So, we analyzed the reviews from fellow gamers, sales numbers, and opinions provided by professionals in the gaming industry. And here we are, with the result turned into the list of the best puzzle games. 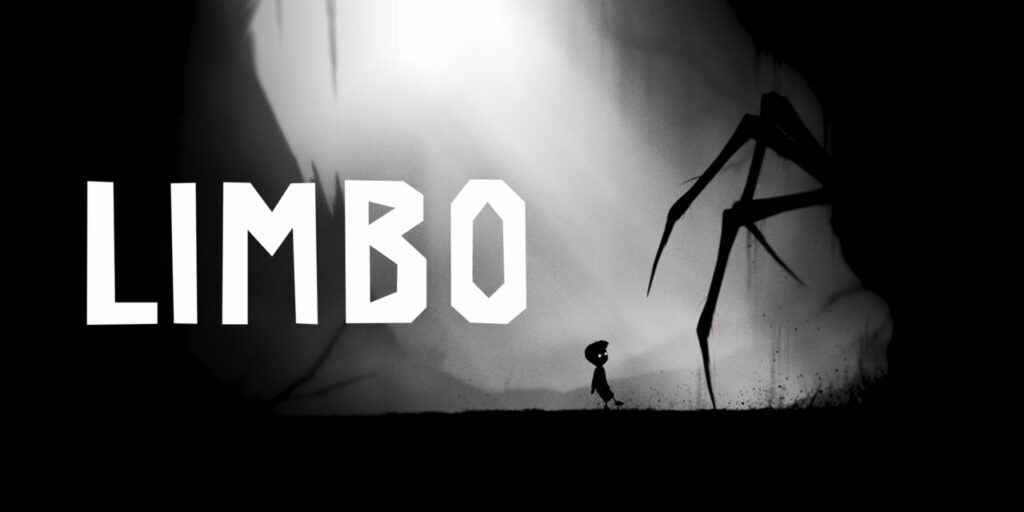 Playdead’s puzzle game with screamers, hydrophobia, and arachnophobia opens our list. In Limbo, you have a chance to put yourself in the place of one young boy. His eyes seem to see more than one world, and now his eyes are yours. Your dear sister is lost, and now you need to visit Limbo, a place where souls deprived of heaven are living. Beware! You are afraid of water and spiders, and you will see a lot of your fears. You can die five times during each logical task. Can you make your way through and find your sister?

A simple but breathtaking plot, a stylish black-and-white design, and exciting tasks lead to a 88 score from Metacritic and more than 4,000,000 sales from the release year in 2010 till 2019. 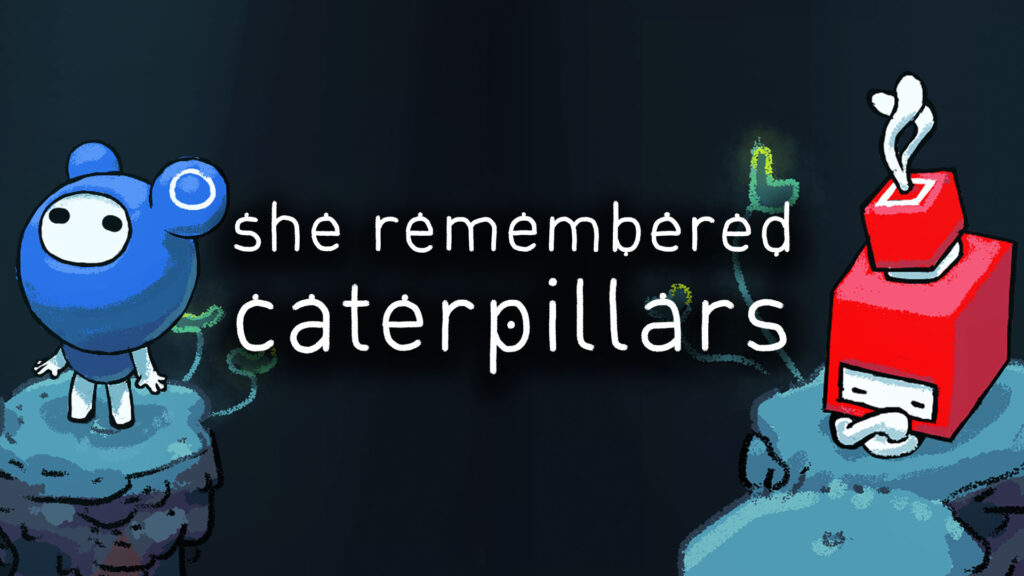 From the black-and-white game to a very colorful one released in 2017 by Ysbryd Games. Now, you are in the world of caterpillars, vibrant gummies, and living objects that need your interaction. Step by step, you discover complex puzzles for little people. Your goal is always the same: reaching special places so that the little people can fly away. Step by step, you understand the world has faced some catastrophe, and this is another mystery to solve besides the main essence of any game in this genre. Be very attentive to the notes you see to learn about a father-daughter relationship behind She Remembered Caterpillars.

The game has an 82 score from Metacritic, but no official information on sales. The ninth place because “no”’ to triggers and “yes” to understanding the needs of color blinded people. 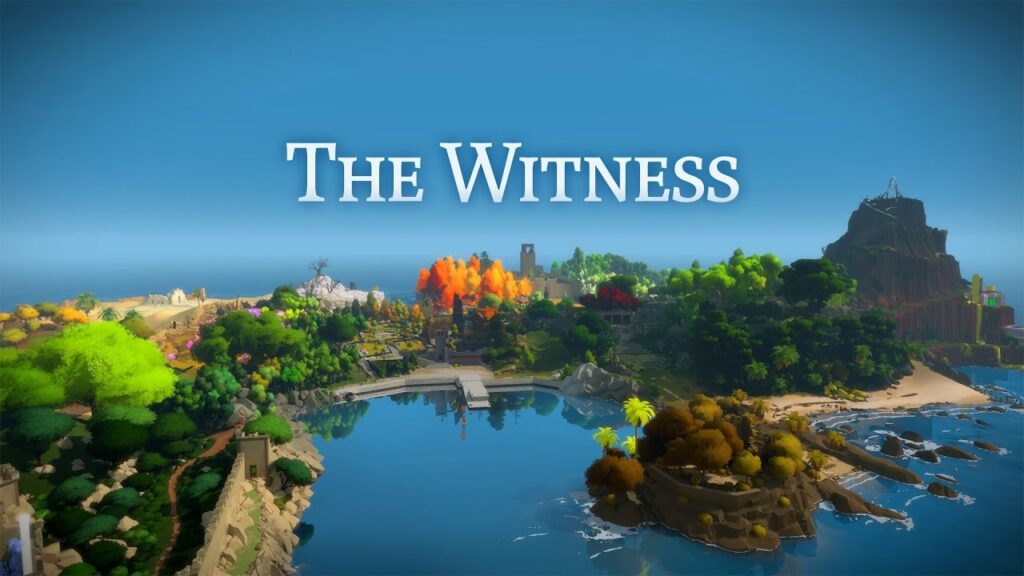 Would you like to combine your puzzle game with the first point of view and the open world? Look at The Witness from Thekla, Inc. Close your eyes, and open them again to find yourself on the island with one nuance. You can’t remember anything, and your only task now is to get yourself away from this island while trying to solve more than 500 different logic tasks and puzzles. Can you find the hidden meaning of your actions before you leave this place?

The open world, the narration, nice graphics, and many mini-games gave The Witness more than 100,000 sales during the first week of release in 2016. Metacritic and its 87 score confirm that this game is worthy of its place in this list. 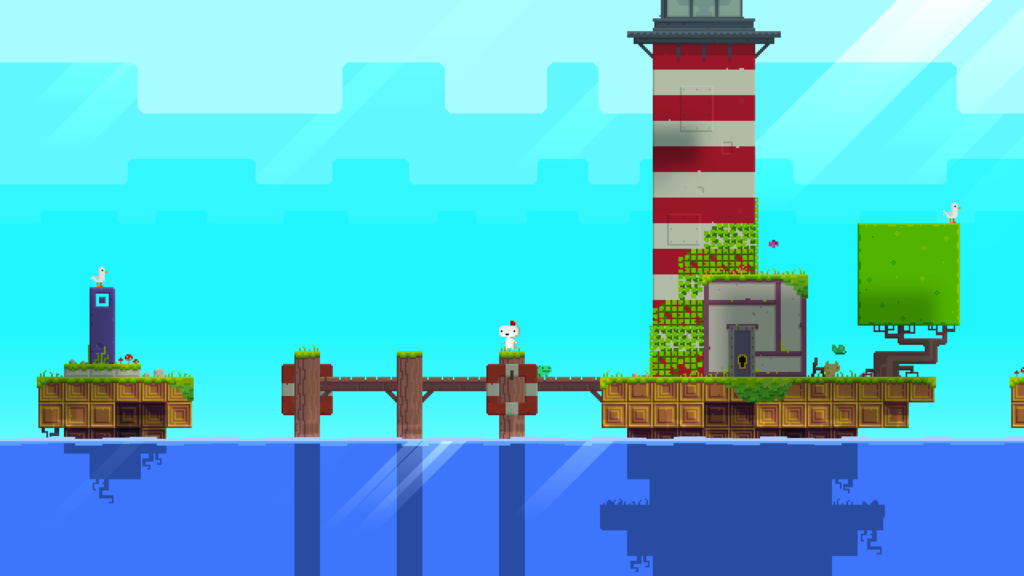 Polytron Corporation did its best to combine old school graphics with modern ideas in FEZ. Here you will meet Gomez, who lives in a beautiful 2D village and is unaware of a vast world beyond it. One day, Gomez meets the Cube giving him a gift to see 3D reality. The Cube explodes, and its pieces threaten the whole world. Gomez needs to collect all pieces and adjust to optical illusions.

What could be easier than collecting cubes? FEZ, however, will challenge this statement by testing your memory, attentiveness, and cryptography. This turned into a 91 score on Metacritic and one million copies sold at the end of 2013. 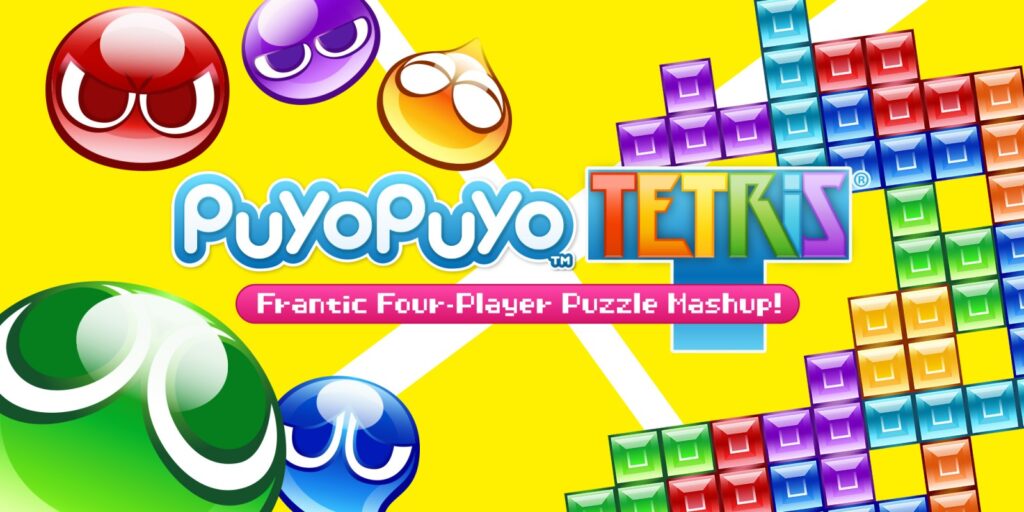 Yet another combination of an old school puzzle game with modern implementation. SEGA has combined a classic Tetris with cute characters from iconic Puyo Puyo in one game. Unlike the previous puzzle games, Puyo Puyo Tetris does not have a coherent plot. This game attracts its audience with different characteristics. Here you can challenge friends, other players, or the AI if you have a bad connection.

The four game modes compensate for the lack of plot. You can see the latter in Puyo Puyo Tetris, but it does not require you to seek hidden meaning. It’s just for your fun and giving your brain a break from intricate tasks. And it is how the game receives a 81 score on Metacritic, one million copies worldwide from the release year in 2014 till 2018, and the place in our list. 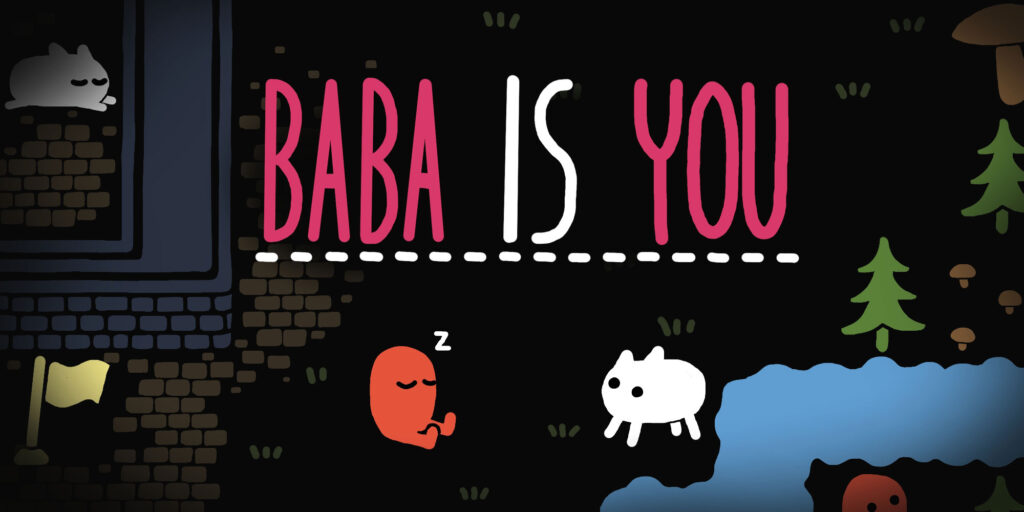 If you are tired of puzzle games in which levels almost do not differ from each other, then we invite you to try Baba Is You, released by Hempuli in 2019. Do you remember Sokoban? Baba Is You has a similar mechanic, but you can change the rules of each level. Sokoban cubes have turned into words and sentences that dictate the primary conditions. You and only you decide which word you need to move to disable the wall, for example.

Mechanics, game conditions, and non-trivial logic puzzles granted three independent gaming awards for this game. Metacritic gives it an 87 score, and we give it our undying love to the best puzzle games. 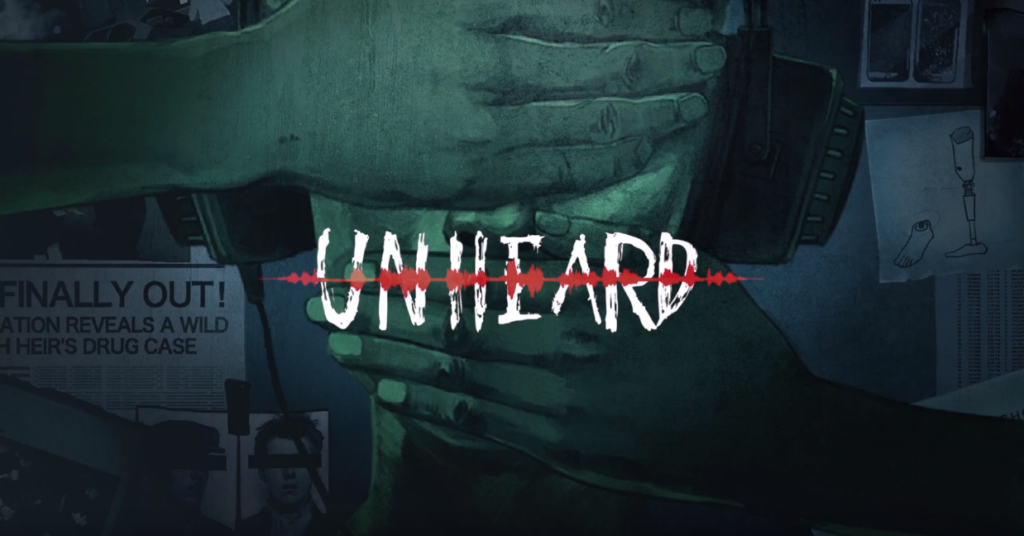 If you have not heard about this puzzle game from NEXT Studios, it’s time to change the situation. Unheard invites you to the world of interactive detective gaming film. The simple mechanic captivates with its uniqueness. You are a detective who has short recordings of conversations and movements of people on the floor. Your tasks are to understand what happened, reveal the criminal, and figure out how the crime occurred.

The game’s main disadvantage is that it’s too short; thus, a score 72 from Metacritic. But it was released in 2019, and the developers promised to work on DLC. Let’s wait for it together with us while putting yourself in a detective’s shoes.

3. Keep Talking and Nobody Explodes 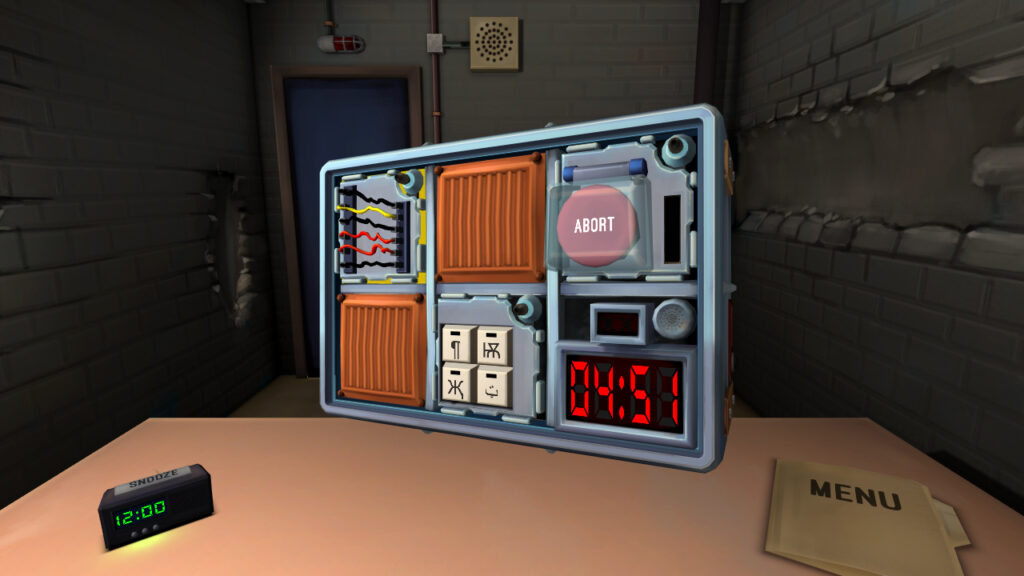 In 2015, Steel Crate Games released the game where you can test your friendship. Keep Talking and Nobody Explodes is a multiplayer puzzle game designed for two or more players. You will be either a sapper or a sage who can suggest what to do. A new puzzle is generated every time so that you won’t get bored because of the monotony. You can choose missions or free play. But what makes this puzzle game even better? A chance to create your bomb and your tasks. Also, Keep Talking… has mod support and VR extension for those who’d like games to be a bit more than just games.

With an 84 score on Metacritic and more than 200,000 sold copies as of March 2016, this puzzle game receives its well-deserved third place. 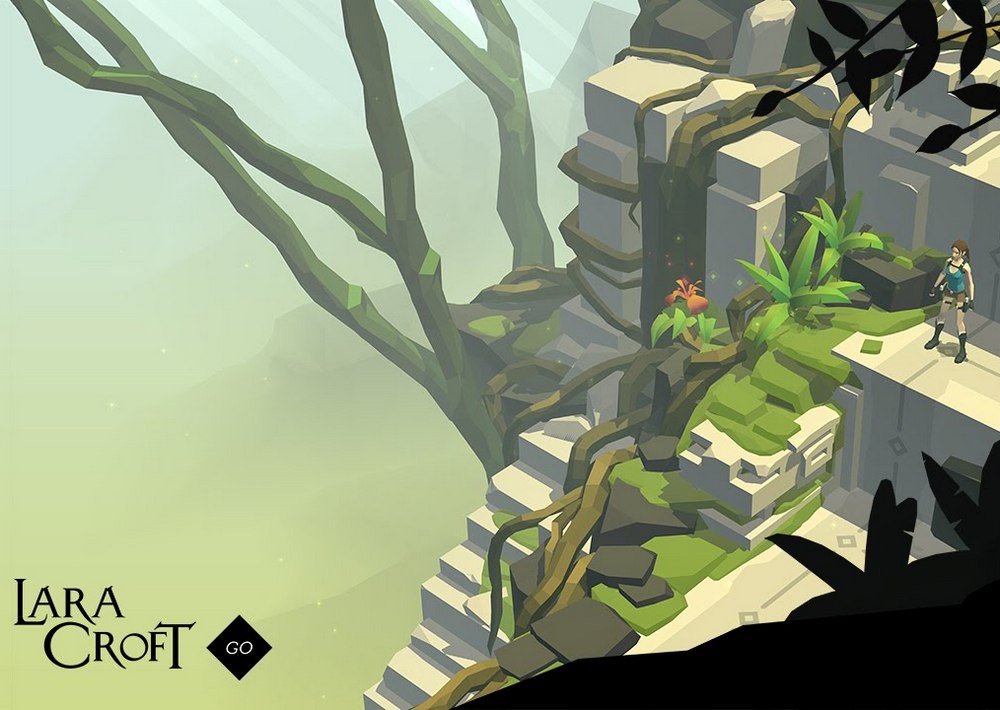 Who has not heard of the Lara Croft series? We doubt that there could be such a person considering the availability of multiple games and films. If you still are going to familiarize yourself with the series for the first time, we recommend you start from Lara Croft Go released in 2016 by Square Enix. It will be a fascinating introduction to the puzzles that Lara needs to conquer and to the details of the overall plot.

The game was initially designed only for phones, so the graphics are minimalistic but of very high quality. An 84 score on Metacritic and great paid off nostalgia provide a secure place for Lara Croft Go on our list. 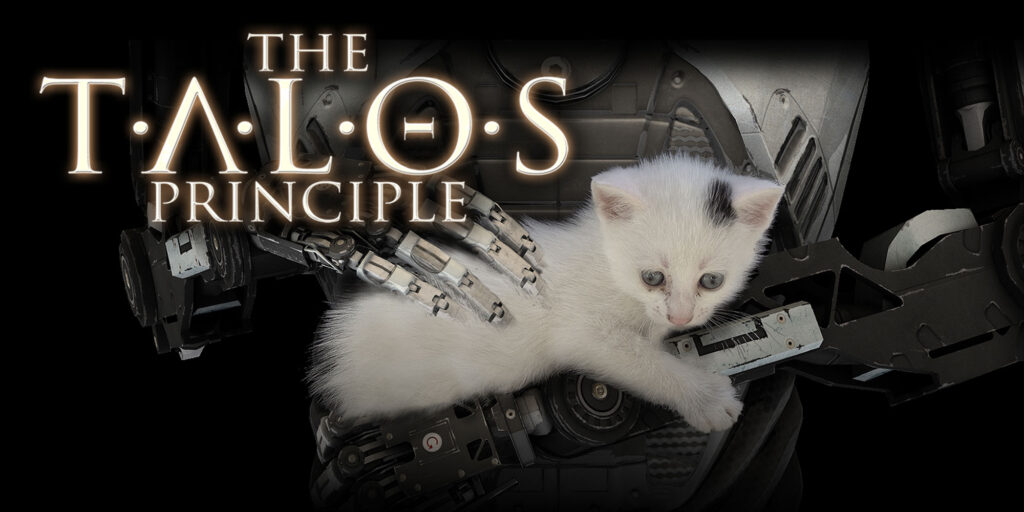 In 2014, Devolver Digital and Croteam released a first-person narrative puzzle game, where all your decisions may have consequences. In The Talos Principle, you are an android who lives in a beautiful Elohim’s garden where the medieval times and modern technology are intertwined. You know that Elohim is your creator, but you don’t know who you are and why you are here. Through the maze of puzzles, you need to find answers to these questions and dive into philosophical depths.

With an 85 score on Metacritic, but because of unique gameplay and deep philosophical meaning, we give The Talos Principle the first place in our best puzzle games list.

Available on: Mobile, Xbox One, PC.

Whenever you feel that you are stuck with puzzles in any game from this list, remember the one thing: you are not alone. We know your feelings, and we know it can be hard to see what lies on the surface. But what always lies on the surface and is easy to see? Our WhatsHappening community channel on Youtube, where you can always have up-to-date content on games, films, music, and technological news. Here you can find help while trying to complete another puzzle game, learn about exciting news, and reveal some new favorite things for yourself.

Maybe you have what to add to our list? Want to discuss a specific game? Want to point out the missed game or make a personal list of the best puzzle games? We welcome you in our community and look forward to your insights in the comments.