Best PlayStation 4 Games of All Time

First released back in 1994, PlayStation had a lot of exclusive games that entered the hall of fame as the eternal classics. You may love it or hate it, be a true fan of PlayStation or just discover the possibilities of this console. The overall performance, simpler user interface, larger install base are among the reasons why people prefer PS consoles and especially PlayStation 4 games. If you never tried to play it, it is time to change it and decide for yourself what is your opinion about the PS.

If you are still thinking whether you should buy the console or not, we are here to offer you a list of one of the most exciting titles ever produced for PS4. Each of the games for PS4 in this list has proven to be a fan-favorite and a unique game experience. It is really hard to create the best PlayStation 4 games list and include each of these titles. We tried to do our best and give them the well-deserved spot, from RPGs to open-world epics. Some of them are PS 4 exclusives, and some are exciting to replay with a higher quality of the graphics and additional in-game awards. 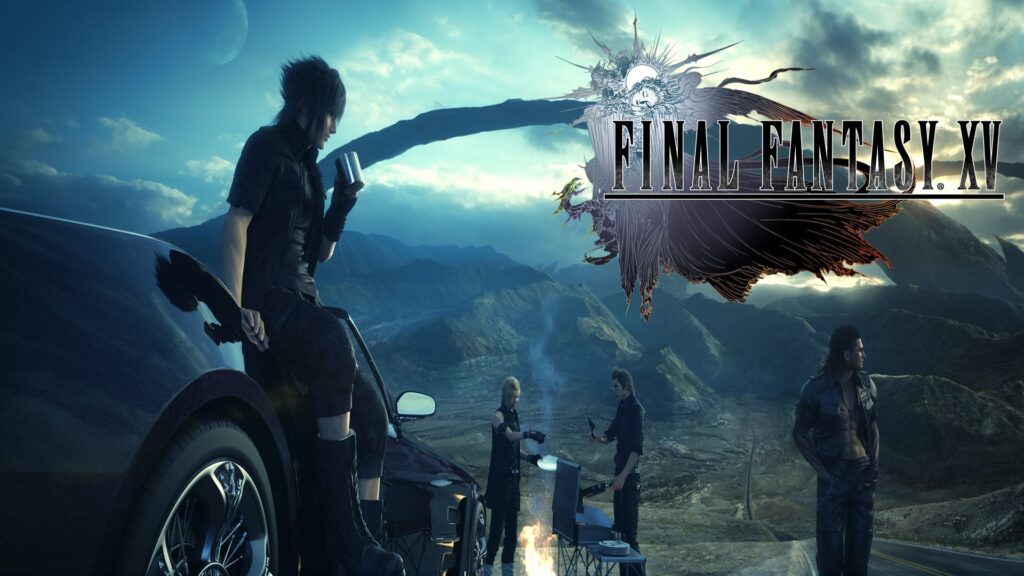 One of the most notable Square Enix’s franchises ever produced, Final Fantasy 15 is a great example of why people live in the universe of FF. Final Fantasy 15 is an open-world action role-playing game that has some changes in the overall gameplay and dynamics but holds to the legacy of the series. The main difference of the fifteenth part is the combat system that doesn’t use the menu interface during fights, but the idea of selecting commands directly mapped to buttons on the controller. The game follows Noctis Lucis Caelum, the heir of the Lucian throne and his friends. The world of the game introduces the players to the world of Eos and obstacles that you must defeat to achieve the great finale.

The game has sold 8.9 million copies worldwide on various platforms. The game also won a series of prestigious game awards and received positive reviews from players. We also welcome this entry in our list of PlayStation 4 games you should play. 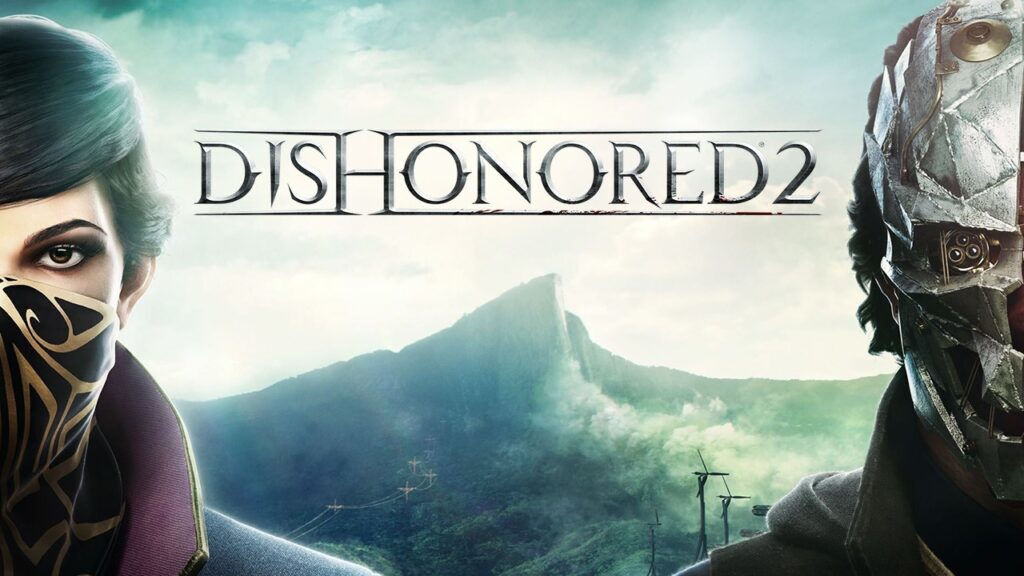 Bethesda made one of the most interesting games with a rich story, and since then, everyone expected the continuation of it. We are talking, of course, about Dishonored 2, one of the most expected action-adventure video games. Here you can play as Corvo Attano or Empress Emily Kaldwin in their attempts to regain the throne. The game heavily relies on choosing your strategy as it impacts the further development of the narrative. You also have the possibility to use Outsider’s gift of supernatural powers.

The game has sold more than 2 million copies worldwide and received several awards in Best Action game categories. The players were also mostly pleased with the new installment of this unique world. We highly recommend you to try it and put it to your new PS4 games list. 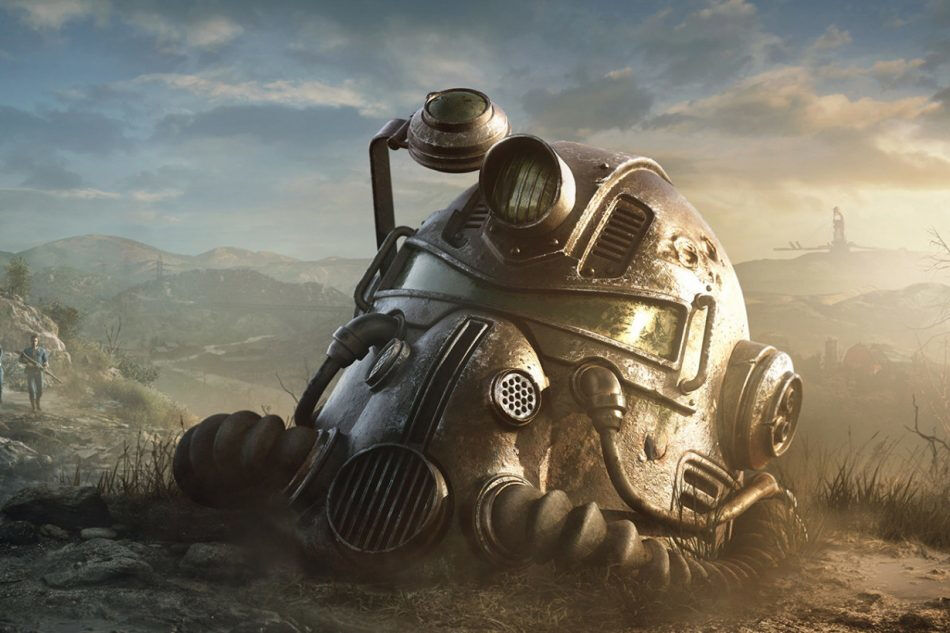 Another entry by Bethesda, Fallout 4 is an action role-playing game set in the post-apocalyptic world and the fourth main installment of the Fallout series. The gameplay is similar to Fallout 3 and New Vegas, where you can freely roam the open world. The gun-gameplay and some elements of combat mechanics were changed, and this entry of the series has a layered armor system and an updated dialog system. Here you also can craft new versions of the weapons and items for your character. The plot follows the Sole Survivor, who is determined to find their son Shaun, once lost after the strange incident in the Vault.

The game has sold 13.5 million units worldwide and received mostly positive reviews. If you want to roam the wastelands and uncover all secrets that the game has prepared for you, then Fallout 4 is one of the top PS4 games of your choice. 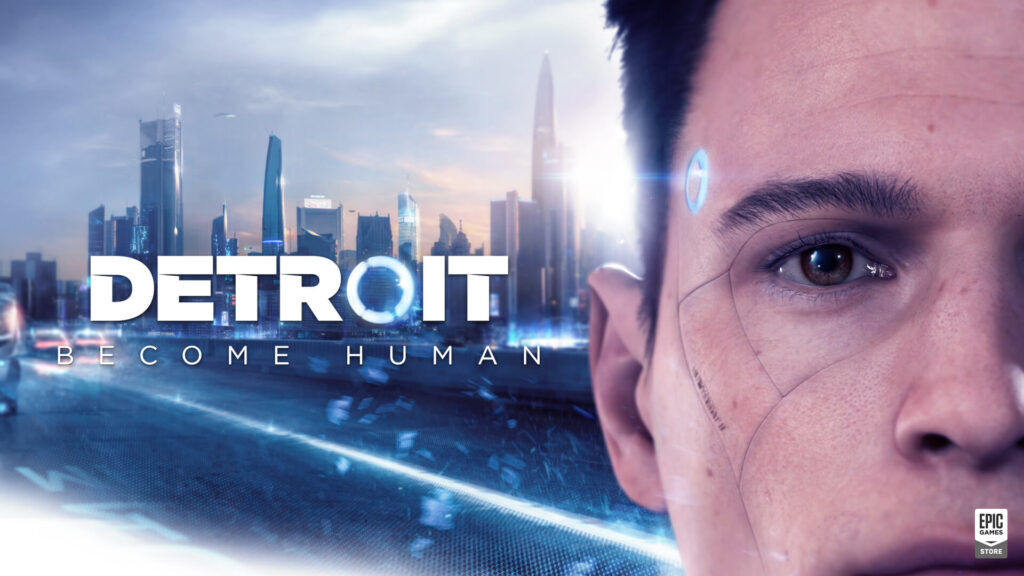 The iconic developer Quantic Dream made their name by the unique approach to the gameplay and game mechanics with their hit Fahrenheit. Detroit: Become Human is an adventure game that has similar quick-time events elements and narrative possibilities to explore. You can play for three characters, and the ending depends on your actions and dialog choice. You might also experience one of the major characters’ death, which doesn’t mean the game ends. The plot revolves around the near future when people are living along with Androids. The main premise of the conflict is Android nature, whether they can be treated equally, or they are simply machines that don’t deserve empathy.

The game sold over 5 million copies across all platforms and received favorable reviews. One of the best PlayStation 4 games to explore the world and story. 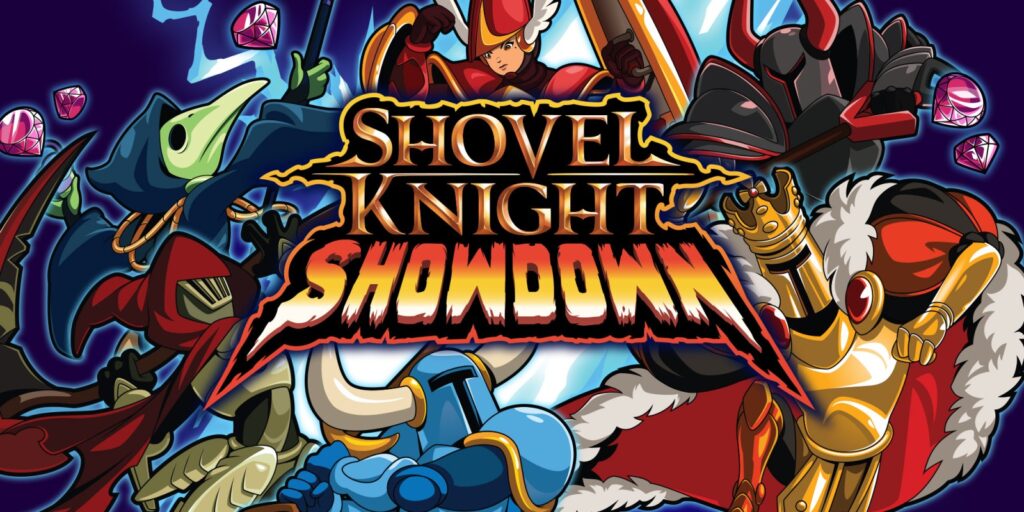 Shovel Knight is a 2d side-scrolling platform game developed by Yacht Club Games. If you are looking for some good old platformer that evokes nostalgia, then Shovel Knight will be definitely one of the most appealing new PS4 games for you. It can be played both in a single-player and multiplayer. The idea of the game is easy, each level has a boss you must defeat, and the difficulty is increasing gradually as you succeed with your missions. You also can choose a campaign, each having a unique level design and quest missions. In the multiplayer, the character you chose affects some of the battles.

The game has sold more than 2 million copies and received favorable reviews. If you want to support a passion project and immerse in the 8bit platformer journey, pick Shovel Knight and enjoy the variety of campaigns and beautiful music.

5. Shadow of the Colossus 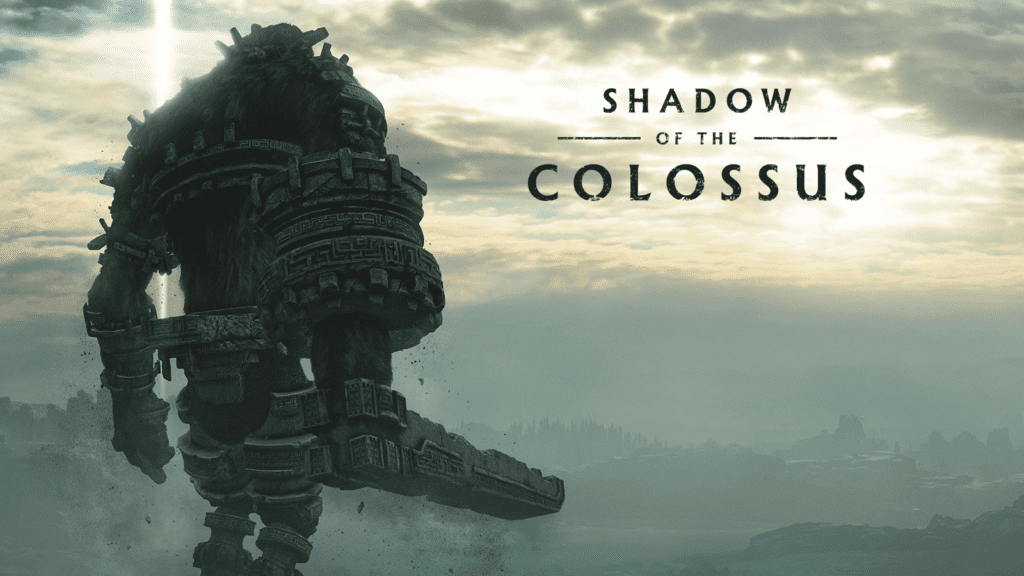 Developed by SIE Japan Studio, Shadow of the Colossus is an action-adventure game that you can play on previous PlayStation generations. It is ported for PS4, and it is considered one of the greatest games of all time. You play as a Wander, who joins the quest of resurrecting a girl named Mono (and the rest you will discover yourself). The progress of the game is cyclic. After defeating the colossus, you have to return to the central point and then repeat it until you finish all objectives. Although it sounds not as exciting, the beautiful game design doesn’t make you bored. At some point, you even want this journey to continue forever. The version for PS4 was remastered with high definition graphics and little change to the game mechanics overall.

Shadow of the Colossus is one of the best PlayStation 4 games, with millions of units sold and a majority of positive reviews. It is a unique experience exclusive for PS4. 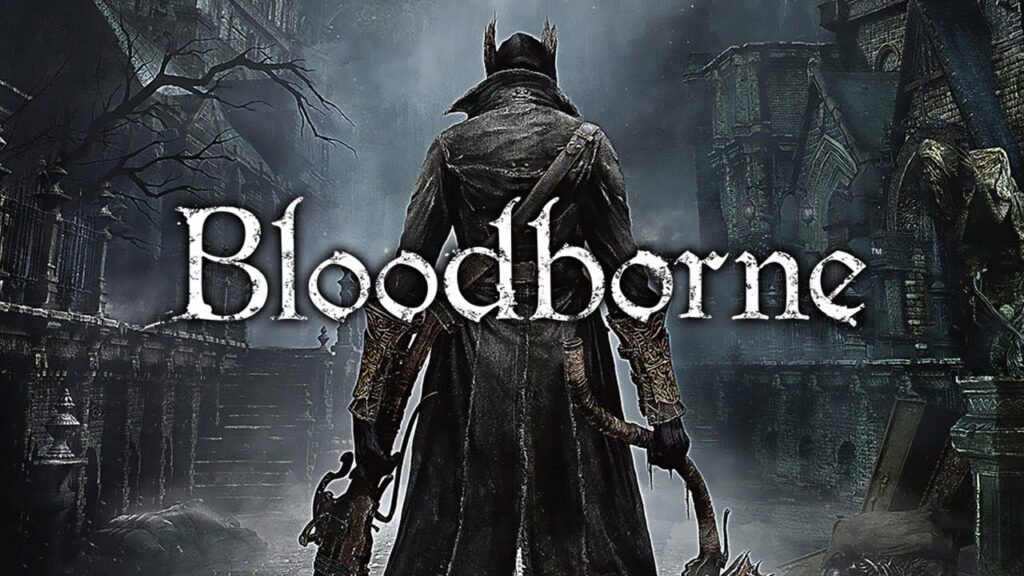 The exclusive for PS4, Bloodborne is an action role-playing game developed by FromSoftware. The game is well-known and appraised for its style and aesthetics, which separates it from another title of FromSoftware studio, Dark Souls. Still, you might find some technical and game mechanics similarities, but it won’t affect your overall experience of exploring the Bloodborne setting. You still have to challenge bosses, collect items, and interact with NPCs to proceed with the game plot. The game also has a multiplayer and the possibility to finish the campaign solo. At the same time, the game has several endings, which increases the replayability of it.

The game has sold over 3 million copies and received many positive reviews. It is a fine example of a PS4 exclusive that will be relevant even decades after. 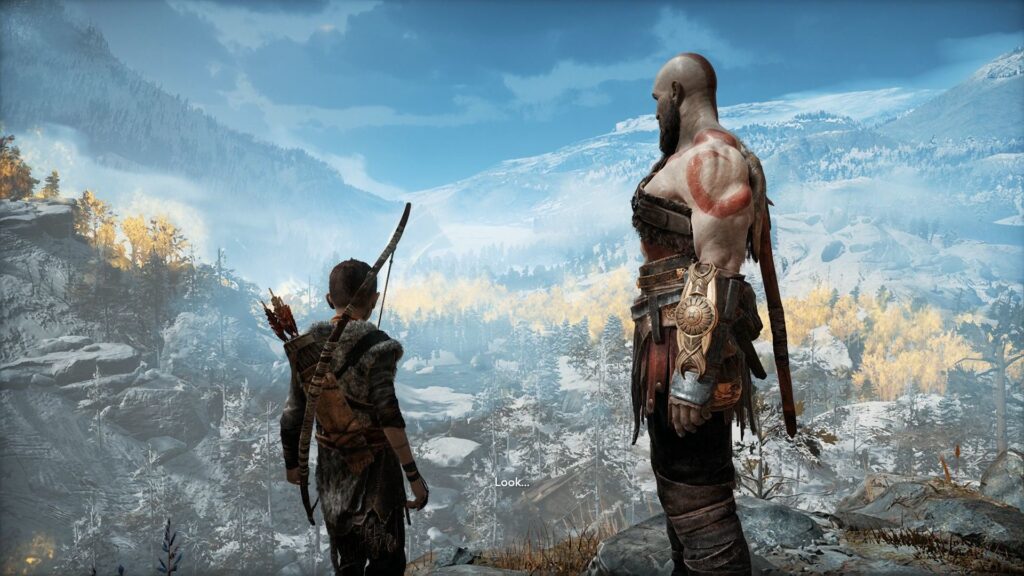 The eighth installment in the God of War Series by Santa Monica Studio, God of War is an action-adventure game that takes a step aside from the Greek storyline and submerges players in the setting of Norse mythology. You are playing as an iconic protagonist of the series Kratos, accompanied by his son Atreus. The plot revolves around Katos’ wife’s desire to have her ashes spread at the highest peak of the nine realms. The game follows the same mechanics of exploring the world and challenging the foes. Some elements distinctive for the gameplay were cut and replaced, like now you have to use a boat instead of swimming. At the same time, you can’t play as Atreus but use his help.

The game has sold 10 million copies worldwide and received positive reviews from critics and players. If you are looking for the best PlayStation 4 games in the genre of adventure, then choose God of War.

2. The Last of Us Remastered 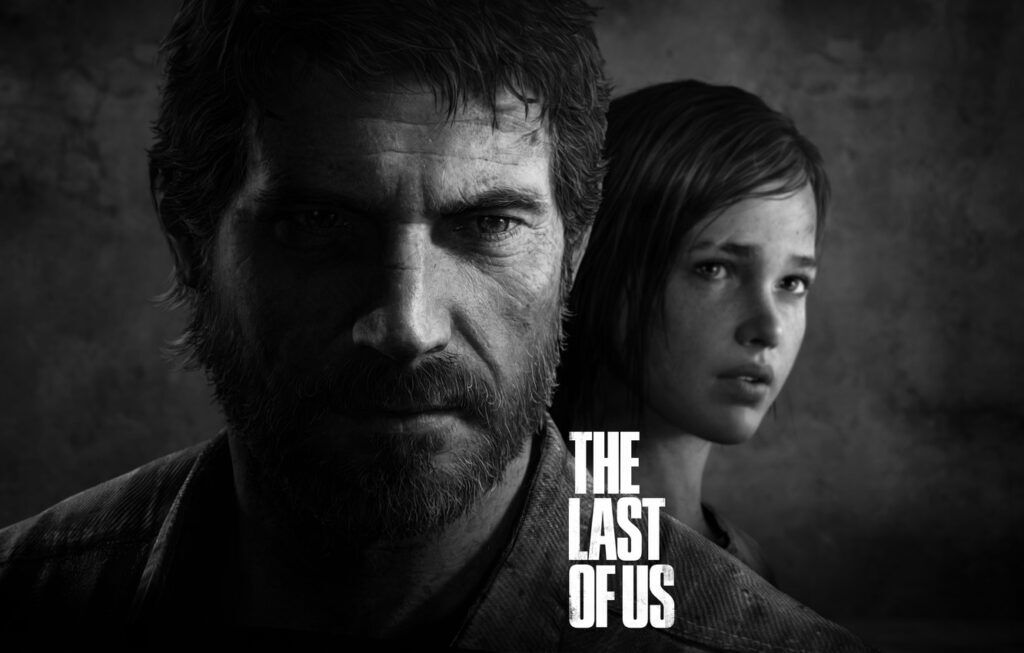 The Last of Us is an action-adventure game developed by Naughty Dog studio, set in the post-apocalyptic alternative timeline. The main focus of the game and gameplay revolves around surviving in the unwelcoming environment, where both survivors and zombies aim to harm you. Most of the game can be played through in stealth mode, or you will have to develop a strategy to challenge your opponents, as many resources like weapons and ammo are scarce. The Remastered edition includes the Abandoned Territories Map and Reclaimed Territories Map packs in addition to the main campaign. This edition has overall eight maps for multiplayer and some additional materials from the creators.

The Last Of Us became one of the best selling ps4 games with overall 17 million copies sold worldwide. If you want the good plot and awesome gameplay combined, then The Last of Us is the top pick. 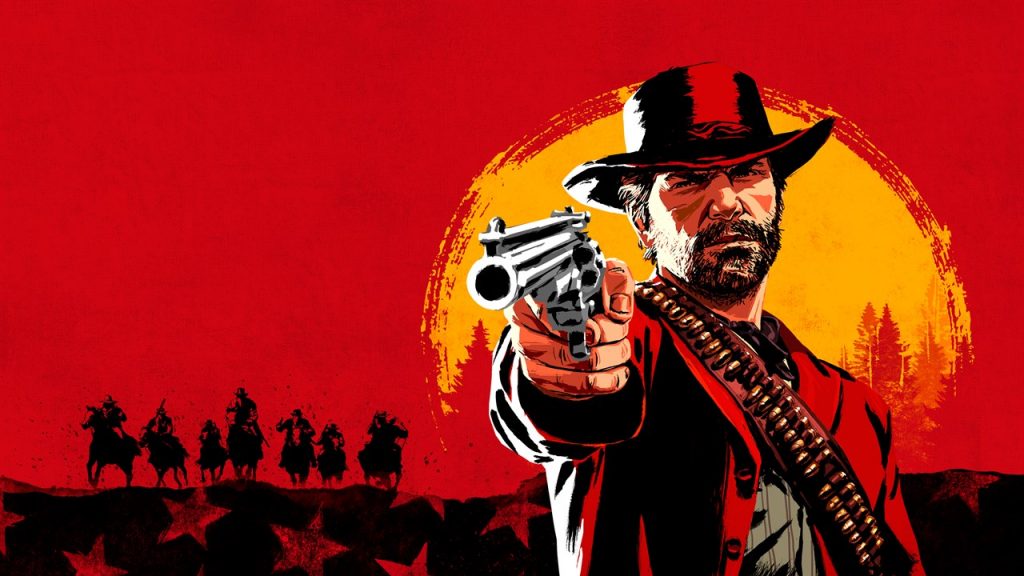 Red Dead Redemption 2 is an action-adventure survival game with an open world developed by Rockstar Games. It is a prequel of the main game campaign, where you can explore more of the Wild West when playing as Arthur Morgan. You are not limited to only two strategies of playing the campaign; you can start with side quests or follow the main quest without digressing from it. At the same time, RDR2 is most prominent for its open world, where you can find a lot of easter eggs and interesting locations.

The game has sold 29 million copies and received positive reviews from the series fanbase. One of the most iconic PlayStation 4 games, RDR2, won’t leave you bored and always offer something new, even if you replayed it several times.

Without a doubt, PlayStation 4 games are praised for their polished looks and unique possibilities that other consoles cannot give. It would be a lie to say that we don’t wait for the next announced PlayStation 5. While we wait for it, it’s a good time to replay and re-discover some titles we all like. Many of PS exclusives became living legends in the world of game design and the industry overall. Do you think we missed some crucial titles? What is your favorite PS game of all time? Would you like to see more remakes for the next gen consoles?

Meanwhile, we encourage you to visit our YouTube channel WhatsHappening, where we update our subscribers on the latest news of IT, games, pop culture, and education. Do not hesitate to share the link with your friends, so they also can become a part of our fast-growing community. We have it all, from games to films, you are welcomed at WhatsHappening any time. We regularly make top lists and other video reviews that can help you find something new to play or recommend to your friends.