Best Laptops For Minecraft in 2021

Choosing the right system is probably the most important part of one’s gaming experience. The system characteristics determine how smooth and beautiful the games will be. But when it comes to laptops, finding a machine with decent hardware that doesn’t cost a fortune is pretty hard.

That’s an especially big problem among Minecraft players. Finding a Minecraft laptop isn’t that hard. But it’s the price differences that require the users to do some research to be able to choose wisely. So, in this list of good laptops for Minecraft, you’ll certainly find the perfect one. And if not, we’ll also teach you how to choose one yourself.

The article will provide a list of system components of each laptop for Minecraft, explain the details, and all the nuances of particular hardware. It will be really helpful for those who love the game and want to play it, but don’t have a single clue about all these Intels, AMDs, Nvidias, and so on.

Just keep in mind that with the current silicon shortage, the prices may be much higher than you expected. And unfortunately, there’s just no solution to this issue. The deficit is global, and there are just not enough chips for CPU and GPU production. That means, finding the best laptop for Minecraft under 200$ is impossible in today’s market conditions. 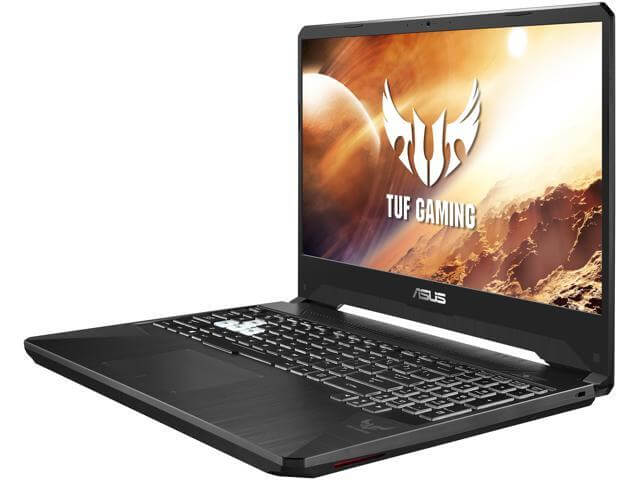 Asus TUF Gaming FX505DT is the ideal example of price-performance balance. Costing only 888$, it has a modern processor with hyperthreading. That means, with only 4 cores, you’ll have the power of 6 or even 8 sometimes, thanks to this technology. The video card is the new GTX 1650 with 4 gigabytes of VRAM, which is more than enough for stable 130+ fps in middle and high settings.

But what’s probably the best feature of this gaming laptop for Minecraft, is that it comes with a 120Hz display. You’ll certainly be surprised how smooth the game is, compared to your usual 60Hz monitor. Especially considering that the hardware will constantly provide you with the needed framerate. 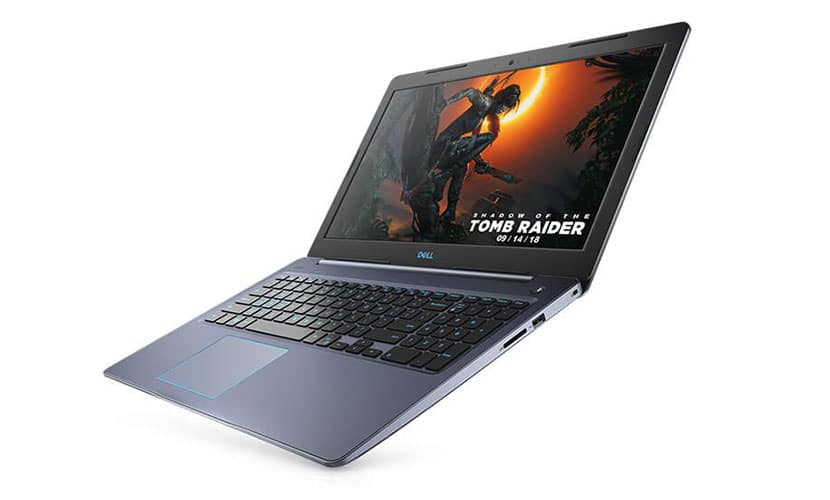 This one is sort of a cheaper and slightly slower option, compared to the previous position.  And that’s a good thing, as you’re able to save some money while losing only 10-20fps. The saved money can be used to buy an additional 8GB RAM stick, or buy another SSD to increase the loading speeds of this cheap laptop for Minecraft.

At high settings, you’ll have from 110-130 fps on high settings. Don’t forget about OptiFine, though, which can raise the frame rate even higher. Just remember that while the Nvidia GTX 1050 is still a decent competitor, it’s starting to become slightly outdated. This means that not all the ultra-realistic 4k shaders will be playable at 60fps. 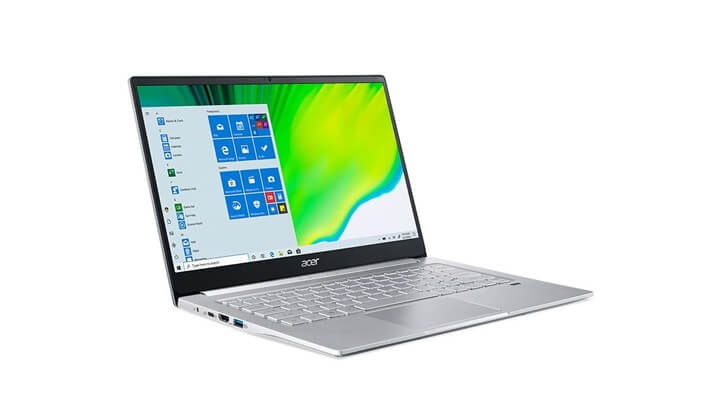 Acer Swift 3 could be called the best Minecraft laptop under 500$ if it wasn’t for the silicon shortage, which raised its price to 600$. Still, it’s a very good option for those who play Minecraft mostly and don’t plan on trying out all the AAA titles. It’s because there’s no discrete graphics card.

The laptop comes with an AMD Ryzen 7 4700U, which doesn’t only deliver high-performance results, but also has an integrated GPU core. It’s the famous Radeon RX Vega 7, which won’t let you have top benchmark results, but is still more than enough for Minecraft. 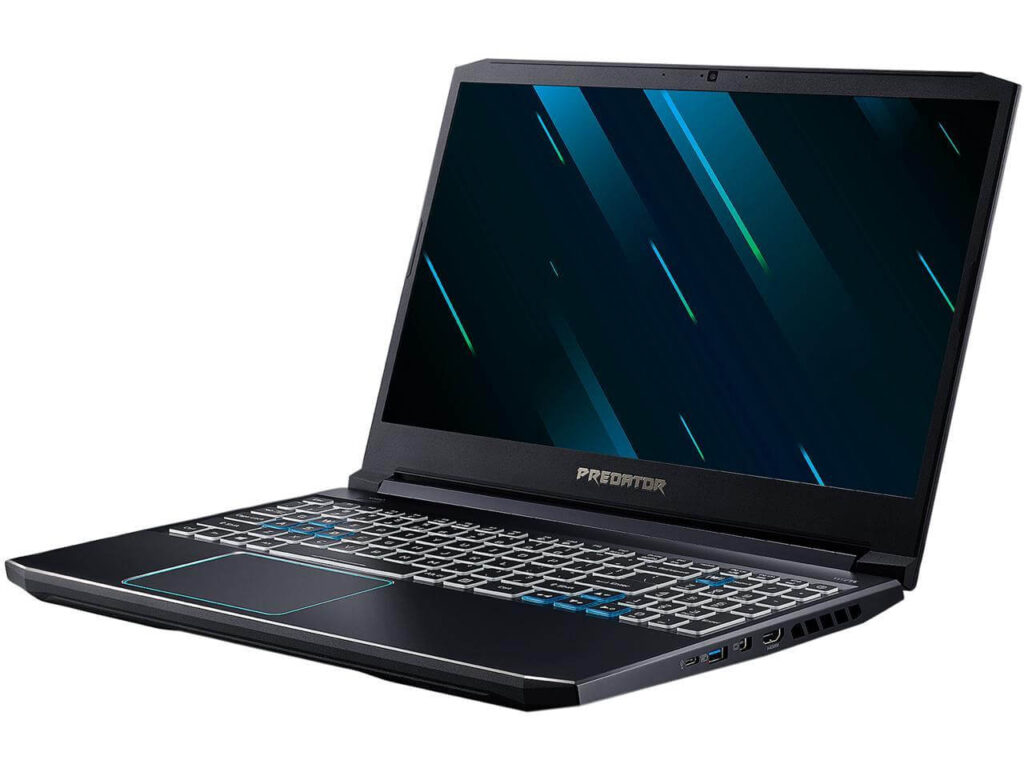 Coming at 1500$, this Acer Predator is one of the best laptops that can run Minecraft. Its modern hyperthreading 10th generation processor is one of the strongest players on the market. And the TurboBoost feature lets the clock speed go as high as 5 GHz.

The powerful core is matched with Nvidia RTX 2060 that supports Ray Tracing and has a GDDR6 standart. It delivers as much as 200fps on high settings, which can be seen easily with the 144Hz 3ms IPS display. And of course, the keyboard is lit up with adjustable RGB lights for the ultimate gaming experience. 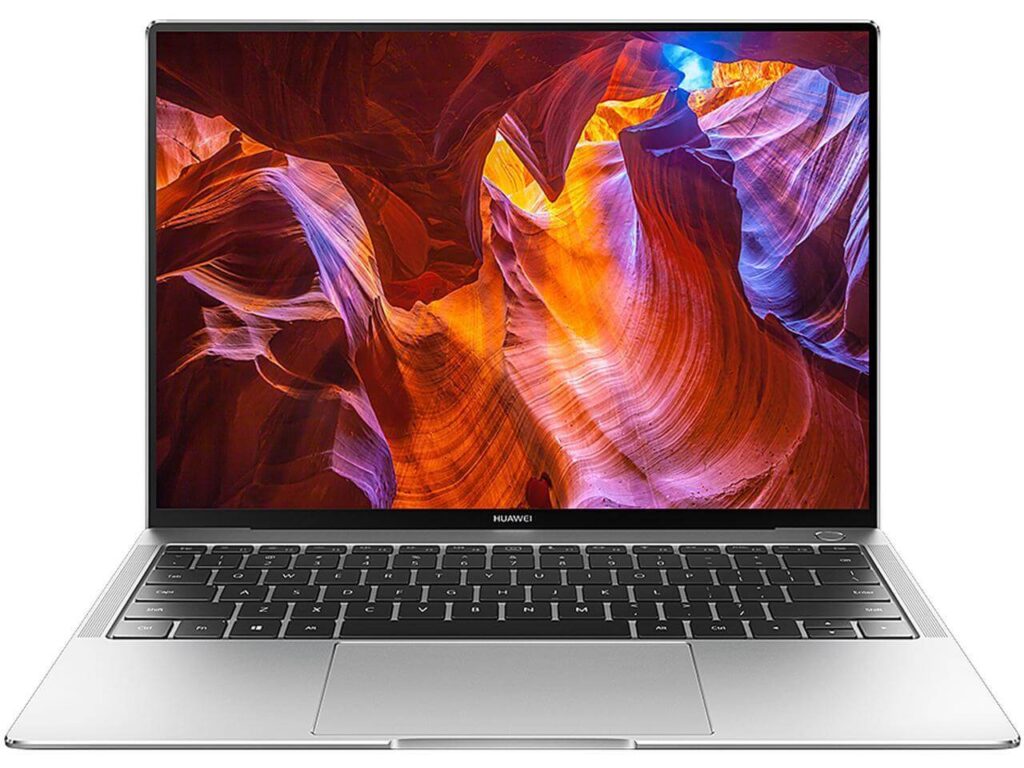 This laptop from Huawei may not have the most modern graphic processor, but it has a different strong point, which will be used by Minecraft players who also love to draw or model. It’s the 3K touchscreen display we’re talking about. At the core of the system is Intel’s i7 8550U with 4 cores, 8 threads, and up to 4GHz clock speed.

The MX150 is the mobile version of the well-known entry card GT 1030, which proved to be a good cheap GPU for games like Minecraft. Right, it won’t be able to handle the high settings as perfectly as more powerful cards like 1050, but gaming at 70-80 fps at high settings won’t be a problem. 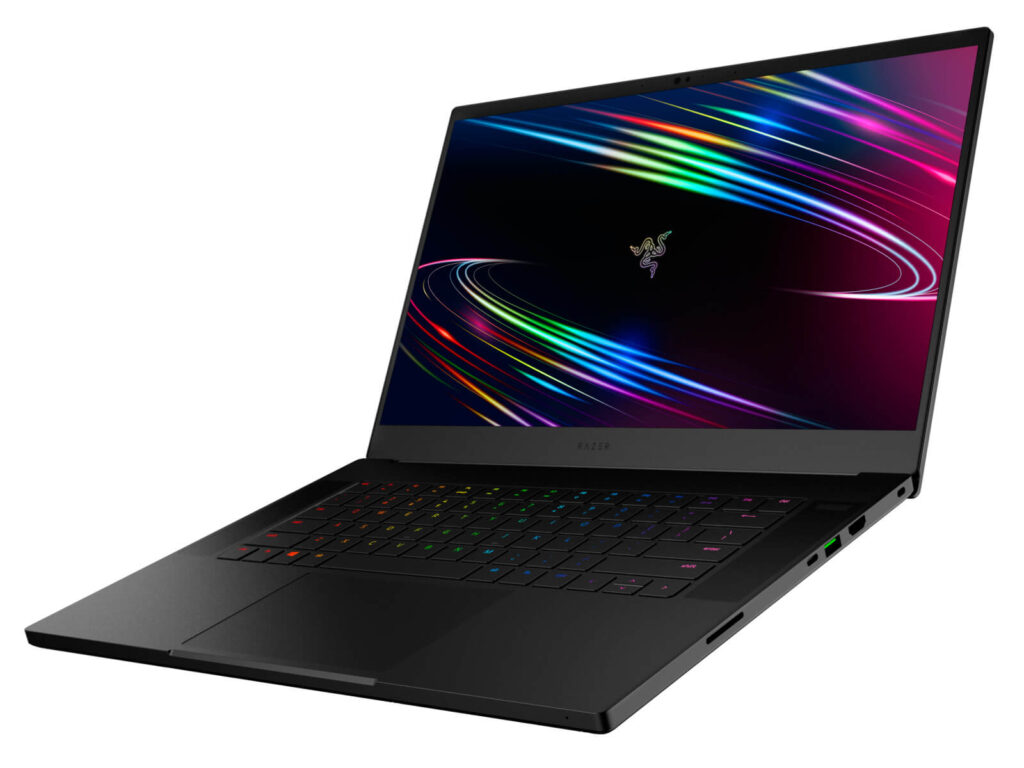 Razer Blade could be easily called the best laptop for Minecraft today. It has everything to be at the top, including a powerful i7-10750 12 thread processor and 6GB GDDR6 Nvidia GeForce RTX 2060 graphics card. Add the 144 Hz IPS display and sleek design, and you have the best Minecraft computer.

Gaming at 200+fps on high presets will be an easy task for it, and even if you decide to install some really demanding shaders, the Razer beast will eat them up with no trouble at all. Pair it with other Razer peripherals like the Deathadder mouse and Kraken Pro headphones, and every gamer will be jealous of your ultimate setup. 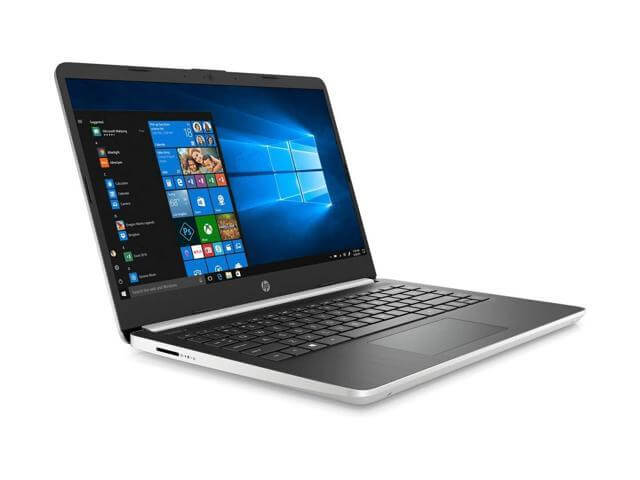 This is another good cheap laptop for Minecraft, whose price was affected by the global chip shortages. This system from HP comes with a decent i5-1035G4 processor that has an integrated graphics card. It’s called Intel Iris Graphics, and it shows pretty good results, as for an integrated GPU with only 48 cores.

Of course, 60+fps is still achievable on it, but it’s recommended to play on middle presets to achieve the best smoothness and eliminate the potential freezes and framerate drops. Overall, it would be the best laptop for Minecraft under 400$ if it wasn’t for today’s market conditions.

Now, let’s learn how to choose the perfect gaming machine yourself.

It must have at least 2 or 4 cores, which is probably the least amount of cores inside of CPU that are even produced nowadays.

The clock speeds may differ from one unit to another, but it’s recommended to go with 3+ GHz. However, pay attention to the number of cores and hyperthreading. In games, it’s better to have a faster clock speed but with fewer cores, compared to 64 core low-speed processors that are mostly used for rendering.

Start looking from 8th gen Intel CPUs, and their AMD rivals. Anything from these and newer generations will be able to handle Minecraft easily. Also, Minecraft is heavily dependent on CPU, so it’s better to spend extra on it, rather than memory or GPU. And don’t forget that mods and shaders require even more power, so the best option is the 9th and 10th gen processors (and their AMD counterparts).

This fight between AMD and Intel has been going on for decades. Yet, the winner in this particular competition is Intel. That’s because their processors usually have higher clock speeds but fewer cores, which is exactly what Minecraft needs. AMD, on the other hand, often focuses on hyperthreading and a higher number of cores with lower clock speed.

If you’re looking for a laptop for Minecraft under 300$, then you have to go with integrated video cards. They’re much less powerful than discrete ones but are pretty common in laptops, becoming a good budget option. A good example is AMD’s RX Vega series or Intel’s UHD that come in modern processors.

But for the best experience, search for the machines with dedicated graphics, starting with Nvidia’s GeForce GTX 1050. They are much more expensive, but the difference in performance is worth it, especially when it comes to playing modern games.

Finding a perfect machine for gaming is a hard task, but also a very rewarding one. Because while searching for the best laptop for Minecraft under 300$, you’ll learn how to analyze each part of the system, compare them, and decide what is more important. And knowing the requirements of the game, you’ll be able to find that ideal machine easily.

Such knowledge is very valuable, especially in the IT world and among gamers. Just think about all the future opportunities. You will be able to not only buy the best hardware and machines for yourself but also help other people with it. Who knows, maybe you’ll even become an expert in this sphere and start your own custom PC or laptop building business?

Overall, we hope that this list will become an inspiration to all the Minecraft gamers, that will push them into the wonderful world of computer hardware. Also, having knowledge of computer systems will be of great help when it comes to installing or even creating Minecraft mods.

Because once you get into gaming, you can never look at the common office machines that come with the same price but 2 times less power. It just teaches you how to search for laptops and computers the right way, analyzing the hardware and your own priorities. So, good luck with finding the best computer for Minecraft.