The Nintendo 3DS was introduced back in 2010, and it is still one of the most beloved handheld game consoles. Many people appreciate 3DS because it is lightweight and easy to take with you wherever you go. It is also one of the most creative consoles with built-in software and the possibility to share games between different generations of the system. Do you want to play games from older systems? No worries, it is available for you without the necessity to buy DS or DSi, but upgrading your current console. The great console has great titles, you may think. We should admit, there are so many exclusives and widely known titles we want to tell you about, it was a real quest to make this list.

You would love these games, even if you are not a Nintendo 3DS crazy fan. The console design allows you to immerse yourself in the story and leave with the sense of living the story with your characters or being them at some point. Some games are exclusives, while some are ported to other platforms. Let’s see what our list of best 3DS games has to offer.

Top 10 Best Nintendo 3DS Games that will carry you away 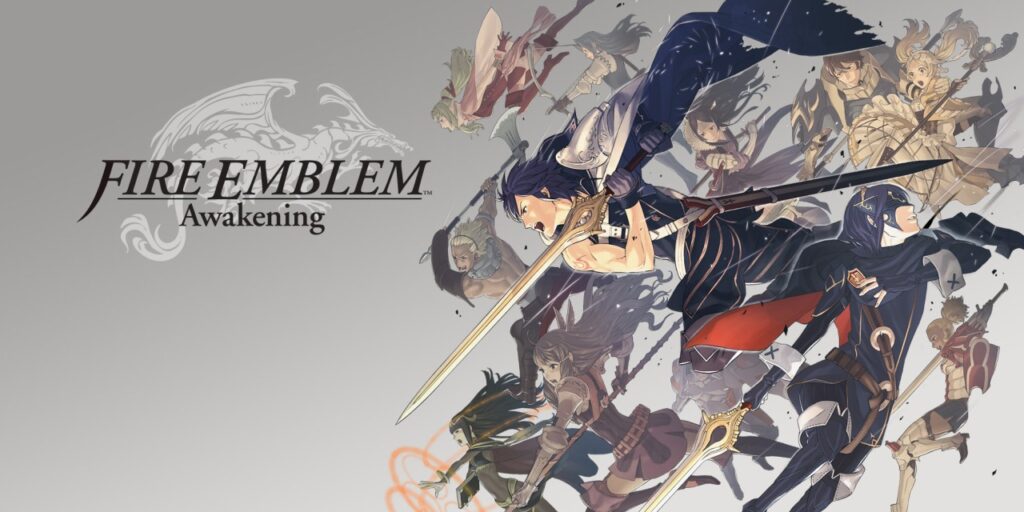 Intelligent Systems’ Fire Emblem: Awakening is a tactical role-playing game and a thirteenth entry in the Fire Emblem series. The game focuses on tactical combat and movement on the battlefield. On the other hand, you are building relationships between the heroes and upgrading their characteristics. The game has adjustable difficulty levels and different camera perspectives in the battles. It is not one of the popular titles, although it is beloved by the series fans. We advise you to give it a try, and you can discover that it will become one of the favorite Nintendo 3DS games in your collection. We won’t give you any spoilers about the plot, but your character is customizable, and you live in the fantasy setting.

The game has sold 1.79 million copies worldwide and became one of the most successful Fire Emblem series entries. If you like fantasy world and want to add a new franchise to your top list, then Fire Emblem is a perfect pick. 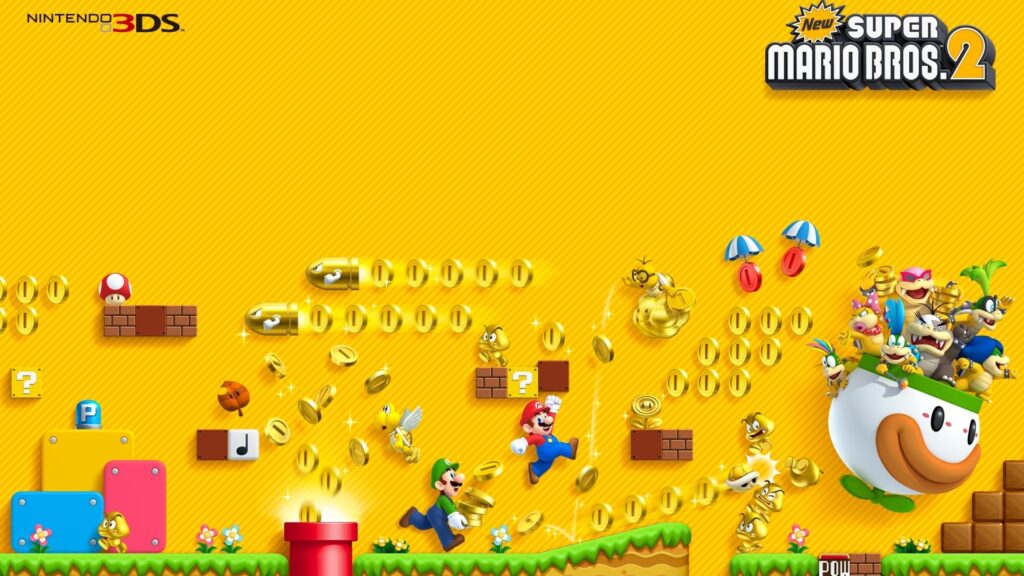 Nintendo’s New Super Mario Bros. 2 is a 2D side-scrolling platformer that has the same plot to its predecessors. However, this game focuses more on coin collection, and it has a special mode, “Coin Rush”, where you have to finish the levels as quickly as possible and collect as many coins. The game story has a single-player mode and multiplayer, where you have to ask your friend with 3DS to join you to play the levels. You discover some new elements as you play the game, so we won’t spoil you the process. The game has high replayability, as you can replay the levels (85 levels in total) and try to collect all coins.

The game sold more than 13.34 million copies worldwide and received critical praise. Without a doubt, we all love the titular brothers’ adventures and consider it one of the best Nintendo 3DS games ever.

8. The Legend of Zelda: Ocarina of Time 3D 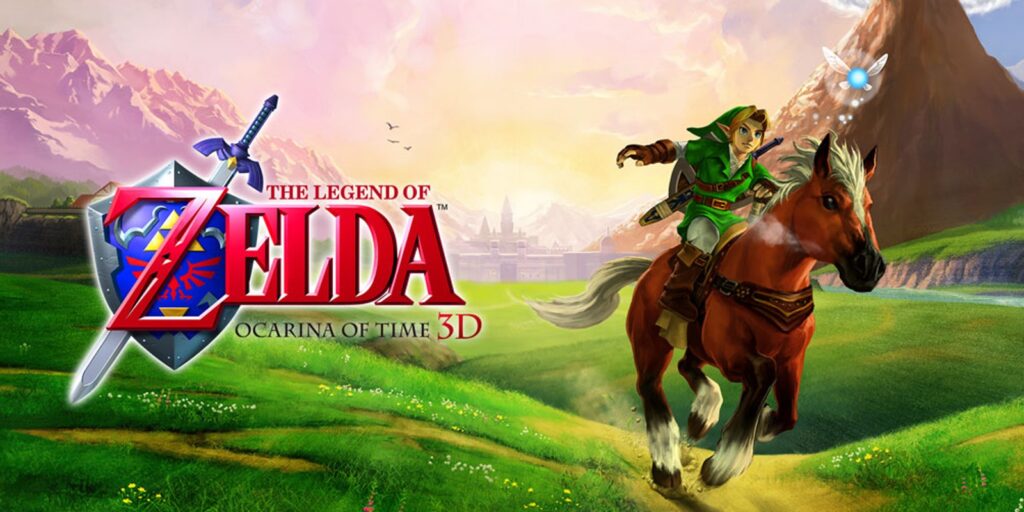 Grezzo’s The Legend of Zelda: Ocarina of Time 3D is an action-adventure game where you have to step into the journey to stop Ganondorf from obtaining Triforce, the sacred relic granting wishes. The 3DS version has modified dungeons and mirrored overworld, switch items, boots, and tunics. You have to use a touch screen to play the ocarina, but overall the game is similar to the original title. At the same time, some graphics were advanced without changing the world, and you have quite mixed feelings that something is off. However, it doesn’t impact your player experience.

More than 2 million copies were sold, and the game received a lot of positive reviews both from critics and players. It is a must-play if you have Nintendo 3DS. No excuses are accepted! 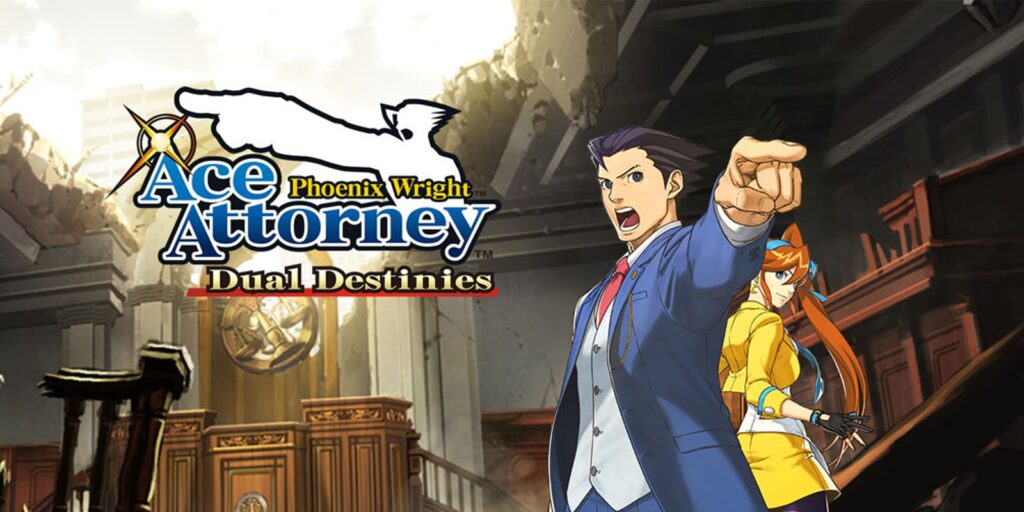 Campcom’s Phoenix Wright series is one of the most popular visual novel adventure games ever made. Dual Destinies is the fifth main entry of the series that is ported for smartphones. You play as three characters, Athena Cykes, Apollo Justice, and Phoenix Wright, in the quest to solve multiple cases and save your clients. The gameplay has two sections of investigations and trials. During the investigations, you have to examine the environment with a cursor and talk with witnesses, while during trials, you cross-examine witnesses and have to reveal the truth. The drama and humor of the game make it as good as any other part of the series; you won’t be disappointed with this favorite among Nintendo 3DS games.

The game sold hundreds of thousands of copies and received fan praise. If you want to join the world of crime procedural drama, Dual Destinies can be your first entry to try. 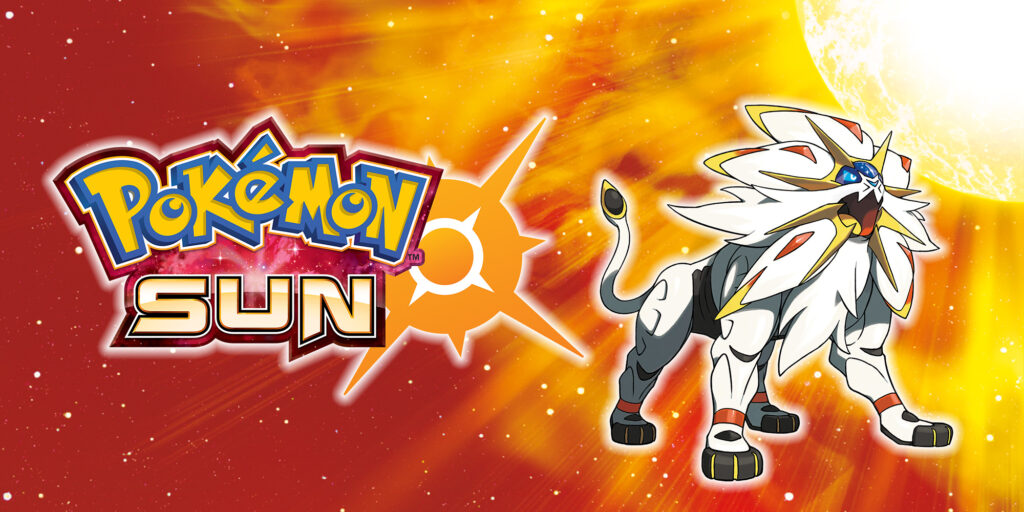 Game Freak’s Pokemon Sun and Moon are role-playing video games that have adventure elements with a third-person perspective. The story is as old as the franchise – you catch and train unique creatures and participate in the battles. You can also trade your Pokemons using 3DS connectivity features and join multiplayer mode. The games include a new type of move – Z-Moves, which are allowed to use once during the battle. Hidden Moves familiar by the previous series are replaced by a Pokemon creature that can be summoned. The bottom screen is used as a map, which is quite convenient for players.

The game has 4.5 million copies sold and quite favorable reviews from players and critics. It is time to add Pokemon to your collection of the best Nintendo 3DS games of all time. 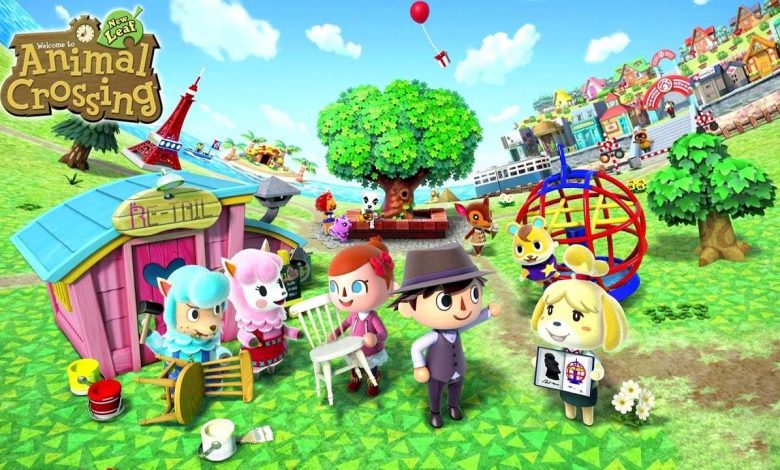 Animal Crossing: New Leaf is a life simulation game developed by Nintendo for the 3DS console. In this game, you become the mayor of the town and have more goals and duties to accomplish, in addition to other fun elements you can experience here. New Leaf introduces many new features: the enhanced customization and award system that will please you. You can also customize the town and work on making it wealthier and more flourishing. You still move around and communicate with characters and participate in fun activities.

The game has sold more than 12.45 million copies worldwide and received positive reviews from critics and players. The game is perfect for any age and allows you to relax and distract from other games’ competitive modes. Definitely a must in your life-simulation genre list. 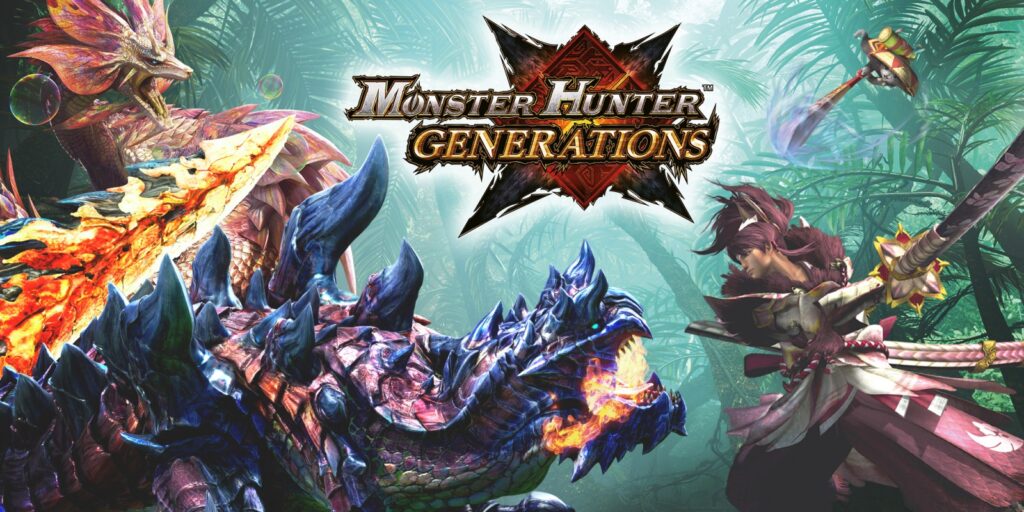 Capcom’s Monster Hunter Generations is a role-playing action game, the part of Monster Hunter series. You take the role of the hunter and join the quest to hunt dangerous fantasy creatures. The cooperative multiplayer and open-ended monster-slaying makes it a perfect way to kill your boredom. You can customize your combat style and enjoy the almost cinematic experience of the battles. The console design allows you to advance your battle experience and lock onto new enemies without any problems. If you defeat powerful enemies, allow you to loot the items for powerful weapon upgrades, and your character upgrading process is just a joy.

The game has sold 4.1 million copies worldwide and received various awards and critical acclaim. If you like story-quests, monsters defeating tactic battles, and the Monster Hunter series, this game will be one of your top 3DS games. 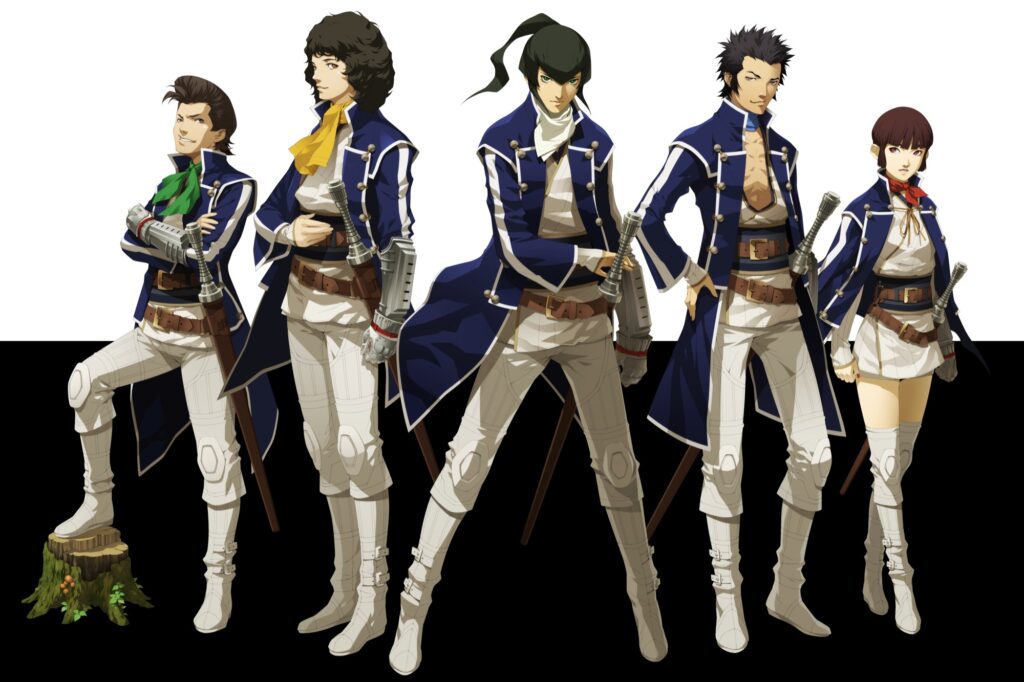 Megami Tensei is one of the oldest video game franchises, and Shin Megami Tensei 4 is a role-playing game by Atlus, which was designed specifically for Nintendo 3DS. The story is not connected to previous parts of the series, so don’t worry if you miss some major events or plot twists. You play as a Samurai, the guardian of the realm that can defeat and capture demons. The game also includes demon collection and fuses them into new creatures that you can use as sidekicks in fights. If you feel lost, in-game AI will help you out, and the overall game mechanics are very intuitive.

It is rated one of the best 3ds games for a reason: the game received overall positive reviews and sold over 600,000 copies worldwide. If you want to play one of the most iconic Nintendo 3DS games, then it is your first choice. 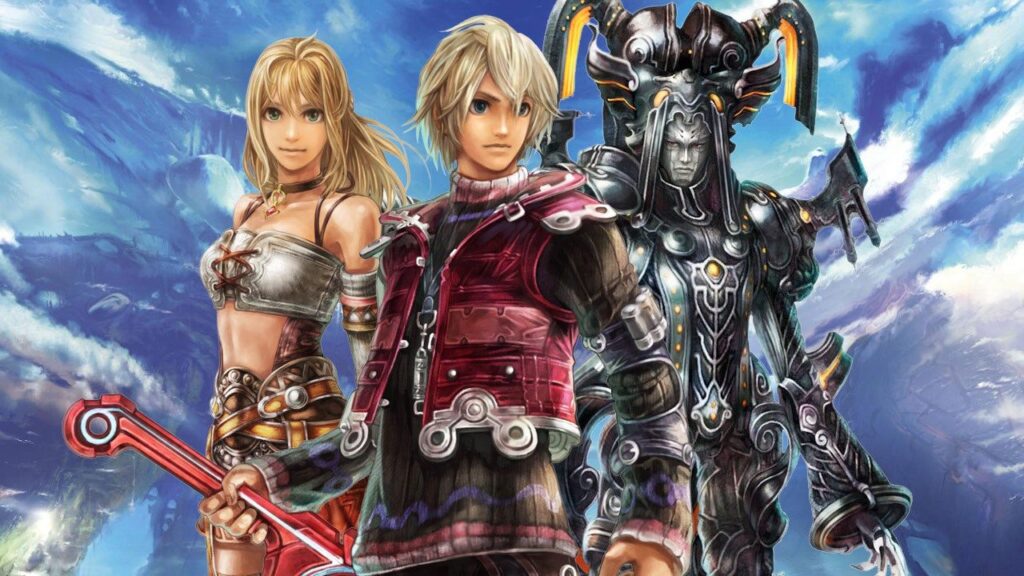 Monolith Soft’s open-world action role-playing game Xenoblade Chronicles is one of the most interesting entries on our list. The story may seem bizarre at first glance, but after you get acquainted with heroes and their motivation, you easily become invested in it. The game has a real-time action-based battle system, and the learning is quite demanding. You spend about 7 hours to grasp the basics, including combat, but you can enjoy the game as soon as you unlock it. Yes, it sounds like it is no fun to learn about all the game mechanics and plot, but we promise it is worth it.

Overall, the game sold 1,32 million copies worldwide and received the most favorable reviews. If you are not afraid of learning, then Xenoblade Chronicles 3D would be a perfect pick for you. 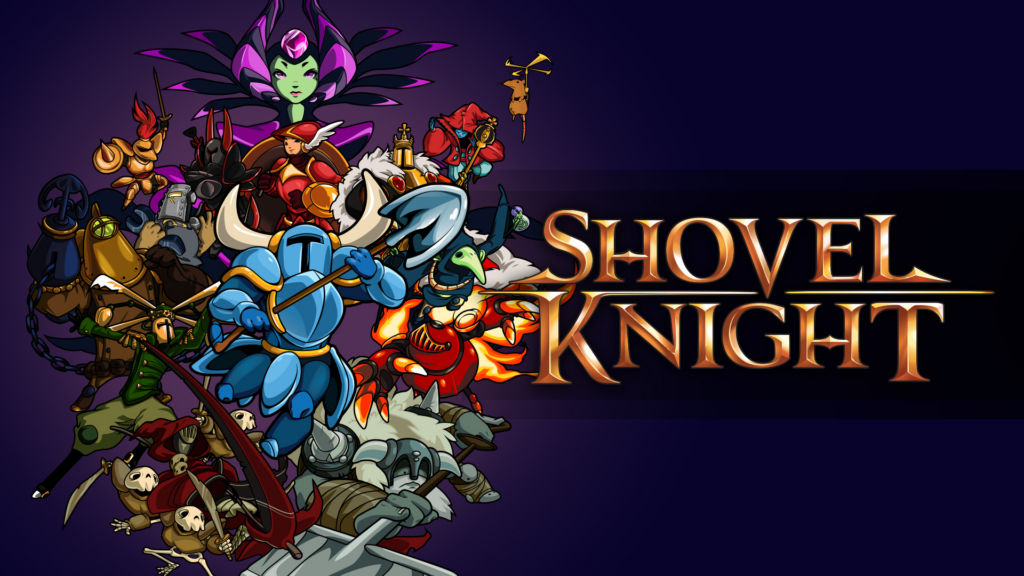 Yacht Club Games’ Shovel Knight is a 2d side-scrolling platformer with 8bit graphics resembling the games you could play on the original NES. This indie project is an ode to nostalgia where you start your journey as the titular Shovel Knight and explore the world and fight against the Order of No Quarter. The stages feature battle through various terrains, collecting treasure, and challenging the final boss to proceed. It sounds quite easy in comparison to other elaborated game universes, but you fall in love with the gameplay so quickly you have no time to complain. Honestly, there’s nothing to complain about.

Shovel Knight is considered to be one of the best games of all time. The leader in the top 3DS games, it received various awards and sold 2,65 million copies worldwide.

East or West, Nintendo’s best, you may think when you read about all these heartwarming titles that bring a sense of nostalgia or discover the game you never played. 3DS is definitely a turning experience that allows you to relax from a big screen and sit comfortably on your sofa. We think some consoles have to wait for their special spotlight to shine bright like a diamond. We really think that it is a different experience and it provides you with even more emotions.

Have you noticed how many titles revolve around role-playing or novels? Do you like this game genre? Some of the games are considered to be true masterpieces, and we won’t be surprised if they receive a Pulitzer Prize one day. Also, join our WhatsHappening YouTube community for more top lists, game and film reviews, and the latest news of pop culture, education, and the world. We always try to make the best top lists and provide you with the most relevant topics to consider. Don’t forget to click on the notification bell to avoid missing the newest videos.

All Locations On The Metro Exodus Map