As with numerous creative projects, the idea of Hytale was born from limitations. In 2014, the license agreement of Minecraft changed the conditions of in-game micro-transactions. This change heavily impacted the “Hypixel” Minecraft server team; it lost 85% of income. At this moment, the company decided to make their game on which Hypixel would have full control. The original Minecraft software would not allow realizing all Hypixel developers’ ideas. Therefore, they decided to create a block-based game from scratch due to the experience they already had in this field. Development began in 2015. In 2016, the “Hytale” trademark was registered, and the Hypixel team started a collaboration with Riot Games, which became Hytale’s investor. The estimated cost of the game is 3.6 million dollars. The public reveal was in 2018 when the official website started a countdown.

After its end, the website had a few articles about the game and a trailer. Since then, the website is regularly updated with information about the game’s world and development status. Right now, you may learn the latest Hytale news on it. The website features the Hytale beta release date also.

The Hypixel team consists of developers from different countries. Hytale’s main office is in Northern Ireland, but developers work in Canada, Australia, and even Russia also. One of the lead developers, Noxy, announced the work on this game on the Hypixel forums and enlisted the development team members. Collaboration between Hypixel and Riot Games made a new step in 2020, and Riot Games became the mother-company of Hypixel. The Hytale release date is planned in 2021, for PC and macOS. Hytale’s price policy has not been announced yet. Also, there’s no information concerning the consoles release or Hytale presence on the new generation consoles. Hytale download will be available after the game’s release in beta. Hytale price after the Hytale Release Date was not announced yet. The game is a sandbox adventure in a magical universe, which includes five planets, filled with different biomes and regions. This fame takes the ideas of Minecraft, Spellbound, and Terraria and elevates them on the new level, creating a familiar yet fresh experience. We start as a no-name adventurer on the first planet and free to explore the world, create our items, and to battle vicious monsters. Still, there is an adventure mode, which offers a line of quests to save the solar system from the supreme evil Varyn. Players find parallels with Skyrim and World of Warcraft in Hytale’s plot.

However, Hytale developers state that the main inspiration for the game’s adventures is Neverwinter Nights 2. The game’s storyline is not about detailed characters or unique, hand-made quests, but about the flexibility of the hero’s adventures and the creation of memorable experiences for each player. And deep gameplay mechanics will help in this purpose.

The core gameplay resembles other sandbox adventures, such as Minecraft. However, it has numerous quality of life improvements, which make it more engaging and fun. There are three game modes in this game at the moment: adventure, minigames, and creativity. Adventure implies survival in the world of this game, doing quests, and crafting equipment for exploration and combat. Minigames mode includes short sessions of minigames, such as kart racing or fishing, to have fun with friends or random players. Finally, the creative regime allows the creation of different constructions and art objects without any limitations. This Game has variation not only in block colors or materials but also in different shapes and forms, which makes the creative process less tedious and more expressive.

The adventure mode is the main focus of the game. In this mode, you are to explore different regions of the wast gaming worlds, combat dangerous creatures, and build shelters to proceed forward. On the paper, it may sound the same as in Minecraft, but dozens of details make the Hytale experience more comfortable and engaging. The gaming world may be randomly generated or fine-tuned by a player for a more satisfying experience. For example, a player may create a world without water or with a scarce amount of resources, making survival even more challenging. A player has a map of a game world from the very beginning, which makes navigation a lot easier.

The map allows making user’s marks and tracks the progress of different activities. The quest system contributes to the immersion and gives a player not a plain world filled with different kinds of creatures but a living ecosystem. Animals behave like animals should, beyond the simple fight or flight reaction. Hostile creatures have different ranks and act respectively, simulating a cycle of day and having their influence on the world.

A player may change the world around them, capture enemies’ outposts and camps, rebuild them for his needs, or burn them to the ground. The crafting system provides all necessary information concerning the recipes for items, needed materials, and conditions for crafting. Enemies have visible health bars, which allow tracking their conditions without any additional tools. Besides such simple but necessary elements, Hytale has advanced visuals and physics for a block-style game. Trees have different types of blocks for branches; there are blocks, which make clear distinctions between biomes and regions, trees thave honest physics – if the lowest block is cut, then the whole tree would fall; fire has particles, water shows reflection, and ice wraps it. However, these are not all of them – dynamic shadows are added in the latest build, and more graphical improvements are upcoming. By all means, this game looks good. Comparison with Minecraft suggests itself straight away: passionate developers, who were supporting one of the most popular Minecraft servers, create a game of their dreams. However, there are crucial differences between Hytale and Minecraft, and they lie beyond simple crafting or mining. Minecraft is solely about discovery and self-expression. You spawn in the middle of nowhere, with nothing to eat and nowhere to go. You are free to do whatever you want. You state the purpose for yourself and try to reach it. Of course, there is a nominal aim to kill and Ender dragon, but the goal is solely optional. Worlds of Minecraft are usually barely inhabited, and stumbling upon a village or a cluster of monsters is an event on itself. Hytale beta, on the contrary, tries to give you more materials for adventures, to feel entertained, and to engage in the world’s activities. And the game gives you all the necessary tools for it. Of course, you are still free to go wherever you want, but that’s not the primary goal of the game. As was mentioned earlier – Hytale is about designing your adventure by game means, with a story, quests, and RPG-like progression.

However, there are more differences between Hytale and Minecraft. New game supports a wide software toolkit, which allows creating different game modifications, additional content, and even machinima movies. All of these are available in the Hypixel store. The creators’ toolkit includes animating and scripting programs, which makes the easier implementation of the new content in the game. This toolkit is a full-fledged component of the game, which developers use by themselves. This fact makes creative expression in this game even freer and more accessible. Besides, players may share their modifications within the game freely. They may imbed modifications during the game process, to see how the game will look and how it reacts to mods in real-time. There is even a cinema, which allows watching youtube videos together right in the game. In the end, Hytale would be popular among content creators and modders of all sorts.

Right now, the game is in the alpha stage, and beta is upcoming. You may sign up for it on the official website. The Hytale release date in beta is assigned in 2021 and will receive regular updates. Hytale download will be available afterward.

One of the most anticipated games at the moment

This game was nominated as one of the most anticipated games on the 37th Golden Joystick ceremony in September 2019. The game stood near such giants as Cyberpunk: 2077 and Dying Light 2. The Hytale release will be a significant occasion in the gaming world. The Hypixel team persistence impresses: enthusiasts who wanted to create their game ended as some of the most discussed people in the industry, and this game as one of the most exciting upcoming games.

Authors update their blog regularly, but you always may learn more about game (and not only it) on our youtube channel – “What’s happening?!” Here we create video games reviews, share interesting facts and stories from the gaming industry, and tell about the latest novelties. Visit us, and you will know when is Hytale coming out on our channel. this game is a demonstrative example of how striving for creativity and freedom of self-expression finds compromise with business-related aspects of video-games creation. However, the Hytale example is not the only one, there are many more stories of talented and determined people, which may inspire you, and we want to share them with you. There are more interesting details about Hytale developments and updates such as a tunable palette in the character editor or personal servers creation. We collect such interesting facts into handy digests. You will be up to date concerning the favorite games and game news always. The channel’s news includes not only games themselves but interesting events in the industry, including expos, cons, and cyber-sport competitions. We want to create not only entertaining but informative content also; value your feedback and read our viewers’ comments. If you want to know what’s happening – visit our channel. 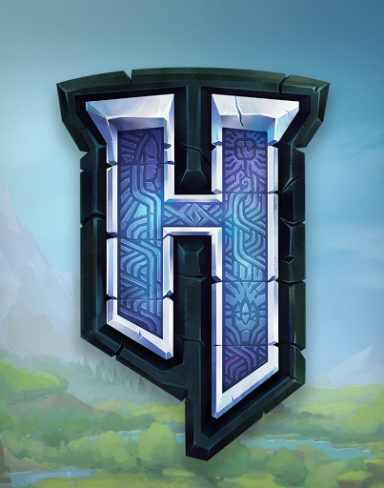