About Vikings War of Clans: Review

Vikings review: one of the best mobile Vikings game you should play 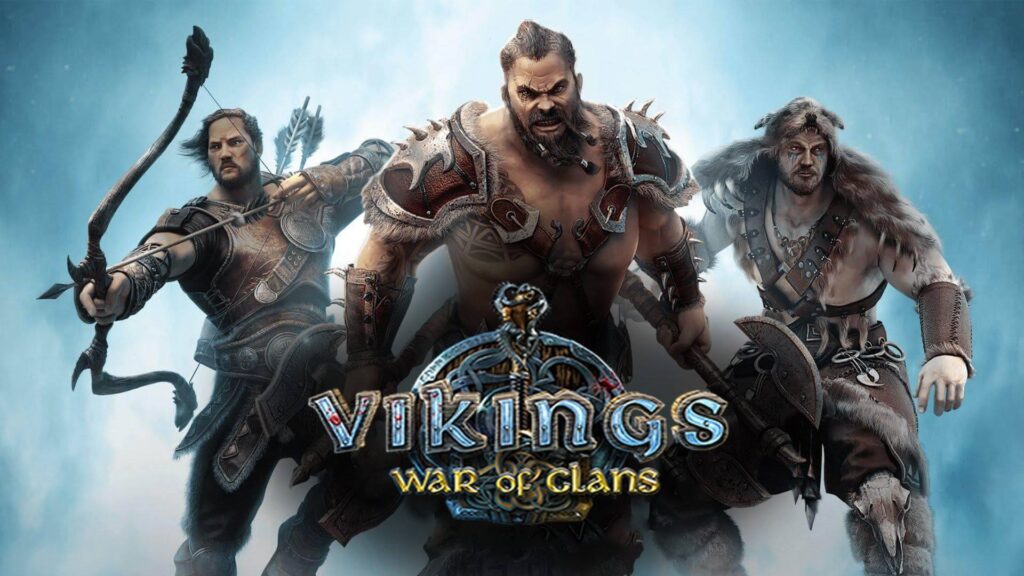 Games about Vikings is a popular theme in all games format and genres. War of Clans takes a niche of global mobile strategies and takes it successfully. The game was developed by Plarium and released in 2015. The strategy remains popular and relevant due to its deep mechanics, qualitative visual, and live, engaging community.

The Plarium studios is a company, which specializes in mobile strategies. They also developed Throne: Kingdom at War and Raid: Shadow Legends. Therefore, the Plarium mark on Vikings: War of Clans is a quality guarantor.

During the game creation, the development team used information from articles and books about Scandinavian Peninsula’s history. They gathered inspiration from documentary movies about Vikings` marches and the day-to-day life of early medieval Scandinavia.

Vikings War of Clans is an MMO strategy available on iOS and Android and browsers. The game inherits Plarium-created strategy games features that maintain a similar gameplay formula: base-building, management of resources, and armies training that is well-balanced early on.

Vikings is a popular and well-developed game. For example, French politician Frédéric Lefebvre compared the situation in France in 2016 with the strategic challenges of Vikings: you develop your settlement for hours to eventually start a clash.

Vikings: War of Clans – a path of a Jarl

A player starts their journey as a Jarl, a war chief of Vikings who takes the lead in both peaceful and war decisions of a clan. A detailed and complex tutorial will give a player a necessary image of the gameplay process. Each player has a village under control, which may be developed into a full-fledged town.

Gathering resources, collecting knowledge, and training troops are three main activities, which a player shall do on the screen of the village. Besides the town screen, there is a global map as well.

Each player receives personal coordinates on the global map. These coordinates may be used for diplomacy or war. A gamer would have a chance to change the location of their town once, up to level 6 of the town.

Geographically, players are divided into different regions – kingdoms. There are around 45000 players in one kingdom. At the current moment, there are more than 750 kingdoms in the strategy.

The ultimate goal of a player is to be the most successful Jarl in a kingdom and become a ruler of an entire land. It is possible in a competition in the Jotunhaim kingdom. However, making such a long way solo would be impossible.

Sooner or later, a gamer would face a necessity to join one of the game’s clans. Clans are a social function of the strategy. Clans share banners, shields, and quests.

Members of one clan may help other participants to develop, share resources, or help in war marches. Therefore, to become a successful Jarl, a player shall join one of the clans or create their own. 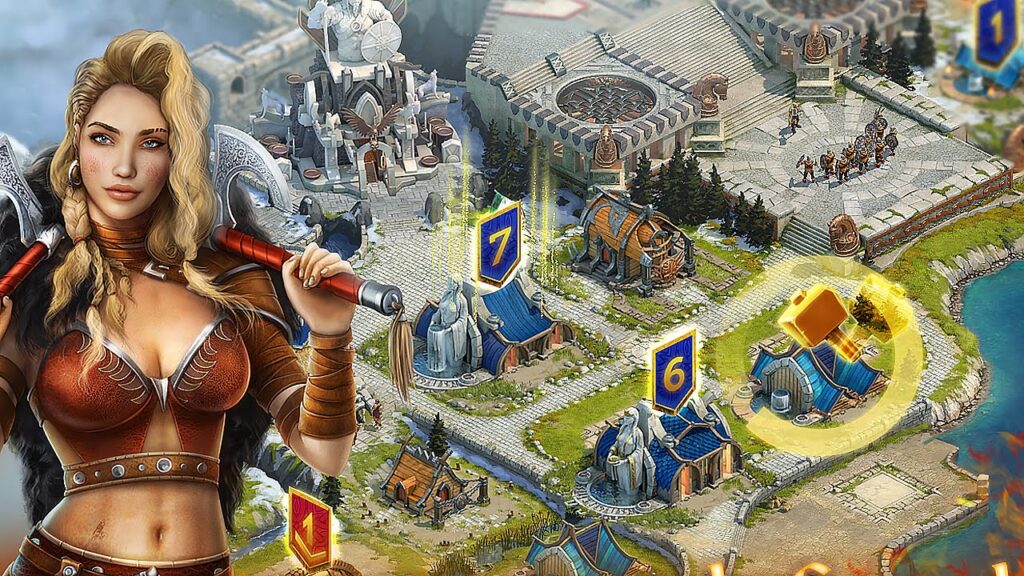 The gameplay of the strategy offers a classic flow in combination with global influence on a kingdom. On a micro level, a player shall gather resources and invest them in building new constructions, gain knowledge, and train troops.

There are such resources as lumber, iron, food, stone, silver, and “gold” – in-game currency. For these resources, a player develops their town. There is no wrong way to obtain resources and develop the town at an early stage. Therefore, a player may build up the starting chains of production as they wish.

Another vital mechanics is Oracle – a purple building next to the player’s palace. This place gives access to several fields of knowledge:

Besides the regular leveling experience, the strategy offers branch-like tech tree researches, which adds depth to the process. It is nice to see that this development is more than a filler and a time-consumer. They are full-fledged mechanics that do improve the troops, economy, and much more. 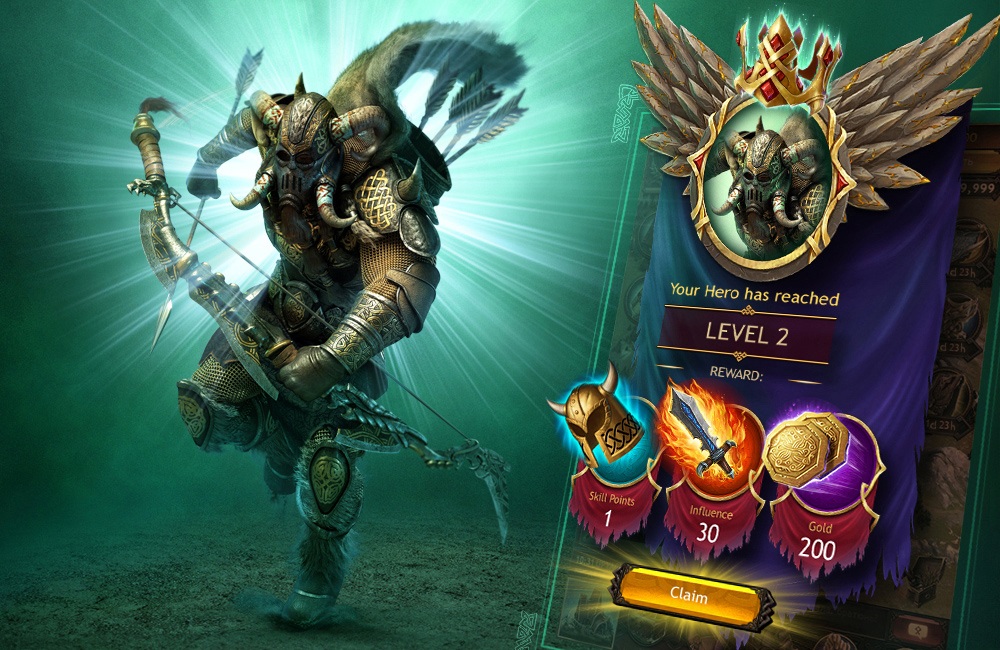 Another vital element of the strategy gameplay is heroes. The player takes the role of a Jarl, a ruler of their kingdom. Each Jarl has a customizable hero. It is a champion who serves as a war general and defender of a town in the war of the vikings.

The hero brings both customizable and gameplay functions. A player can change the hero’s appearance, gender, and any visual marks to represent themselves in a kingdom. From the gameplay perspective, a hero is a character responsible for the town’s development, invasion of other players’ villages, and defense against such attacks.

For that purpose, a hero has two branches of development: town and invasion related. Besides, the hero can obtain different artifacts, weapons, and armor, which will give him positive modifiers for gameplay functions.

The hero is a separate gameplay entity, which obtains its own experience. Therefore, while completing the strategy`s tasks, it is crucial to pay attention to the hero’s experience reward as well.

At the beginning of the game, it would be wise to concentrate on the hero’s development in the town building branch to develop an economic basis and to prepare grounds for aggressive invasions and defense from them.

Respecialization of the hero is available, so the player will be able to balance their hero according to their game style and tasks at hand. However, the most efficient heroes are ones, which have specialization in a specific field. Specialization plays a vital role in the late game. Therefore choosing one is essential.

Vikings Online is a great community 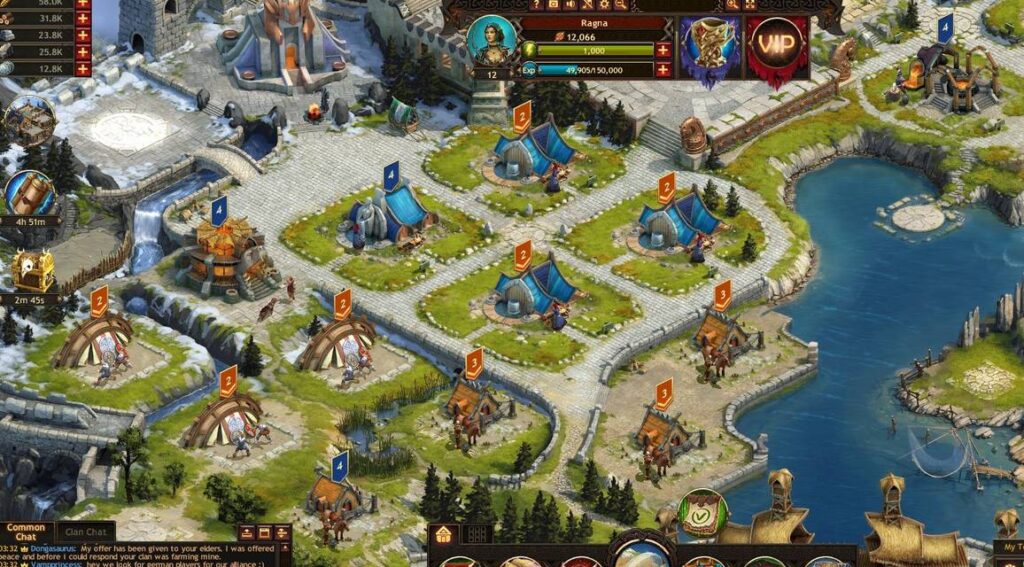 Vikings: War of Clans includes active communication. The challenge and the fun comes from interaction with other players in peaceful or war ways. One of the key gameplay elements is joining a clan. It would be wise to join a clan as soon as possible.

At the beginning of the playing, it may even be a random clan. Otherwise, you may create a clan of your own and cooperate with friends to join vikings clash of clans together.

A clan is a social interaction and a lot of feedback from the community. You will have all the necessary information and tips for early development from more experienced players. Besides the knowledge about the strategy, the clan is an actual help.

Your town will be a less likable target for invasion because other Jarls would consider the possibility of counterattack from your clan. You will be provided with the necessary resources to progress more quickly, and you will have access to clan activities, which are restricted for solo players.

Clan events are special tasks in which all of the clan participate. After completion of a clan event, players get rewards like gold, town skins, boosters, and bonuses for learning and building time.

The game is set in kingdoms, separate worlds, which include all players` towns with unique geographical locations and coordinates. Clans may be built around a geographical position as well. Moreover, clans may engage in battles with other kingdoms, which makes joining a clan even more valuable.

Vikings War of Clans – the most immersive browser experience

Besides the deep and detailed gameplay, the strategy has an astonishing and immersive atmosphere. This effect is reached due to qualitative graphics, animations, and music. The daily routine of the town, war marches, and construction process are well-detailed and interesting to watch.

At some point, you start to care about tiny people under your control, which enhances the overall experience. Vikings: War of Clans isn’t just about conquering and invading. In addition to taking care of your village, you’ll also need to upgrade your hero and your warriors as well as your ability to manage them. You can hire mercenaries if your men are lacking.

Whatever path you take, it will lead you to glory!

Here are a few tips on how to succeed in the strategy:

These tips won’t bring you an instant victory, but it will be easier for you to navigate the game’s world with them. If you want more awesome tips and news above vikings war of clans review – check out our youtube channel – “What’s Happening?!” Here you will find interesting content about gaming news. 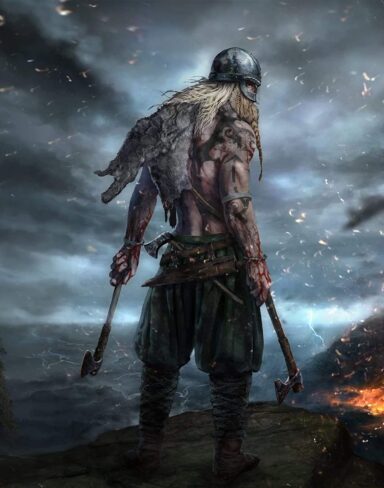