New Battlefield Game: What do we know at the moment? Battlefield series by Dice holds a tight niche of multiplayer shooters between arcade and simulators. Not so hardcore as Arma and not so conventional as Call of Duty, Battlefield sent players for a wide range of conflicts and periods: First and Second World Wars, Vietnam, and even battlefields of the future. The game features touching stories about soldiers on the battlefield, sometimes dramatic, and sometimes lighthearted, but always captivating. The multiplayer gameplay is another selling feature of the Battlefield series. It includes big-scale maps with different types of troops, vehicles, and aircraft. Players found them in an action-packed theatre of operations and were an important part of it.

New Battlefield 6 shall continue good traditions of the series and enhance them with the new generation consoles technologies. Battlefield 5 was set during World War 2; Battlefield 1 disclosed the hardships of the First World War. It is natural to assume that Battlefield 6 will return us to the modern setting. There are no details concerning the format of the story; in Battle field 5, there were separate episodes for different soldiers, while Battlefield 3 and 4 showed a coherent plot. Both of the formats may fit for the new game.

Next Battlefield Game and DICE A few words about the developers should be added to the New Battlefield Game discussion. Dice collective works under the Electronic Arts company and was supporting Battlefield 5 and Star Wars Battlefront 2. However, these games received “end-of-life” content updates, which means inner resources redistribution and allocating people on a new project, which is more than probably BF6. The Dice collective has proven that it knows how to make good shooter games. However, the pressure of EA and negative reputation, which accumulated around Battlefield 5, put Dice in a situation when they have to make even more than a good game to satisfy their fans. The next Battlefield game will utilize the powers of new generation consoles. The teaser during the EA play show demonstrated clips of more than a hundred soldiers on the field of combat simultaneously and advanced facial animation. These features will be available on Ps 5, Xbox series X, and PC. However, there is a tendency in the next generation of game announcements that they will be available for the previous generations too, Ps 4, and Xbox One. The existence of two versions of the new Battlefield game is possible, and the new generations will feature advanced graphics and smooth work in high resolution while the version for the old consoles would apply different tricks to keep the game running in lower resolution with less graphical advancements. Therefore, next Battlefield games release date may vary according to such adjustments.

What we expect from New Battlefield 6 The Battlefield series was always about the war without compromises. The full-scale battles, which may occur in cities, in jungles, or whatever landscape can be fit for the struggle. There were no expectations about a spectacular and deep story in an action-shooter game. However, Battlefield managed to create interesting characters within a simple frame of “good guys vs. bad guys.” For example, Bad Company 2 is one of the most favorite games of the series because of the charismatic and natural characters. At the same time, characters from Battlefield 4 looked more hysterical and plain than naturally as soldiers, who go through a large amount of stress.

The episodic structure of Battlefield 5 and Battlefield 1 contributed to the misunderstandings and negative experiences of players. Gamers don’t have enough time to get attached to the characters, to empathize with their struggles. In the end, even the most cinematic and ambitious cutscenes of the latest Battlefield games did not have the necessary impact. Dice should take into consideration what was working in the previous games and how it can be implemented in the new format if they will keep using such a structure of the storytelling in the next Battlefield game.

Battlefield 3 was a landmark of the genre because while rivals tried to impress players with directed scenes of destruction, gamers on the field were the directors of their fights. The surroundings crumbled under our shots and explosions, hostiles tried to take advantage of their and our position, and battle vehicles contributed to the real fighting experience. Still, Battlefield was not too simulating, there was space for making mistakes or playing for fun but not for competition with fierce and precise AI. In the latest games, Battlefield stepped in the domain of directed Call of Duty fights. The attempt was acceptable, but we expect more from masters of their craft. This should be taken into consideration for the new Battlefield game. However, most of the upcoming experience depends more on EA than Dice. At the moment, video games have already achieved photorealistic levels of graphics. Therefore, the new generation will try to impress us not with the image but with the stable work of a significant amount of objects in the frame simultaneously. For massive multiplayer matches, it implies even more combat vehicles, more soldiers on the ground, and bigger maps. At this point, the next Battlefield game has the risk of making matches too long or too big. Therefore, the classic regime 32×32 will remain. It would be a nice touch to include watercraft as a full-fledged participant in the battle. Usually, ships served as points of spawn or as aircraft carriers. However, controlling a boat with marines or torpedo boats for water interception would be a refreshing experience in the Battlefield combat.

The customization in Battlefield 1 and Battlefield 5 was present, but it did not have a particular impact on the combat itself. Parameters of the guns changed, but there was no real difference in their gunplay after such advancements. Modern shooters in realistic settings try to make a deep and meaningful gun customization system. Dice proved that it can work with the idea, but it needs to give it a good polishing and necessary depth in the new Battlefield.

Once again, everything balks into EA. Before the release, there were numerous promised ideas for Battlefield 5, such as adjusting artillery to vehicles or pulling wounded comrades out of hot zones. Still, there were no such features during the game release, without mentioning the whole game modes, such as Battlefield’s battle royale.

Matches for 128 players in BF6

There is a truthful rumor that the new Battlefield 6 will support matches up to 128 players. The feature itself does not bring amusement or interesting gameplay. There are examples of games, which may include even more soldiers on a map at once. The point is how Dice will utilize the new technologies and what new regimes will be created around such a large number of players. It is natural to imagine that such an amount of players should be placed in bigger-scale regimes, such as battle-royale or similar ones. For Battlefield 5, it was “Firestorm.” Dice may try to mirror the success of Call of Duty: Warzone and to implement a similar regime in their game. In addition to the vehicle presence on the game map and possible gun customization, it may bring new layers of gameplay in the battle-royale sub-genre.

When to expect BF6

EA confirmed that the next Battlefield game will be released in the calendar year 2021. Therefore, we may wait for an official announcement of the Battlefield 6 release date. However, the high stakes of entry for new generation consoles may put its limitations on the next Battlefield game development. EA suffered several reputation mistakes during the Battlefield 5 and Battlefield 1 releases. Therefore, a new Battlefield needs to be more than perfect, and games of such quality require more time for polishing. Still, there’s hope for the adequate development of the upcoming blockbuster. Support of Battlefront 2 proved that a game can pull itself out of the grave. Battlefield 6 will not bury Dice or EA, the publisher is too massive to shatter for another miscalculation. However, it is a chance to gain a positive reputation among gamers and to demonstrate the ability to make the newest Battlefield truly exciting.

While you’re waiting for BF6

The waiting for the newest battlefield may be pretty boring and long. Therefore, while you are waiting, why don’t you visit our youtube channel – “What’s Happening?!” Here we create video game reviews, check the latest new games, share interesting facts about games, and tell stories behind the curtains of the video games industry. Battlefield 6 is an anticipated game, but you may find something to ease your hunger for good shooter games. We regularly provide tops of the best games in different genres and themes, so you may discover something new and extraordinary for yourself, even if you are a seasoned gamer. We want to create not only entertaining but informative content. Thus, you will find interesting facts about the creation of your favorite games and the creative decisions behind them. If you want to know what’s happening – visit our channel. 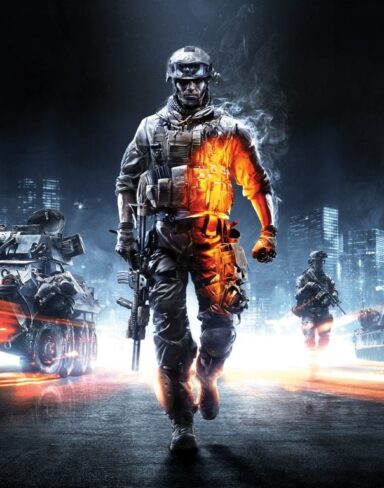