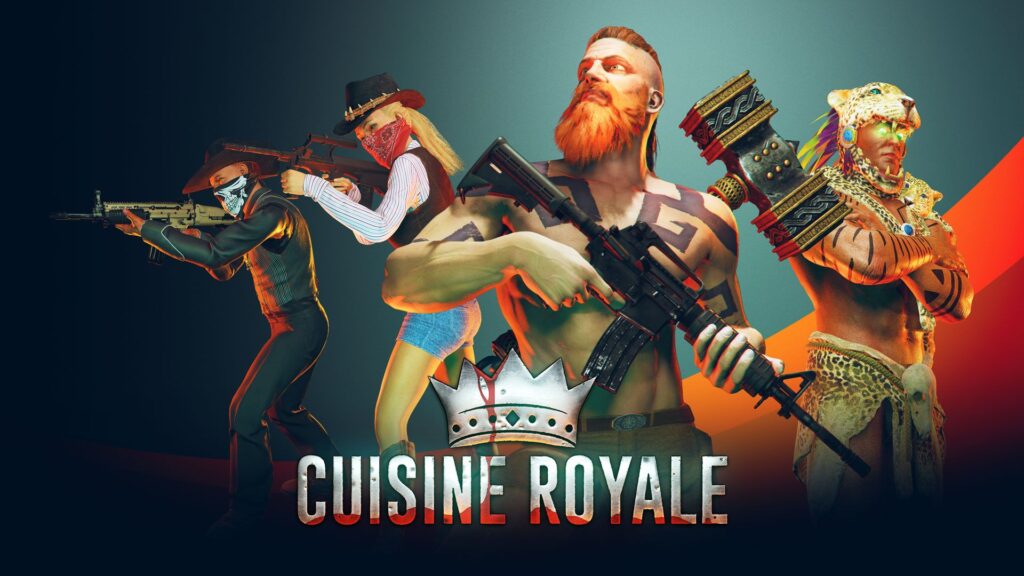 The battle royale genre is still on hearing. After the huge success of PUBG, a lot of major video game companies jumped into the hype-train to bite a piece of the audience pie. Naturally, parody games, which ridiculed the genre’s cliches and tone, appeared. Cuisine Royale was one of such jests. It appeared as First April fool’s joke as a WW II-themed shooter by Gaijin Entertainment, developers of War Thunder, in 2018. Two years later, the game still keeps the bar and shows decent online. Cuisine Royale: Ps4, Xbox One, and Pc versions are free-to-play. 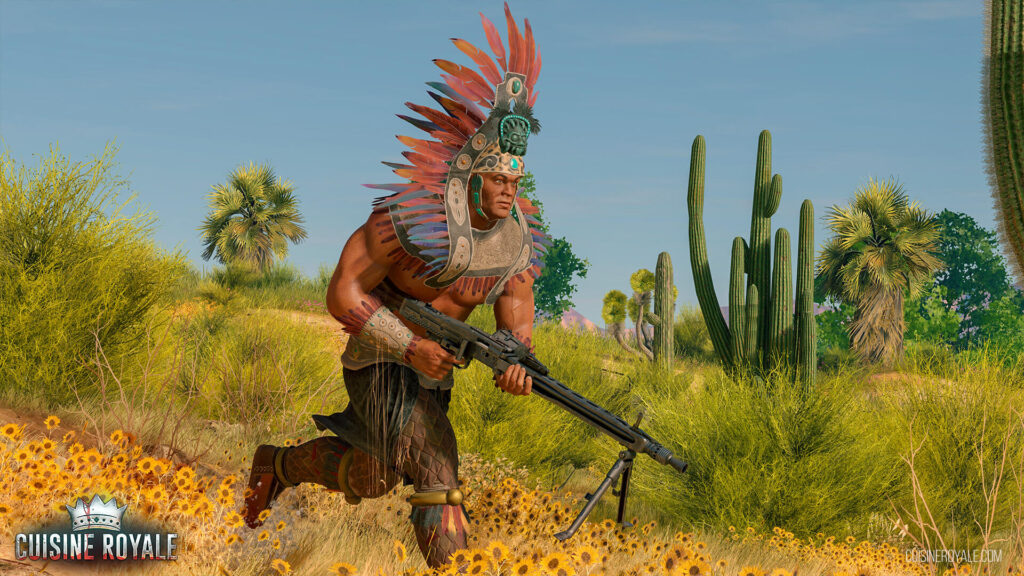 The game features familiar gameplay for the genre. Up to 30 players start on the map, particularly naked. They have to collect useful items on the battlefield, such as weapons, armors, healing food, and other stuff. The game has an overall lighthearted tone, which does not impose anything deadly serious. Naked people run over maps, wearing dishes and plates as armor pieces and killing each other with WW II guns. However, the game does not make farse from the process completely. First-person and third-person views are available, which makes the game accessible for different playstyles. There are several maps, which feature open spaces and close-quarter areas, which makes you switch between weapons regularly. The game keeps the basic program of an online shooter on a decent level. However, there are several features, which help Cuisine Royale stands out from rivals. 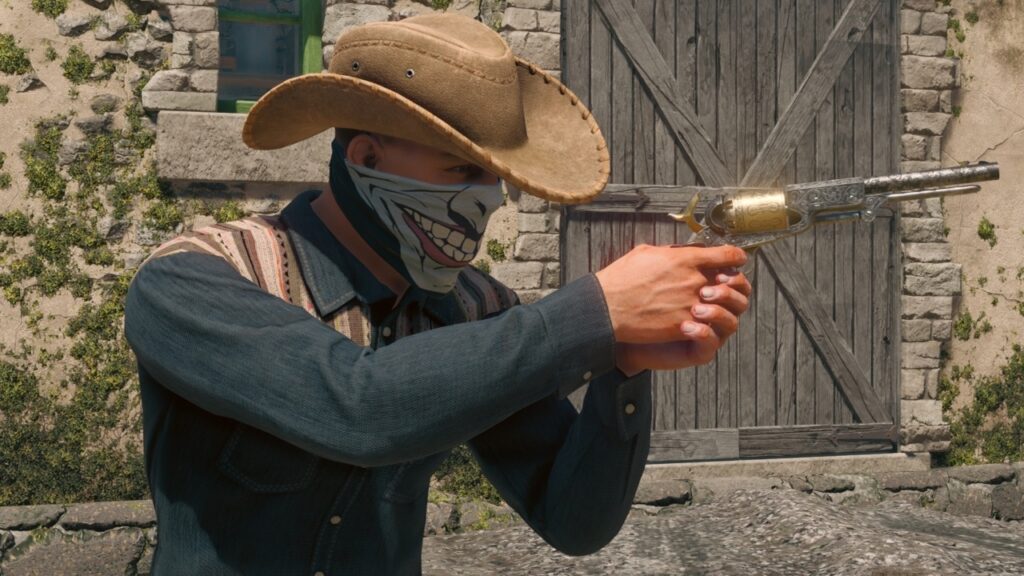 Cuisine Royale gives you the possibility to take part in matches not as a regular avatar but as a character with interesting abilities. There are such examples as rage mode, which makes you stronger but allows killing only in close combat, teleport between different places on the map, or slow down the time. Still, the element of random for the game is pretty high, and good luck plays as much role as your aiming skills. Besides the abilities, there are consumable power-ups, Mystical Signs, which are unlocked through the game progress. Early signs may give small boosts for HP or speed, while later mystic signs may turn wooden toilets into portals or summon zombie hordes. The abilities are unlocked through the souls collecting, which, you guessed it, are gathered after other players kill. This scheme keeps the game balance and doesn’t make any other player more powerful than the other.

Each battle royale game is better with friends 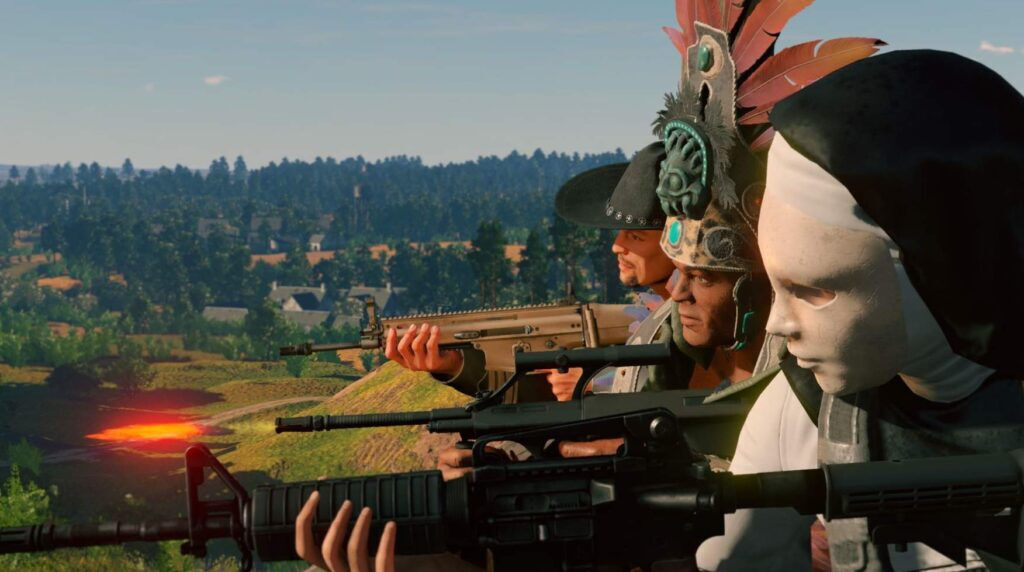 You may jump straight into the game solo, try your luck in duo, or going with a squad up to four members. The number of teams will be rearranged on a map, respectively. The game is still fun while you’re playing it alone, but the whole experience and game mechanics depth open when you play in squads: you combine different abilities, power-ups, and gun types, to handle enemies more efficiently. Besides, it features a comfortable and useful ping system to pinpoint gear for your teammates. Despite the humorous tone, Cuisine Royale has real-life examples of weapons, and you know what to expect from the gun once you’ve picked it up, unlike other games, which require time to get adjusted to new weapon systems. However, the game is not a simple boring shooter on a map filled with guns. Abilities and power-ups make the game, and each match, fresh and interesting. 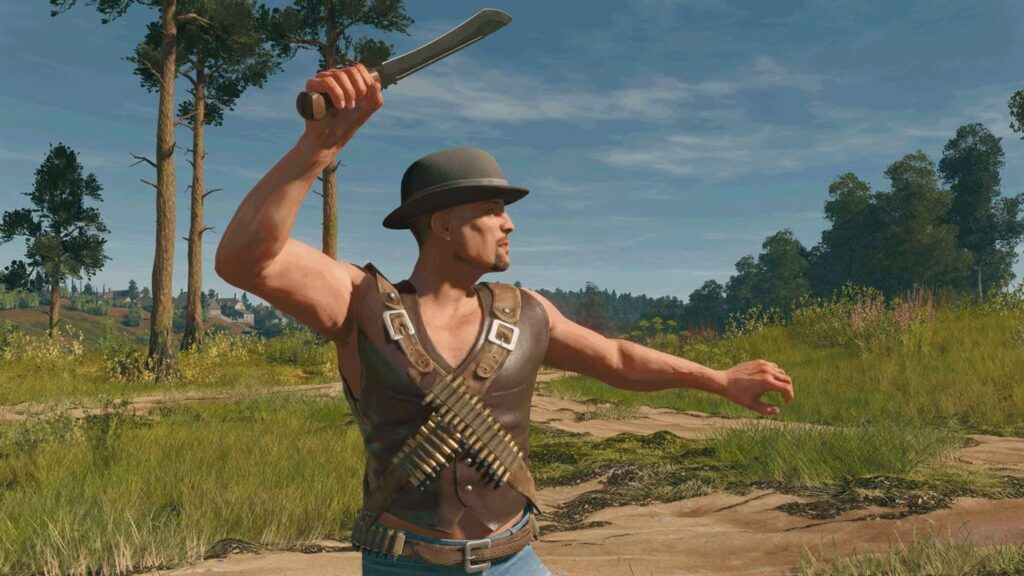 One of the most positive surprises from the game is how good looking it is on the consoles. The draw distance on Ps4 shows a decent level as well as the overall level of graphics. For a battle royale game, it is extremely important. The game level design is built accurately and include open areas and close trenches and bunkers to feature different kinds of shooting. You will jump into action soon enough. Still, it may take some time to engage with an enemy when there are only 40 persons on a map. The main theme of the game is kitchen stuff: players wear pots as helmets and cover their buttocks with a colander (there is an armor slot for this part of the body). Healing items look like food, and a speed booster is a pair of pink-rabbits slippers. The overall chaos and random do not spoil the overall experience because the game is already a bit crazy.

The unorthodox look of the game unties developers’ hands, giving them a possibility to bring a variety of updates. New characters have different origins and abilities, new maps are set in different sides of the world, distinguished not only by looks but by weapons sets as well. Finally, the game is free-to-play, which makes it accessible for a wide arrange of players. 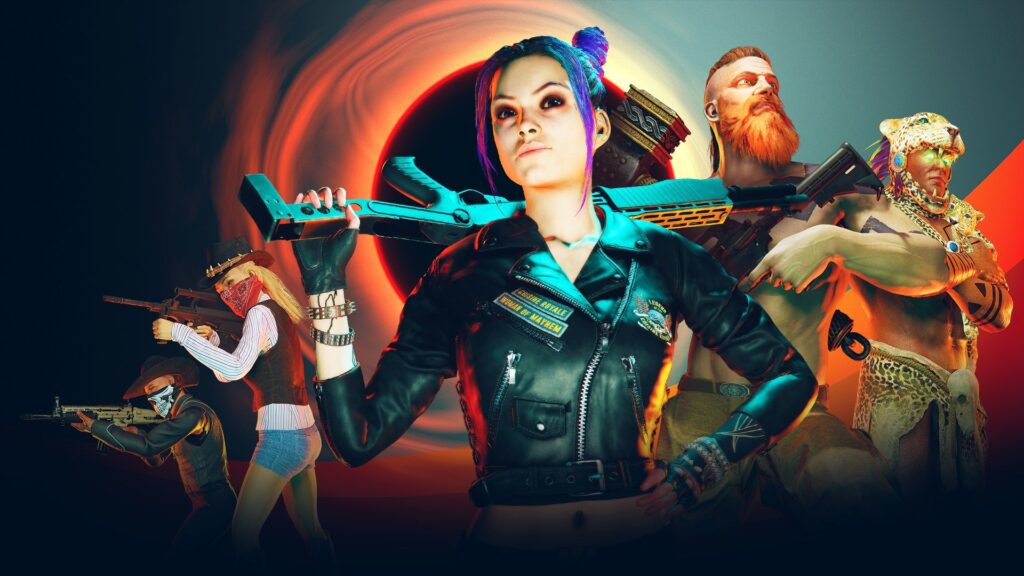 At the end of the day, Cuisine Royale is a good looking captivating game, under the humorous sauce, where the genre’s standards comfortably neighbor with parodies and tweaks to the standard scheme. It may not be as popular as its direct rivals, PUBG and Fortnite, but it is still worthy of the attention of battle royal enthusiasts. You may play Cuisine Royale on Ps4, Xbox One, and Pc. The game requires only 10 gigabytes of free space and some of your time to jump into one of the most polished online shooters experience. Online shooter games remain actual, and new games appear on the market to surprise players and present them with something new. You may check out these novelties on our youtube channel – “What’s Happening?!” Here we create video game overviews, share interesting facts about the industry, and keep you informed about the latest tendencies. You will find different genres and themed top lists and may discover something new. If you want to know what’s happening – visit our channel. 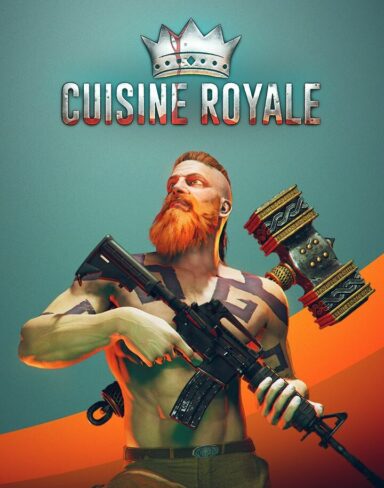